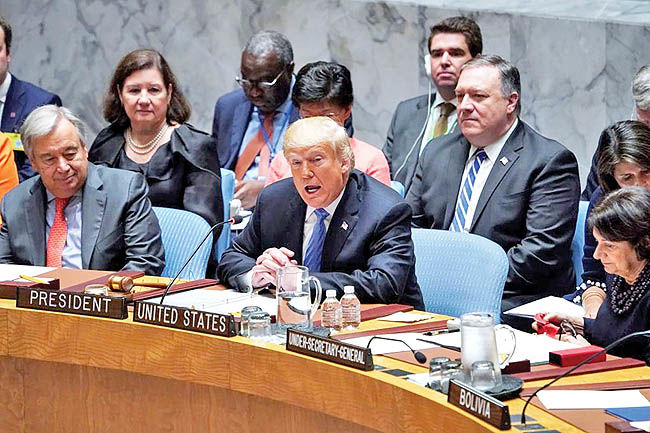 Online Strategic Council–editorial: Even though Donald Trump remains adamant in weakening international organizations with his unilateral thinking, the world stands united in recognizing the role of the United Nations and the Security Council in settling disputes. This seems to be a positive development.
Dr Abdorreza Farajirad- Geopolitical analyst

The United States of America, during the past several months, has suffered defeats in its diplomatic confrontation with Iran; On one hand, the proposed resolution of August 15 to the Security Council by Washington to re-instate arms embargo against Iran could attract only two votes one by the US itself and one by the Dominican Republic. Such failure is considered a heavy diplomatic isolation for the US government and signifies the defeat of Washington’s unilateralism. On the other hand, the US “notification” to trigger the so-called snapback mechanism and re-imposition of former anti-Iran UN resolutions on 20 September was ignored and rejected by the United Nations Secretary General and US European allies. Antonio Guterres informed the Security Council that he cannot take any action on the US notification on reinstating all UN sanctions against Iran because “there would appear to be uncertainty” on the issue.

The question here is: what will be  the consequences of this unilateral act by the US in triggering the snapback mechanism for the international community? And will we be witness in future to the return of the Security Council to its main function or to the failure of the US government to impose pressure further on international organizations?

The developments in August and September on the snapback mechanism and extension of arms embargo on Iran could be examined in several angels; First, it was the first time after the world war that such consensus is formed against the US in the Security Council; in the past, and in most of the cases, the UN Security Council members had blindly supported US resolutions and instructions. Second, this suggests that even though Donald Trump remains adamant in weakening international organizations with his unilateral thinking, the world stands united in recognizing the role of the United Nations and the Security Council in settling disputes. This seems to be a positive development.

In the meantime, the recent developments demonstrated that countries can contribute to global peace and security if they remain unanimous in resisting US unlawful objectives and unilateral efforts to cripple international institutes.

It is noteworthy to mention that what happened in the Security Council is the outcome of the absence of a good strategy and prudence in the White House decisions and actions; to put it more precise, the Trump administration was forced to follow such a misguided trend solely and only for the purpose of influencing the upcoming US elections.Trump had promised American voters he would withdraw from the JCPOA and would enter a new deal with Iran to stop it from enriching uranium, developing missiles and playing a decisive role in the Middle East.

Therefore, now that we are approaching the next US presidential elections,Republican supporters are questioning the effectiveness of the Trump withdrawal from the JCPOA and his failure to fulfill his promises. In other words, not only did the White House fail to stop Iranian enrichment of uranium, Iran stepped up its capability of enriching more uranium and the world became united against Washington in favor of Iran. Therefore, now the White House is manoeuvring over the snapback mechanism so as to partly compensate its defeats in the view of public opinion. 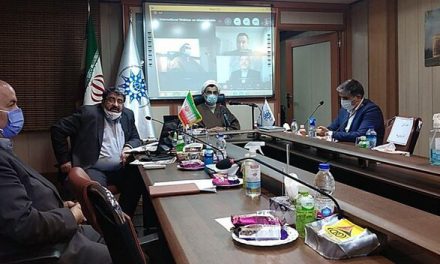 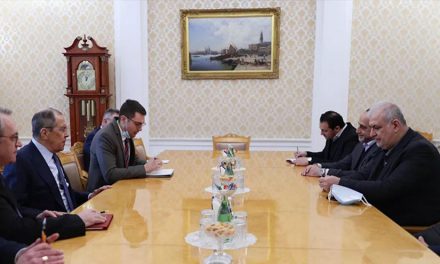 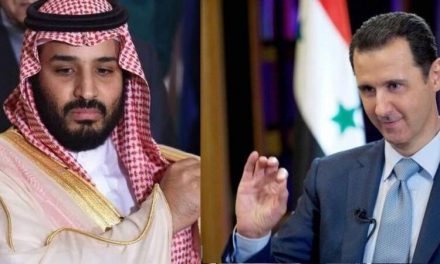