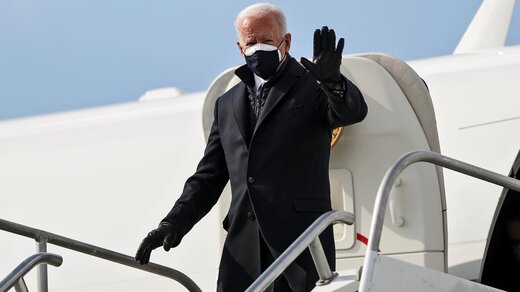 Strategic Council Online – An analyst of Europe affairs said that Biden’s visit to Britain and then to Belgium is an indication of the high importance of reviving transatlantic relations in the political sphere of Biden administration in the next four years. He added: The US emphasis on reviving transatlantic relations and at its helm the European Union, will not deal a blow on bilateral trade, political and security relations with Britain.

Ebrahim Bagheri, speaking in an interview with the website of the Strategic Council on Foreign Relations, considered Biden’s visit to Britain (June 11-13) as the first foreign visit of the new US President as highly important and noted: The purpose of this visit has been mentioned in the statement of the White House as to participate in the G7 summit in London and after this visit Biden will arrive in Brussels (June 14) to attend the NATO meeting as well as the EU-US session.

Noting that this trip is more about the importance of the US-British bilateral relations than about the importance of the G7 summit in UK, he added: Biden’s trip is taking place at the time of the Coronavirus pandemic. He has emphasized modeling for the safety of the American people and has so far avoided many trips that could be made because of global health issue. The only face-to-face meeting he had was with the Prime Minister of Japan, and the other meetings took place virtually.

Main goals of Biden’s trip to London and Brussels

The analyst of Europe affairs said: Commitment to re-establishment of the transatlantic alliance (after the rifts created under Trump), working closely with European allies and strategic partners, commitment to a multilateral approach for resolving global challenges and better securing US interests with European partners are the main targets of Biden’s trip to Britain and Brussels.

Bagheri reminded: Given that the first overseas trips of the US presidents show the foreign policy priorities of that administration over the next four years, this trip is of particular importance. The first foreign destinations of the US presidents are usually the northern and southern neighbors (Canada and Mexico) and Europe. For example, Obama’s first visit was to Canada, and then he attended the G20 summit in Britain, and from there he went to NATO meetings in Strasbourg.

Saying that Trump also started from Saudi Arabia and then went to Israel and from there made trips to Europe, he continued: However, Biden’s visit to Britain and then to Brussels (the headquarters of most EU and NATO institutions) is an indication of high importance of reviving transatlantic relations in the political sphere of Biden administration in the next four years. In fact, this trip will mean the end of the challenges and gaps created during the Trump era, and Biden wants to give new life to cooperation and alliance with its European strategic partners, while strengthening bilateral relations with Britain.

The analyst of Europe affairs stressed: On the other hand, given the challenges and gaps Trump had created with the G7 members over the past four years, Biden’s trip is a way to restore the group’s credibility and make efforts for cooperation and building consensus vis-à-vis future challenges.

He added: The White House statement also has referred to the “removal of concerns over bilateral and reciprocal foreign policy between the United States and Britain”, “strengthening of democracy by focusing on the rifts created under Trump”, “strengthening of digital cooperation and international trade between the two countries and followed with the European Union”, “tackling climate change and stimulating global economic recovery”, and “agendas for global health security”, as well as “commitment to multilateralism among US allies based on their values”, as the most important agendas of this journey.

Meanwhile, Bagheri stressed that the trip would focus more on strengthening and reviving relations with the G7 than on bilateral relations, adding: Regarding the US-British bilateral relations after the Brexit, it should be noted that Biden wanted Britain to stay within the EU to reach a consensus with a coherent body to manage global challenges more easily; but with finalization of Brexit, the Biden administration will try to put Britain in a common approach he is pursuing with the European Union.

US considerations on London’s plan for Brexit

Bagheri considered Biden’s warning about the need to pay attention to the Irish peace in London’s plans for Brexit, adding: Although Jen Saki denied the news of Biden’s visit to Ireland, the US President had previously emphasized that if Johnson was after implementing his plan through the British Parliament, then he will also refuse to agree on US-British trade deals.

The expert on Europe affairs added: It seems that talks on the situation in Ireland will be of mutual interest during this trip.

Saying that Biden is looking for new opportunities to improve relations with Britain, Bagheri noted: While Trump saw the basis of relations with Britain within the framework of a bilateral trade deal, Biden is considering an opportunity to engage with the EU and the UK to help improve political relations between the two countries and, at a higher level, will support Britain’s “soft exit” from the EU by joining the United States to the future EU-Britain talks to reach cooperation agreements.

He went on to say that transatlantic alliance and consensus, given Russia’s hardware threats on the Eastern European borders and China’s software threats to the United States, is a key foreign policy priority of Biden that will be followed in the visit to Britain and Brussels through institutional meetings (NATO – EU and G7) and bilateral meetings.

Emphasizing that Washington seeks to ensure that the US-UK, EU-US and EU-UK triangle of relations remains strong and united, Bagheri said: Healing the strategic wound created by the Brexit could ultimately be Biden’s greatest legacy to revitalize transatlantic relations and build consensus for the management of global challenges.

Noting that Democrats approach is multidimensional and multifaceted, and in this regard, soft power and the ability of building consensus with allies are crucial to overcoming challenges, he said: It is possible that Britain’s involvement in the policies of that country in major global and non-EU challenges will prevent the EU from exerting its former weight in opposing US policies on various global issues. 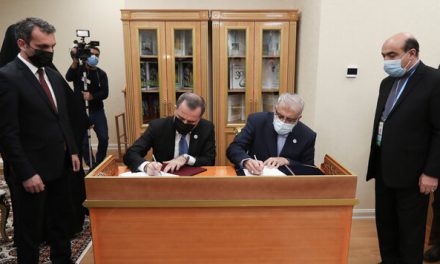