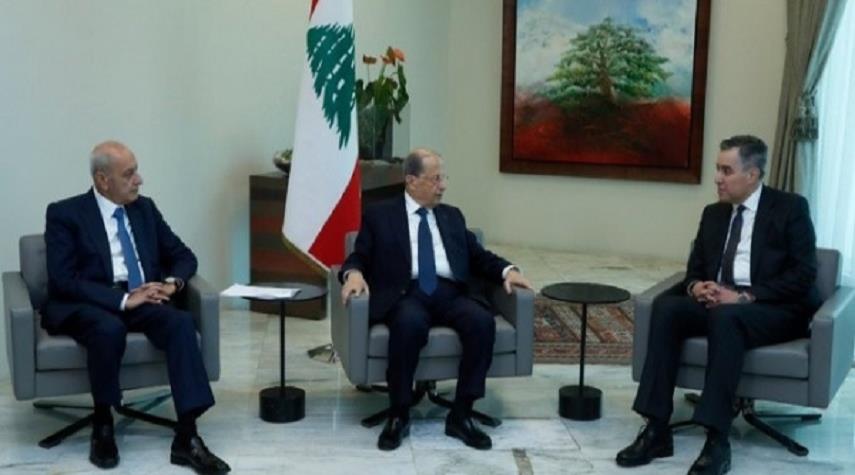 Strategic Council Online: Editorial—Under the present circumstances, we may witness once again a crisis in the formation of the Lebanese cabinet. With increasing foreign interference in Lebanon, it seems this crisis would be extended and prolonged more than the previous occasions as each of the foreign players are seeking to advance their own objectives and want to set the pieces of government in their own favour. This is while Lebanon is not a country to be settled with instruction issued from abroad.
Hossein Ajorloo – Expert of Middle East affairs

During the past weeks, most pundits had foreseen the failure of Mustafa Adib to form the cabinet, given the consultations he had made. In fact, differences over the Ministry of Finance grew so outstanding that Mr. Adib submitted his resignation to President Aoun and returned to his previous assignment in Germany. Without doubt, the absence of a cabinet in Lebanon is recurrence and has ensued consequences in the past for that country. However, for the careful examination of consequences, the reasons behind the failure of Mr. Adib need to be dug out. In this respect, there are domestic and international factors. Domestically, the Ministry of Finance is one of the most essential ministries of Lebanon wherein economic decisions should be approved by the Finance Minister; During the past several years, the Ministry of Finance was run by a Shia minister according to the previous agreement on power sharing arrangements based on sectarian lines. The Shia ministers of finance had been previously approved mainly by the Amal Movement and the Hezbollah Movement. In the beginning, Mr. Adib, pushed by Saad Hariri, tried to introduce a Sunni minister for finance; however, Hariri later backed down but said a Shia minister should be chosen by him—something rejected by Shia parties. Even, Emanuel Macron, the French President, blamed Hariri for the political impasse in denial of claims Amal and Hezbollah movements failed Mr. Adib’s efforts to form cabinet.

Another important factor leading to the present crisis in the formation of the cabinet is the fact that any prime minister coming into power in Lebanon generally faces the same challenges.

It should be noted that the majority of the MPs in the Parliament of Lebanon belong to the March 8 front. This is while Mr. Adib was close somehow to Najib Mikati–a moderate politician—and had been chosen mainly by March 14 people.

Notwithstanding, movements such as Hezbollah, aiming to create stability in the country, agreed with Mr. Adib to become prime minister. Therefore, one of the other reasons behind his failure in forming a government was that he did not enjoy powerful political backing of all parties.

In the meantime, Mr. Adib, as against his predecessors, was not a well-known political figure in Lebanon and faced difficulties in forming the cabinet.

The other important issue was the abundance of issues and problems in Lebanon; the outbreak of Covid-19, sanctions against Syria and the resistance movement which impacted Lebanon’s economy and most recently the Beirut Port catastrophe have caused a lot of challenges for Lebanon the handling of which seems hard and requires a lot of efforts.

From the foreign dimension, some currents led by the US, Saudi Arabia and the UAE in Lebanon are seeking to obliterate Hezbollah from the government and later disarm the popular resistance movement. Therefore, efforts to deprive Shias from appointing the finance minister aimed at impairing the role of Hezbollah and gradually ripping it off its political power. The US has confirmed it will not offer financial support to a cabinet also membered by Hezbollah. Therefore, these three countries created the present crisis to ultimately omit Hezbollah from the political scene of Lebanon.

The French president, inter alia, visited Lebanon immediately after the heart-rending Beirut Port explosion and tried to exert his influence. This is while politics of every country has its own grounds and requirements. Therefore, an agenda set from outside for a domestic issue in Lebanon is already doomed. And we face the present impasse.

Here, we will highly likely witness yet another vacuum of government power in Lebanon and with increasing foreign interference, it seems this crisis would be extended and prolonged more than the previous occasions as each of the foreign players are seeking to advance their own objectives and want to set the pieces of government in their own favor. This is while Lebanon is not a country to be settled with instruction issued from abroad. Therefore, government in Lebanon should form on the basis of agreement and the realities of the scene with the participation of various groups and movements. The future government of Lebanon should have the opportunity to enjoy international assistance. Under the present conditions, and given the volume of problems and challenges in Lebanon, it is highly improbable to see a cabinet with such qualification in the short and medium term. Hezbollah and resistance groups are seriously seeking and favoring stability in Lebanon; therefore, they will eventually approve a mutually-agreed cabinet. However, the problem is that such cabinets will most probably become captive to the illogical demands of the fronts which are opposed to the presence of Hezbollah and resistance groups. And foreign interference shall fuel the flame of such differences. 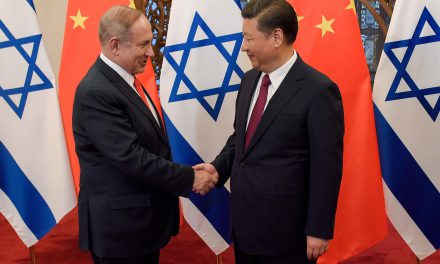 Consolidation of China- Zionist Regime Cooperation under US Control