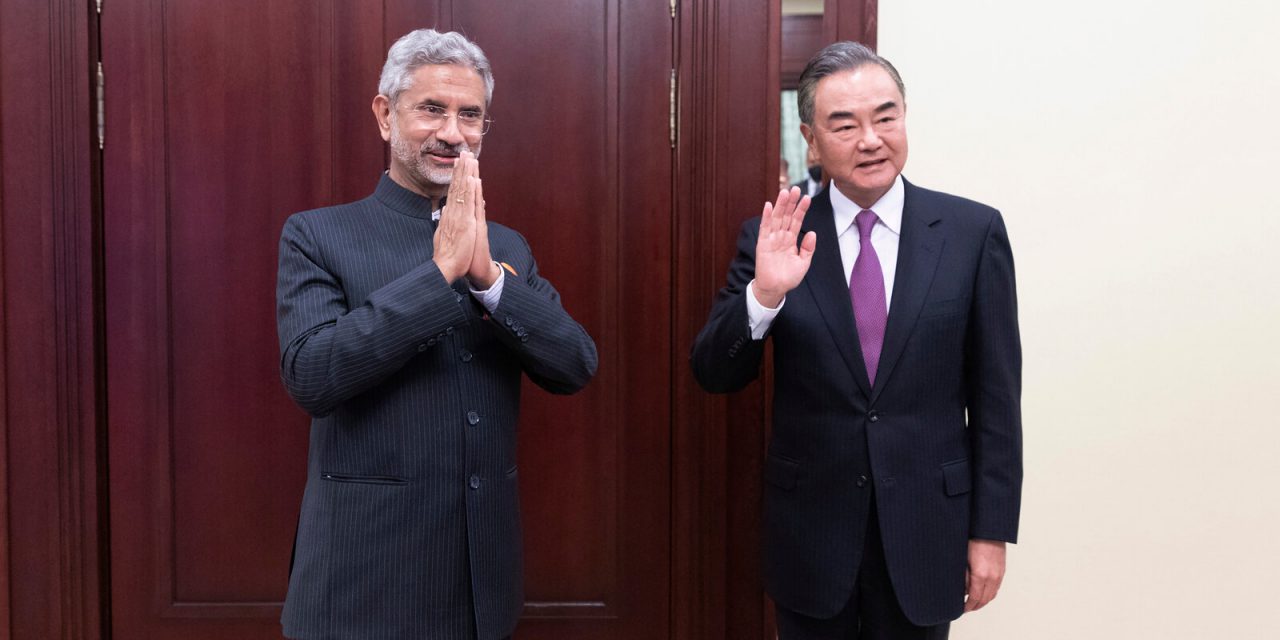 Strategic Council Online – An analyst of Asian affairs said that China-India border tensions could have a negative impact on their close economic ties. He added: With regard to the absence of mandatory provisions in the bilateral agreement and deep root of differences in the region, the agreement cannot put a seal of end to the tensions between the two countries and probably the fire of this conflict will flare up again in this region in a short period of time.

In an interview with the website of the Strategic Council on Foreign Relations, Behrouz Ayaz said for the second time, China and India, the two Asian nuclear giants, clashed on the roof of the world, and these tensions, which were continuation of the tensions in June 2017, were ended with the presence of foreign ministers of the two countries in Moscow. He stated: The cause of the dispute as claimed by the two sides is over Lake Galwan in the Chinese-controlled Ladakh region of Kashmir, over which India claims its sovereignty.

Pointing out that China considered India’s move to build a road that would allow rapid movement of military equipment to Indian air base in that region as a kind of border threat and encroachment, he added: In fact, India somehow considered China’s current political situation and its differences with the United States and assurance of China’s decentralization and priority to engage in a full-scale war, and took it as an opportunity for its border movements.

The analyst of Asian affairs further remarked: China’s stubborn response to this movement put India in a domestic and international political impasse. Because, any retreat would lead to severe criticism of domestic public opinion of Narendra Modi’s nationalist government and repetition of the 1962 defeat, thereby diminishing its international prestige.

He described the four-month tension which led to the death of 20 Indian soldiers, as having significant domestic and regional dimensions at political and economic levels and noted: The tension between the two countries is, in fact, the clash of two powerful Asian nuclear players in the most controversial region of the world. He added the two countries are considered as the two great economic powers of Asia and even the world.

Referring to the components of population, economic growth and the role of the two countries in the arena of international politics, Ayaz stressed: The military conflict between the two countries in 1962 which caused the defeat of India, had a great impact on the reaction and stance taking of the ruling nationalist government in India. As such, any retreat of India would face it with a heavy wave of public opinion at home and would damage the country’s current prestige at the international level.

Stressing that China and India have joint expanded economic relation and hostile political ties, the expert of Asian affairs referred to the history of ups and downs in the relations between the two countries and said: Tensions between the two countries, especially after the 73-day conflict in 2017, caused their inclusion in the list of the three countries with costly military. Therefore, further emphasize on military issues and continuation of tensions would not only prevent the two countries from achieving long-term development targets, but also would engage them in security and military issues the negative consequences of which can also be felt at the regional level.

Noting that economic exchanges are a very important factor that, in addition to affecting the reduction of these tensions, has also been affected, Ayaz explained: The recent border clashes between the two countries can have negative economic consequences for them. Because, economy plays a major role in the long-term strategies of Beijing and New Delhi, and recent tensions could reduce the two countries’ economic exchanges, resulting in reduced trade profit and slowdown of the development process of the two countries.

Ayaz underlined the importance of presence of Chinese multinational corporations in India for the creation of job opportunities in New Delhi and added: The recent tensions could have a negative impact on China-India close economic ties, which have widened despite Washington’s trade war with Beijing. Because, economy is the main axis of the two countries’ foreign relations for further development at the global level. Therefore, recent tensions would not only push India back on the path of development, but also would have significant negative consequences for China’s “export-oriented economy”, as India is, after all, China’s third largest export market.

He stressed that China is well aware of the fact that by losing a large part of the US market, reduction in trade with India could have fragile effects on its country and economy and this could be a major challenge for the massive project of “One Belt – One Road” part of which passes through Kashmir. Therefore, it can be said that perhaps one of the most important reasons for the recent agreement has been economic issues and trade solidarity between the two.

The analyst of Asian affairs, while stressing that the recent agreement between China and India was primarily due to the two sides’ willingness for a ceasefire, which India calls a “new equilibrium”, he said: Neither of the two countries wanted the situation be escalated as continuation of the situation was not in their interest. The Chinese media, although had announced that “given their love for peace, if India fails to commit its undertakings they would not be afraid of war”, welcomed the agreement and at the same time warned New Delhi. The Indian media too were pleased with India’s stand against China and attributed it to its growing power over the years.

Predicting the Peace Prospect for India-China Is Difficult

According to the expert in Asian affairs, predicting the peace prospect for India and China is difficult and full of challenges as the joint statement lacks the required precision and transparency and does not contain the necessary provisions and the exact boundaries for the two countries. This statement is more of a “paper dialogue” and cannot bring about lasting peace in the region.

Ayaz stressed: In order to achieve peace, the function of the two governments is more important than words, and it remains to be seen to what extent the two countries are determined to implement this agreement in “practical policies” and not in “declarative talks”. More importantly, it is inconceivable that the old differences between the two countries over border issues could be resolved within a few days. Although the two countries do not see conflict and tension in their interest, if to the rivalry between them over the influence on their Asian neighbors and existence of deep-rooted old differences, including Tibet and Kashmir, polarization of countries in the region is added, we will notice the depth of the differences.

Commenting that it was difficult to predict prospects of the agreement, and elaborating on its prospects he said: We should wait their seriousness with regard to peace and de-escalation of tension, but given lack of further details and binding provisions in the statement of the agreement and the deep roots of differences in the region entangled with tension it can be said that this agreement cannot be the final seal on the tensions between the two countries in Ladakh and Kashmir, and it is likely that the fire of this conflict will flare up again in the region in a short period of time. 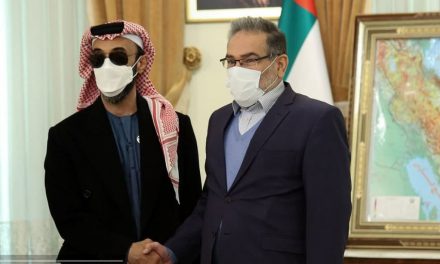