Strategic Council Online – Interview: A university professor, saying that the US objective in proposing negotiations is not to change the North Korean regime or its weaponry, but to separate North Korea from China, added: Measures North Korea is taking with the display of weapons are to the extent of propaganda maneuvers and psychological warfare; because it has no confidence in China’s support in the event of war.

Speaking in an interview with the website of the Strategic Council on Foreign Relations, Dr. Nozar Shafiei, referred to the verbal tensions between the United States and North Korea and the White House readiness to negotiate with Pyongyang and stated: Although under the current situation, the Ukraine crisis is a spark that its developments specifies international structure of the future, but more than the situation in Ukraine the future of Taiwan and North Korea is important. If something has happened in Ukraine, it is entirely related to the developments in the Asia-Pacific region.

Saying that the main conflict and polarization in the future is in the Asia-Pacific region and the area in which China and the United States are present, he added: In fact, it is the order of the Asia-Pacific region that ultimately directs the international order. Under such circumstances, given that the US behavior can be interpreted within the context of aggressive realism, it is trying to deprive China of anything that could lead to the strengthening of China.

The university professor noted: The ultimate objective of the United States in weakening Russia is to weaken China. In this regard, the countries that are strategically embraced by China should also get out of this situation. In this region, North Korea and Myanmar are the two important countries that the United States is trying to pull out of China’s strategic arms. Meanwhile, the situation in North Korea, which is known as the “Chinese Teeth”, is even more important.

US attempting to widen gap between North Korea, China

Shafiei continued: Despite the announcement of the North Korean leader’s commitment to strengthen his country’s nuclear capability, the US administration stressed that it is still ready to hold talks with Pyongyang. In fact, the United States is trying in various ways to persuade North Korea to increase its distance from China. By increasing this distance, North Korea’s nuclear weapons may not be even of much concern to the United States.

He said the US objective in proposing the talks was not to change the North Korean regime or its weapons, but to separate North Korea from China. Certainly in the coming years, countries such as North Korea, Myanmar and Taiwan will have a very high strategic value in the strategies of China and the United States and are considered as geopolitical axes, the domination of which will play a very important role in the victory of strategic powers over future developments.

The international affairs analyst pointed to North Korea’s latest military weapons display, including long-range missiles during the recent parade, as well as the US claims that satellite images show Pyongyang is preparing for a nuclear test and added: According to the US and South Korea, apparently North Korea is rebuilding a tunnel at a nuclear test site that was used for underground explosions before it was closed in 2018 amid nuclear disarmament talks with Washington and Seoul.

He said: The rise of those movements and missile nuclear strategies, is very worrying for the United States under the current circumstances, in which the US is preparing for a more serious confrontation with China. Meanwhile, the North Korean leader also stressed that he was committed to strengthen the nuclear forces of his country at the highest speed and threatened to use them if provoked.

Shafiei said North Korea had come to the conclusion that it can have no confidence in its allies and that it should be “self-help”, adding: However, China plays a key role in North Korea’s survival, and it is their shared borders that have saved it from sanctions pressure. Therefore, North Korea’s first policy is self-improvement and then strategic reliance on China.

Shafiei described the alliance between South Korea, Japan and the United States as having worrying consequences for North Korea, saying: Measures that North Korea is taking is to the extent of propaganda maneuvers and psychological warfare; because it has no confidence in China’s support for itself in the event of war. Although China knows it will eventually line up with the United States, it does not tend to have its environment become security-dominated. For them, it is not yet time to enter the conflict, and any turmoil and insecurity in the regional environment will delay China’s growth and progress.

He stressed: Under such situation, China will try to contain North Korea and will not allow a conflict to break out. Developments may go up to the brink of conflict, but they will not involve in full-scale military confrontation. This is the Achilles heel for China, which has increased US maneuvering power in the region. In fact, China is more inclined to respond to some threats through North Korea, and some North Korean positions are taken in consultation with China.

An Analysis on French Presidential Election 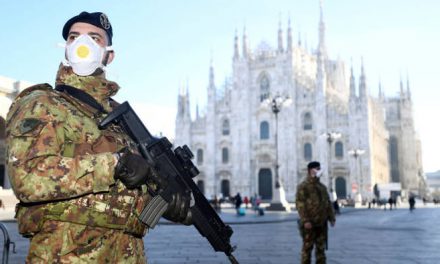 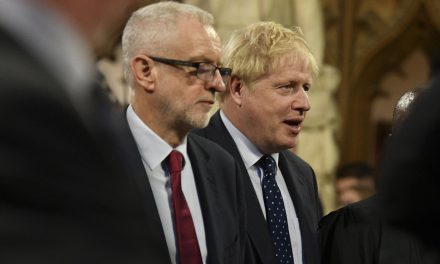 Early Elections in UK and the Fate of Brexit