Strategic Council Online – Interview: A university professor saying said that the main issue of tension between the United States and Russia is the need to adhere to previous blockings and divisions or the new divisions, adding: If Russia can hold the trump card against the United States and Europe in the issue of Ukraine, it will open the way for its re-entry into Europe and after that, the United States will be isolated in Europe forever.

Dr. Mahmoud Dehghan, speaking in an interview with the website of the Strategic Council on Foreign Relations, referred to the 50-minute telephone conversation between the presidents of the United States and Russia, in which the two sides exchanged warnings about Ukraine and said: Russia has been stabilized in some areas during its reconstruction, and in fact Putin has been able to demonstrate new power of itself at the international arena and impose its hegemony on the region by overcoming some internal issues and resolving the problems of that big republic.

Saying that the prevailing mentality in Russia is that the United States will lose its hegemonic power in the future and that it will regulate its relations and actions with such view, he pointed to the US effort to prioritize military and political rivalries over economic ones in which it holds the upper hand and continued: China’s economic power and Russia’s military might have now challenged the United States as the two main wings of the Shanghai Cooperation Organization, and the scope of those challenges is slowly expanding.

The university professor pointed to the fruitlessness of the security talks between the United States and Russia and the increase in threats and tensions between the two countries over Ukraine after the talks, and said: It seems that what has put the two sides before each other is relevant to the birth of a new “Warsaw”; as Mr. Ulyanov, a senior Russian diplomat, referred to it in the form of the “Cooperation Organization” and said that the new organization could enter into the equation in military and security areas, and at the same time in the relations between the West and the East for mutual cooperation. Russia seems to be trying to lead the birth of a military presence in the region.

Representation of “US return as an ally of Europe”

The international affairs analyst saying that the Ukraine issue has become a hotbed of pressure from the two sides added: In order not to get into a direct conflict with the United States in this regard, Russia is trying to tie up some issues to it to transfer the arena of tensions and trade-offs..

Dehghan pointed to the US threat to impose new sanctions on Russia and Putin, as well as Putin’s insistence that any sanctions against Russia now and in the future could lead to the complete severance of relations between the two countries, which is a big mistake and said: The level of tension between the two countries is very high now, and due to the presence of Russian forces in Ukraine and some issues created at the border, the situation on the Ukrainian border is very sensitive, and some have predicted military tension and limited conflict. The two sides are facing a tough confrontation, as we have seen the presence of Russian nuclear submarines around the US coastal waters.

The university professor addressed the positions of the Republic of Azerbaijan on the support of Ukraine against Russia in alignment with the United States, as well as the US efforts to find a solution in the Caucasus and Russia’s involvement in Kazakhstan, and continued: Recently, the Polish Foreign Minister warned of a war in Europe, and Russia also spoke about the possibility of deploying its missiles on the border with Europe. Such tensions are likely to increase in the next few months.

He added that the US military budget for 2022 was an unimaginable offensive budget that provoked Chinese protests, noting: With Ukraine’s membership in NATO, Russia will not accept a siege by NATO from three ground directions, as its security sphere will be completely undermined. Moscow seems to have reacted in this situation, which has provoked US anger and military threats of that country.

Referring to Europe’s role in the Russia-US crisis, despite its distrust of Washington officials, he considered Brexit and the end of Merkel’s term as the Chancellor as the two factors weakening the European Union, he added: In the meantime, a strong, cohesive Europe with two veto rights Europe is incompatible with the interests of Russia and the United States, and Russia is in fact taking advantage of differences between European countries. Under the current situation, Russia is challenging a weakened Europe through Ukraine; at the same time, Ukraine is frustrated with Europe and is trying to rely on the United States.

Explaining the most important issues to be discussed during the January meeting between the US and Russian presidents, he continued: Ukraine, as a newly emerged issue, differs in the depth of tensions between the two countries; but both sides are using this issue as a pressure point to regulate international development.

US, Russia desire to remind necessity to adhere to blockings

The international affairs analyst said: What is being said in private meetings of the leaders that are not expressed in the media is the emphasis on the need to adhere to previous blockings and divisions or the new divisions. In fact, expansion of NATO to Russia’s borders is an issue over which Putin is very sensitive and does not want NATO to enter Russia’s security sphere. On the other hand, the United States does not want the level of tension with Russia to reach the point where it will turn into an international tension or a war.

According to Dehghan, although we are witnessing threats or escalating tensions, the leaders of both countries know that their economies will suffer greatly from direct or widespread war. Therefore, they only engage with each other in their proxy areas, such as Ukraine.

The university professor mentioned Iran nuclear talks as another issue to be discussed during the upcoming meeting between Biden and Putin, and said: From the US point of view, one of the issues in the field of world division is the issue of Iran. However, during this period, Russia with a 20-year contract and China with a 25-year contract with Iran are sitting at the negotiating table and noting that Iran is not in the Western bloc. Part of the tension between the two sides is over such issues, and it remains to be seen how the United States will accept it. Russia has played with the Iran card and will definitely continue to do so. 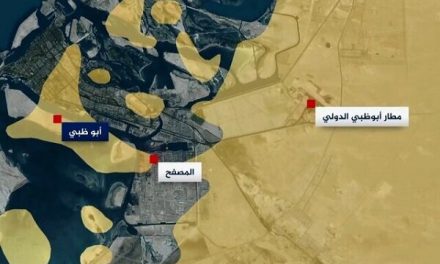