Strategic Importance of Iran’s Stabilizing Presence in the Region

Strategic Council Online – Iran’s presence and influence in the region, which is a constructive and stabilizing one that eliminates insecurity and panic, is one of the main red lines in compliance with safeguarding the strategic interests of the Islamic Republic of Iran.
Hamid Khoshayand – Analyst of international affairs

In order to elucidate such an important phrase of the statements of the Supreme Leader of the Revolution, it is necessary to pay attention to the following points:

Reducing the regional presence and influence of the Islamic Republic of Iran is one of the serious objectives of the hostile governments and rivals of Iran at the international and regional levels. The United States, with the cooperation of some European countries, some Arab regimes, as well as the Zionist regime, in recent years has severely focused on reducing the power and influence of Iran and Islamic resistance groups and to achieve such an important target, they have put different strategies in the two parts of “software” and “hardware”, and in various economic, political, military-security and cultural dimensions, on the agenda.

For the White House leaders, the most important factor that has reduced or made it difficult to achieve US interests, hegemony, and position in West Asia has been “Iran’s superior and stabilizing role”. The fact that the United States spent 7 trillion dollars in West Asia over 16 years, from 2001 to 2017, but in the words of former President Trump, he was in such a difficult situation that ‘his plane cannot land in the region with lights on”. The main reason for this is to be found in the regional power and authority of Iran and the Islamic Resistance Front.

The United States is well aware that its policies in the region are no longer as effective as before. Even in the field of regional coalition building against Iran, advancement of policies has been faced with difficulties. Within the context of the US maximum pressure campaign, where Iran’s oil revenues fell sharply and the most severe sanctions in history were imposed on Iran, it failed to reduce the presence and influence of Iran in the region. This is while the maximum pressure that was supposed to break the structure of Iran’s economy, industry and trade during six months, created opportunities for the country in the field of self-sufficiency and prosperity in many areas. As such that in the worst conditions of sanctions, Iran became one of the few countries in the field of attaining the complicated technology and knowledge of production of Coronavirus vaccine! At the same time, it has long learned to live with less dependence on oil revenues and has well practiced playing a better role in the region.

Nevertheless, eliminating the depth of Iran’s strategic influence remains one of the White House important foreign policy agendas, even in the Biden administration. Because, according to American strategists, the only way to restore and reproduce the past US power and hegemony in the region is to cut off the superior hand and thus reduce the presence of Iran in the region. It is precisely in this regard that the talks on regional influence, which is still one of the main focus of Western-Arab-Hebrew foreign policy in the face of Iran, can be evaluated.

But will the Islamic Republic of Iran withdraw from its regional presence? The answer to this question is very clear: no. Tehran has no compliments on its presence and influence in the region, which is one of the main “red lines” of foreign policy, and in this regard, not only will it not negotiate with any country, but in accordance with the views of the Supreme Leader of the Islamic Revolution, “has behaved as such and will do the same in future that will strengthen his friends and supporters in the region.”

Dealing and negotiating over a presence and influence that is “stabilizing” and “repels threats and crises” of the peripheral environment and blinds the enemy’s eyes of greed for “national interests and security and the territorial integrity and macro interests of the Islamic world” is neither rational nor in accordance with the Constitution and the grand strategies of the Islamic Republic of Iran in the field of foreign policy.

Over the past forty years, the Islamic Republic of Iran has made strenuous efforts to improve the quantitative and qualitative position of the Islamic Resistance Front and liberation movements in the region and the Islamic world. Resistance groups have always, and in their long ups and downs, have looked at the Islamic Republic of Iran as a fulcrum, a point of hope and a great supporter in achieving their lofty goals of fighting the domination system and confronting the destructive policies of the West-Arab-Hebrew axis and getting rid of domination and occupation policies and obtaining self-determination.

As mentioned in this article, presence and influence of Iran in the region, which is a constructive and stabilizing one that eliminates insecurity and panic, is one of the main red lines in compliance with safeguarding the strategic interests of the Islamic Republic of Iran. This will strengthen the friends and supporters of the Islamic Republic of Iran both at the official and institutional levels and at the informal level and public opinion.

The failure of the US policies in the region today stems from the “strategic doctrine of the Islamic Republic of Iran”, which is not limited to defending its own interests and territory, but aims to help other nations and strengthen the axis of trans-religious resistance to free them from the domination of arrogance and dependent powers, and to ensure their well-being and destiny in their own hands, without any intention of intervention and domination seeking. 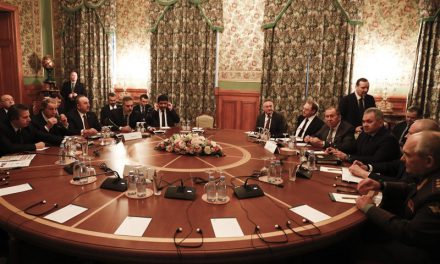 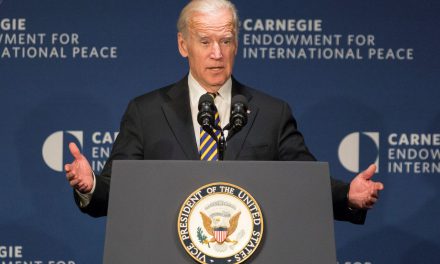