Reasons for Trump’s Stubbornness in Peaceful Transfer of Power

Strategic Council Online – Donald Trump’s recent remarks on lack of commitment to a peaceful transfer of power can be evaluated from two aspects; one related to the nature and the rules of the elections in the United States and the mail-in elections process in that country, and the other related to his personal and psychological characteristics that he is not prepared at all to accept defeat.
Amir Ali Abolfath – Expert on American Affairs

Recently, US President Donald Trump reiterated for the second time that if the election result is to his disadvantage, he has no obligation to peaceful transfer of power; because he believes that a big election fraud has taken place in the elections. This point received backlash from many US officials. Speaking in this regard, Senate Majority Leader Mitch McConnell said the Republicans are committed to a peaceful transfer of power and that the winner of the elections on November 3 will be sworn in on 21 January. Meanwhile, House of Representatives Speaker Nancy Pelosi said: You are not in North Korea, this is the United States and it is a democracy. Trump has also told reporters: We want to make sure the election is honest, and I’m not sure that it can be. Of course, during recent years such strange and contradictory statements by the US President have not been unprecedented. Even now, it seems that he has made such remarks under the influence of the electoral climate, and perhaps even he himself is aware that not transferring power to the winner of the election is an impossible task.

Recently, Trump has also repeatedly emphasized the issue of electoral fraud due to special voting conditions. The US president has claimed that the mail-in elections would prepare the ground for fraud and this year due to the coronavirus pandemic postal votes are so great in number that could have its effect on the election result and change it. In fact, in examining Trump’s statements, his character should be examined as well, because Donald Trump suffers from a kind of narcissism and has extraordinary self-confidence; he has explicitly made it clear that he is not willing to accept defeat in the elections. In the same way Trump recently declared that he will either win the election or the elections will be rigged. In Trump’s point of view there is no possibility for defeat, thus he has not entered the arena of competition, but his work is based on victory in any way possible. Therefore, if he wins by popular vote there will no longer be a problem, but if he loses the electoral vote, the matter will be taken to the US Supreme Court and, even if he can, he will put the option of a military coup on the agenda. In this regard, Trump is very confident about himself, the programs he has presented and the public support and claims that the polls are in fact fabricated and fake. In this way, he considers himself the best president in the American history and has sometimes compared himself to George Washington and Abraham Lincoln.

Of course, there is another analysis of Trump’s remarks that, based on the opinion polls, he may not be sure about winning the elections, and by raising such issues is trying to justify a possible loss among his supporters.

Therefore, Donald Trump’s recent remarks can be evaluated from two aspects; one related to the nature and the rules of the elections in the United States and the main-in elections process in that country, and the other related to his personal and psychological characteristics that he is not prepared at all to accept defeat.

Regarding Trump’s claim about the possibility of fraud in the mail-in elections, it should be noted that in the postal elections, there is a possibility of fraud or election engineering, and this is an undeniable fact. In the past, we have witnessed holding of postal elections and subsequent filing of complaints about election fraud. In the past, complaints have always been made, but because they had little effect on the outcome of the elections, they would not be investigated. At present, due to the prevalence of the Coronavirus, some states have proposed participation of the citizens in the elections through postal voting. The participation process is as such that a few weeks prior to the 3rd of November, eligible voters will receive the ballots, fill it out and then post it. Finally, these votes are counted simultaneously with the voting day. In this process, there is the speculation that postal envelopes may be lost, delivered with delay or tampered with, and given the prevalence of the Coronavirus and the fact that the number of postal votes is so high, perhaps Trump’s concern may not be that much unreasonable.

Meanwhile, Trump’s remarks on not transferring power could harm the US image which is a claimant of democracy. Also, Republicans opposition with Trump’s remarks indicates that he also does not take advantage of the support of his party members to disrupt the process.

Regarding the election results, if each of the candidates claim election fraud, this issue should be referred to the court by the candidates’ lawyers and a lawsuit should be filed; Complaints are heard first in state courts and, if necessary, in the Federal Supreme Court. In the 2020 elections, depending on the dominant situation, whether the Democrats or the Republicans win, probably the opposition party or both parties will refer to the court and after examining complaints, the outcome will be determined. Therefore, Trump’s remarks that he would not relinquish power are baseless; because the political structure in the United States is very strong and would not succumb to such selfishness. Therefore, it seems unlikely that Trump’s threats will be materialized, and even if the result of the electoral vote is as such that Trump’s victory will not be confirmed and the Federal Supreme Court votes in a way that affirms Biden’s victory, Donald Trump has no choice but to obey. If he resists, all political structures and the governing body will oppose it and will not allow a person to bring democracy under question in that country for his personal desires. 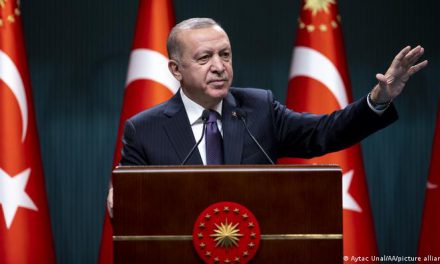