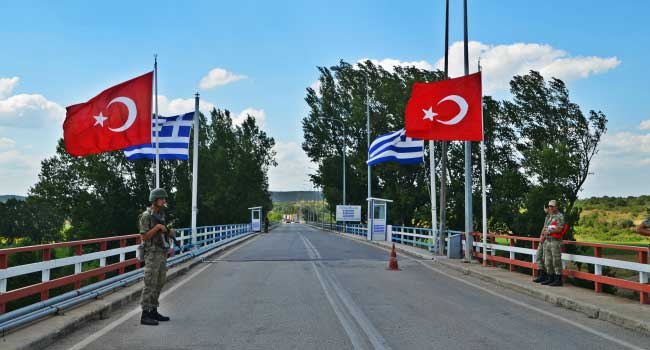 Online Strategic Council—interview: An expert of international relations says foreign players in the East Mediterranean region are seeking to prolong Turkey-Greece conflict in order to secure their own interests and obtain excessive concessions.

Dr. Ali Mohammad Helmi told the Strategic Council on Foreign Relations that there is close rivalry among several regional and transregional players in the Mediterranean over this conflict in order to secure their own interests.

“We should consider the recent developments in the region. Turkey had to review its policies towards Syria and cut its presence in the conflict-hit country. At the same time, Turkey is no interested in accepting the failure of the project to topple Bashar al-Assad government. Therefore, Ankara is trying to create this feeling inside Turkey that the Erdogan’s government is powerful and can control foreign policy challenges .”

He said relations between Turkey and Greece had been escalated several occasions in the past including over the issue of refugees, adding that the incumbent Greece government which came into power in 2019 has allied itself more with the West and the United States.

“Therefore, the Quds-occupying regime and the US government seized the opportunity and established and enhanced close ties with the Neo Democracy government of Greece. And the Greece government tried to receive the US and Zionist regime supports in its conflict with Turkey so as to show muscles to Ankara.”

“Also, the Turkish support for the internationally-recognized government of Libya created more tensions in the region.”

Helmi said Erdogan is keen on advancing its policies in the Mediterranean, adding such measures are regarded as “a matter of pride” in the foreign policy of Erdogan’s party in Turkey.

He pointed that Erdogan is not keen on stopping exploration activities in the Mediterranean, increasing concerns about the possibility of military confrontation between Turkey and Greece.

“Tensions have escalated and even some European governments have sent naval and aerial weapons facilities in the regions controlled by Greece to demonstrate their determination in rendering more support to the Hellenic Republic .”

Continued tension is damaging for Turkey and Greece

Dr. Helmi said escalation of tension could impose costs and damages on both parties to the conflict while making it more difficult to reach understanding and find a peaceful solution to the conflict.

Turkey will be harmed more

He said: even though some actions by Turkey against Greece in the Mediterranean may result in stronger political position for Erdogan’s party, positions expressed by the EU especially France, Germany and the United States in support of Greece have benefitted Greece and increased costs for Turkey. If this continues, Turkey will be harmed more in the future.

Referring to the efforts to set up negotiations between Turkey and Greece with the goal of attaining a comprehensive agreement, Dr. Helmi said: it seems that both sides are aware of the damages and impacts of any military conflict in the Mediterranean. So they have eased their rhetoric and reviewed their positions.

EU, US and Israel Turkey concessions

He said some European governments as well as the US and Zionist regime are exerting pressure on Turkey, emboldening Greece to adopt a harder stance, thus leading both parties towards more tension and conflict.

He added that the main goal of EU, US and Israel is to obtain more concessions from Turkey and portray a strong image of the European Union power to support its members.

“I think the public opinion in Turkey and Greece is not prepared for a military conflict between the two neighbors. Turkey is now engaged in several other fronts while its domestic economic problems and challenges continue to put more pressure on the people.”

Helmi said: it does not seem Turkey wants to come into a military confrontation with Greece. On the other hand, EU, US and the Zionist regime are seeking to intimidate Turkey by supporting Greece to prevent Erdogan from exploiting the situation for domestic purposes.

“The government of Greece gave asylum to some generals of the coup in Turkey and supported Gulen movement in line with the policies of the US and EU without the coordination and greenlight of which, Athens would never take stance against Turkey.”

Dr. Helmi referred to a comprehensive defense agreement between the US and Greece which would increase the US military presence in bases scattered across the Greece and said “US forces are at least in seven bases in Greece one of which is perhaps 10 kilometers away from the Turkish border.”

“This indicates that Americans are creating intimidation from Turkey in Greece and the main aim of Americans is to obtain more concessions and military agreements from Greece. Therefore, the presence and support of the US and the Zionist regime for Greece is more aiming at their own commercial and geopolitical interests in the region. They will not allow this conflict to end soon.”

He said the US, Israel and EU are seeking to obtain economic and geopolitical concessions from Greece and political compromise from Turkey, adding they want the prolongation of the tension to gain more benefits and also force Turkey to accept conditions in Libya as well as Syria and Iraq.

Asked about the news of relocation of American bases from Turkey to Greece, he said “the US is trying to maintain its presence in Turkey while expanding its military bases in Greece to provide facilitated and closer access to Asia and the Persian Gulf and exert more control on the Mediterranean.” 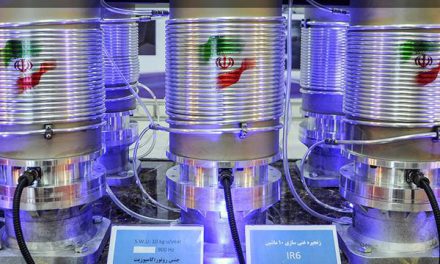 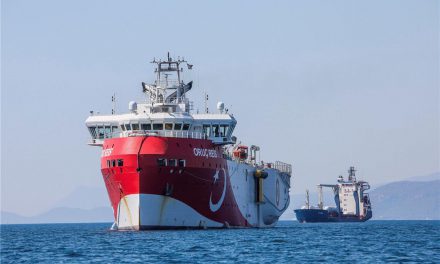 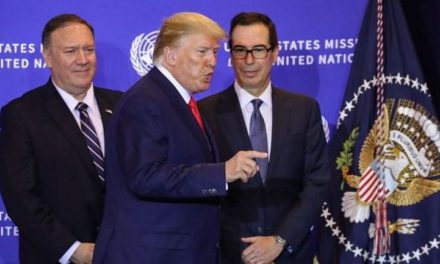