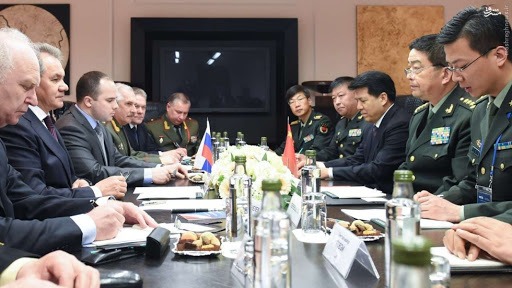 Strategic Council Online – “The post-corona era is a space for hostility in the areas of trade, finance, economics and administration,” a university professor said, referring to NATO Secretary-General’s warning of China’s future threat to the West. “These tensions have begun and cannot be ignored in the relations of the great powers,” he said.

Dr. Jahanbakhsh Izadi in an interview with the website of the Strategic Council on Foreign Relations, referring to the remarks of the NATO Secretary General on the need for greater unity of NATO member states to counter Beijing due to China’s growth in various fields, including military and economic, said: “In US contemplations the future strategic rival is China. If we look at the GDP growth of the two countries in 2019, the distance between the United States and China is much smaller than the United States with other powers.

He added that US gross domestic product (GDP) is $21.4 trillion, while Chinese gross domestic product (GDP) is estimated at $14 billion. The Americans are about $7.5 trillion away from the Chinese; While the distance with the Russians is about $18 trillion. These figures show that the Russians have a significant gap to play the role of emerging power, but the Chinese are more serious, especially in the field of economy.

Referring to an article published by Stephen Walt as a neorealist thinker and author of ‘The Hell of Good Intentions’ in Foreign Policy journal, the professor said: “According to Walt’s views, the United States should focus on China, even if it will take another 20 years for the United States to stop focusing on China.

“These views and concerns have nothing to do with which party or movement is in power in the United States, and they all take the Chinese threat seriously,” Izadi said. Obama’s strategic change plan, which required the United States to shift its focus from the Arab Middle East, not the Persian Gulf and Western Europe, to China, is in place and is being pursued vigorously.

Referring to NATO Secretary General’s advice to Australia and New Zealand to establish closer ties with NATO to maintain a more global approach in response to the Chinese threat, he added: “Their focus is on India as the world’s fifth largest economy, as well as Japan as the third and Korea as the 12th economic power as well as other satellite states such as Australia, which have entered the field resolutely. These are the plans that the West has for the East, meaning China.”

Chinese Are Not in Conflict with United States

“The Chinese are not in a position to confront the United States under the status quo,” the analyst said, referring to the Chinese position on this approach of the West. The Chinese five-year plan is constantly being renewed, and the key element in their plan is that the Chinese will not pursue any confrontation with the Americans. At the same time, the main component of China’s power is the economy, not militarism, ideology and international credibility because in these fields, the Chinese are very far from the Americans and are not even ready to play a role in the international arena, let alone enter into a conflict with the United States; So China, like Russia, is a one-dimensional in some ways.

Izadi stressed that these shortcomings in China cannot be ignored in calculations: “The Americans are far behind the Chinese in terms of military power and advanced industries.” Meanwhile, the Chinese are facing many internal crises.

He explained: “At one time, the Chinese had such high economic growth that they were worried about it, but currently the World Bank forecast and the integrated management system (IMS), the country’s economic growth will be zero next year. This is not an easy task for a population of 1.3 billion people; So they have their own problems and they don’t have high risk acceptability.”

“Before the corona crisis, which affected all major economies, the Chinese made a loss of $500 billion in trade,” he said, adding that some Asian, African and European countries have noticed that the Chinese are facing problems in achieving their goals and this has hurt their credit and prestige and its relations with many countries are declining. These are points that cannot be easily overlooked, and acknowledge that China can reduce its distance from the United States.

Regarding NATO Secretary General’s stance against China, he continued: “If we consider NATO as a military and security organization, I do not see any war or threat from China against this treaty. In the current situation, the Americans are not entering war in terms of public opinion, the structure and system of government, and the calculation of profits and losses, but in any case, these warnings are usually a precursor to future threats.”

Post-Corona; the Arena of Discord between Great Powers

Izadi continued by saying that the post-corona space is a space for escalating divisions and a new plan for international order based on liberalism or otherwise. Post-corona is the space for hostilities in trade, financial and administrative fields. “These tensions have begun, and we do not know exactly what the consequences will be because the dust has to settle for us to see the exact impact. However, we are facing a situation in which 20% of the British economy has shrunk; The United States has injected $2 trillion of its reserves into the pockets of the people, and this policy continues because the business has been severely damaged.”

Referring to NATO Secretary-General’s warnings about changing the global balance as a result of China’s growth, he said: “America’s economic growth which was 3.5 percent is projected to shrink to about 7 percent. These cannot be overlooked in the factors  influencing the international system and the relations of the big powers. 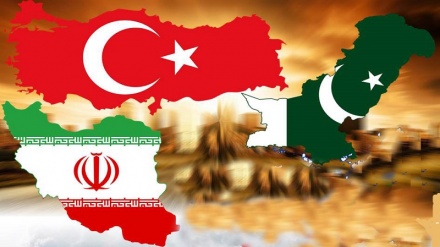 Opportunities of cooperation between Iran, Pakistan and Turkey 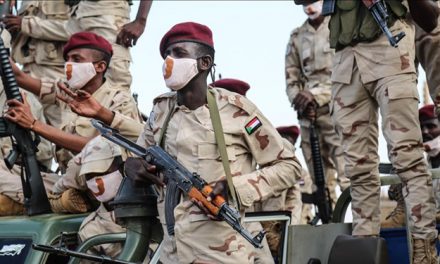