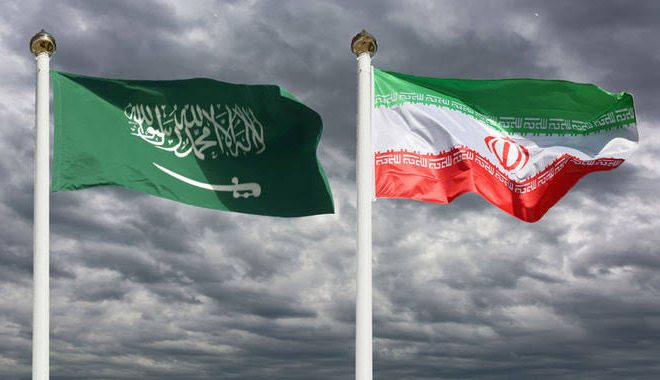 Strategic Council Online: The double standards played by the Saudis to the effect that on the one hand, they say they do not seek tensions with Iran and on the other hand emphasize that they share the same positions with the US against Iran may indicate Riyadh’s contradictory approach to Tehran.
Davoud Ahmadzadeh – Middle East Affairs Expert

Saudi Foreign Minister Faisal bin Farhan recently said in an interview that Saudi Arabia does not seek tensions with Iran, adding that “Riyadh shares the same views with Washington concerning Tehran. He claimed: “Our aim is to drag Iran to the negotiation table to discuss its ballistic missiles and interventions in the region through dialogue,” he said.

The Saudi minister’s remarks came as some Saudi officials had earlier called for detente in Saudi relations with Iran. This dual Saudi talk, and on the one hand saying that they are not seeking tensions with Iran and on the other hand emphasizing their common positions with the United States on Iran, may indicate Riyadh’s paradoxical attitude towards Tehran.

To examine Riyadh’s policies toward Tehran, it should be noted that Saudi Arabia sought to forge regional alliances and boost political and economic tensions with Iran after Mohammed bin Salman emerged as the primary guardian of Saudi Arabia’s security policy.

The reason for this new Saudi approach is that Saudi Arabia has economic dependence on the United States in addition to security, political and military ties. Indeed, after Donald Trump’s rise to power in the United States and escalation of political and military disputes with Iran, particularly his approach on withdrawal from the Joint Comprehensive Plan of Action (also known as Iran Nuclear Agreement) and the policy of maximum pressure on Tehran, the Saudis, in turn, sought in their wishful thinking to weaken Iran’s regional position and break our country’s connecting rings in security debate, particularly in the Axis of Resistance.

Therefore, we are witnessing concurrent Saudi efforts and provocations in relation to the existing disputes, especially in Yemen and the Persian Gulf security domain. On the one hand, Saudi Arabia’s complete lack of confidence inadequate and necessary support from America for the security of Riyadh and its Persian Gulf allies in the face of the Resistance and, on the other hand, the recent tensions between the members of the Persian Gulf Cooperation Council have led the Saudis to acknowledge their own security weakness, look for ways other than just relying on Washington for security coverage.

So in recent months, we have seen attempts by Saudi Arabia to cause division in Iran’s relations with some of its regional allies, especially in the Syrian issue. The Saudis tried to persuade the Kremlin to play a role in pushing Iranian forces out of Syria by promising economic gains, mutual investments and even purchasing advanced military weapons from Russia.

At the same time, despite the formal meeting in Jeddah to support the Palestinian cause after Donald Trump officially unveiled the Deal of the Century, we are witnessing secret and open meetings between Saudi and Tel Aviv officials.

Therefore, since the Saudi authorities have a one-dimensional view of regional security, they have been trying to reject any proposal by Iran to create regional order.

Under such circumstances, despite pursuing Iran’s policies in security fields and participatory security building in the region in the context of the Hormuz Peace Plan, Saudi Arabia continues to accuse Iran of interfering in Arab security and is trying to rebuild itself by creating unrest in the Iranian-dominated areas of the region, such as Iraq, Syria and Yemen, follow a zero-sum game. Therefore, we see more divergence in the region despite positive signals from Iran for direct talks with Saudi Arabia.

As for the prospect of these relations, as long as Saudi Arabia’s dominant regional policy is to pay petrodollars to buy security and foreign intervention by foreign powers, especially the United States, it will not be possible to resolve problems and eliminate tensions between Iran and Saudi Arabia.

In fact, Riyadh does not have an independent policy in the region, but its foreign policy is a function of the US and some Western policies, so it seems unlikely to be an opening in relations between Iran and Saudi Arabia as long as tensions between Iran and the US persist.