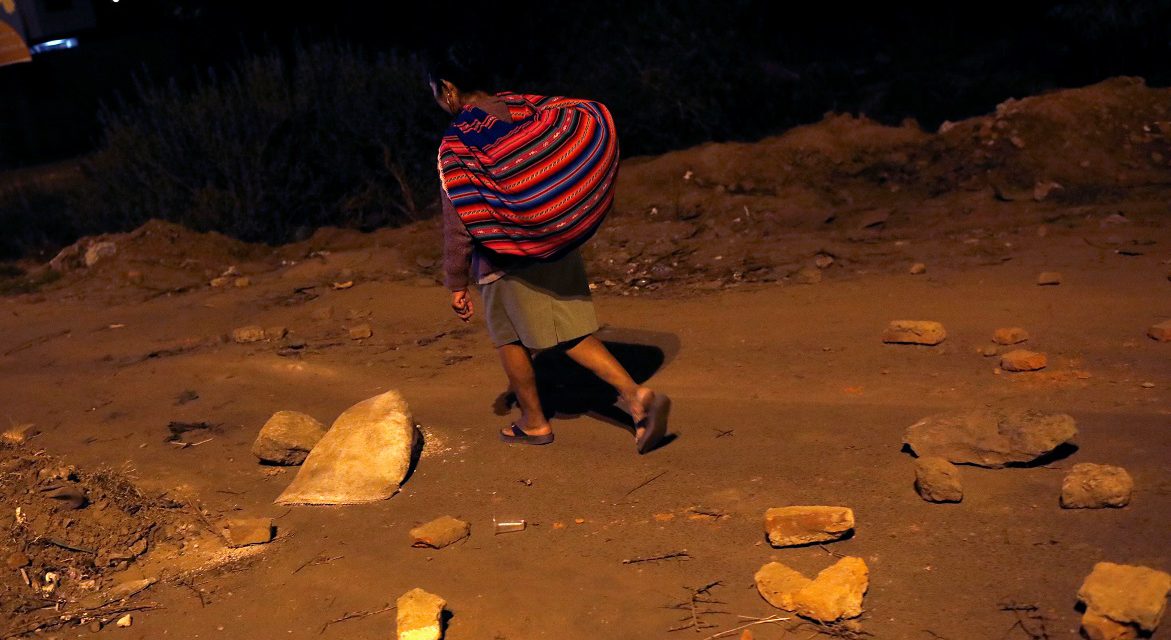 Strategic Council Online: Former Iranian ambassador to Bolivia, stressing that unrest in Bolivia looks likely to continue for the next two months, said: The opposition, after applying all sorts of tricks for years, has finally reached its present state and has implemented its long-term plan and is now reaping the benefits, so it’s not ready to give up at all!

Speaking to the website of the Strategic Council on Foreign Relations, Reza Tabatabai said that Evo Morales was one of the last left-wingers, or as they put it, pioneers who was present in Latin America, and therefore great efforts were launched to overthrow him. He said when Morales held a referendum in 2016 to run for re-election, in various ways, political scandals were raised against him that later turned out to be fabricated.

He stressed: “So efforts against Morales have always been pursued. Even this time, things were going well until the difference between Morales and his rival reached less than 10 percent; once the vote counting was online and going fast and seeing all the results, the monitors were cut off and when reconnected, they showed Morales was far ahead and announced the winner of the election.

Tabatabai said this sparked protest demonstrations on grounds that Morales was behind rigging the election. Despite the accusation, assuming this happened, they could recount the votes manually, as what happened in US election between Al Gore and George W. Bush; but Bolivians did not do this, and all at once they broke up and unrest spread.

He said that Latin American and Bolivian Indian culture is different from our culture, saying that when they choose someone and accept him as leader they would not criticize him for giving up and leaving the country. They would not criticize him for fleeing the country or for not resisting and standing up by his supporters! On the contrary they would be happy to see their leader is safe. Morales also said he had made the decision in consultation with his close aides, namely the Native Bolivians. He is now in a safe place waiting to return when conditions are ready. The people of Bolivia are not upset about this situation and understand it.

Former Iranian ambassador to Bolivia said that this was an excuse against Morales, adding: The fact is that the natives still support Morales very much. Figures show that Bolivia’s economy grew under Morales and has become the first country with the highest growth rate from the second poorest Latin American country after Haiti. Morales did a lot in terms of national project. When the unrests broke out Morales said he accepted the protests and they could re-run the vote taking or recount the votes. But in the course of those events, the chief of the armed forces suddenly announced that he had proposed to Morales to resign and step down. The Bolivian police chief held the same position, and when Morales saw a coup d’état emerging and preparations had been made he quit and left the country.

In his assessment of the prospect of future unrest in Bolivia, Tabatabai said: “I think the opposition will not lose this opportunity even at the expense of killing people and the lack of public scrutiny and bringing in troops. They’ve put together a long-term plan and are now reaping the benefits. The debate is not in a democratic environment to say come vote again! It is certain that, if polls were held again, the Bolivian indigenous population who are bigger than city dwellers will vote for Morales.

“Cuba and Venezuela have deplored the event, but Chile and Colombia have supported it,” he said, referring to Latin America’s position on developments in Bolivia. Other countries have either gone silent or tilted towards stronger currents. The member states of ALBA – which was an alliance when the left wing was in power – have condemned the Bolivian unrests. The Venezuelan Foreign Minister, in a statement read at an emergency Latin American summit, thanked Mexico for receiving Morales and still called him the president, as there were no parliamentary sessions yet to approve the takeover of another person. But the opposition faction would not back off. They passed a bill, and the self-proclaimed provisional government is making a hue and cry that the Morales Party is illegal with many court conviction cases. They are working to dissolve the Morales Party in line with settling internal accounts.

Tabatabai continued: Bolivia was known as the country of coups until 2000, and even 2005 and 2006 when Morales came to power. It was simple; they brought a few military tanks to the city, cut off electricity, and one president would step down and another military president would take over.

“Bolivia is rich in resources like gold, silver and other minerals,” he said. “It is very unlikely for this issue to be resolved easily.” In the current situation, the opposition is on the right track, standing firm and having no means of preventing anything from happening there. The reason is Bolivia’s resources. The coup story either by accident or pre-orchestrated, began a week after Morales announced that he would no longer confer the privilege of extracting the world’s largest lithium reserves in southeastern Bolivia, and that the country wants its own factory there. Lithium is used mainly in the battery industry, especially batteries for military use. As soon as this was announced, the protests began.

He said it was natural for the United States to declare that it would recognize the coup government. On the other hand, Russia said it would cooperate with the next government without mentioning the self-declared government by name. They are waiting for legal ways to see where things are going.

Tabatabai also mentioned the Native Bolivians efforts to cope with the current situation in their country: It seems that these unrests will continue to intensify for the next two months and that indigenous people will be pushed out of their urban communities again. It is very unlikely for the natives to create change because they lack the organization.

He explained: The Morales Party is more of a purely political party, not an organized party that is trained and prepared to make a move in times of crisis. They appear to be resisting for a while and returning to their homes after suffering some casualties – the number of those killed is 6 so far. With the experience of the opposing side, it is gradually taking over and Bolivia comes out of the control of the left for some time. It is like what happened in Ecuador, for example; but maybe later on someone from the ruling establishment could become the president because most of them are related to each other.

On the impacts of these developments on Latin America, Tabatabai said: “The Latin American continent has been known as a volcano land for 50 years, because power changed hands in this manner. True that the left has come to power in Brazil, Mexico and Argentina, but this shift of power is where the urbanization is at its height. When urbanization is high in a country, the commitment to the votes coming out of the ballot boxes, their proper count and healthy elections assume importance and power may change hands at this point.”

Morales tried to prepare this ground in Bolivia. May be there were reasons that the Coup de Grace came from the Joint Chief of Staff. In Morales’s time, elections were very democratic. The mayor of the biggest city after Lapaz was an opponent of Morales and he was very active in accomplishing his goals. There were also governors belonging to the opposition. The same applied to the MPs and Morales also agreed. He did this to institutionalize the procedure and let people choose who to work for based on their culture, but in the current situation these issues are lost and with this coup it’s unlikely for an opposition front to take over by way of healthy elections.

Tabatabai continued: Leftists, who are natives, do not have enough citizenship tools to rise to power. So the possibility of their takeover soon is doubtful.

US Interventions in Bolivia

On the US role in the developments in Bolivia, he said: “We know the Americans better than the Bolivians because of the encounters we have had with them. After Morales made that courageous defense of Iran in the UN Security Council, it was clear that the Americans would have a broad agenda. As I was there, I could see how the European and American diplomats were interfering in the Bolivian affairs to the extent that Morales fired the US ambassador.

The former Iranian ambassador to Bolivia stated: “Morales should have put some issues on the agenda but he didn’t. One was to share power with the army. The Bolivian Secretary of Defense was not one to be supported by the Bolivian military and they did not feel his appointment had given the military credit. The chairman of the parliamentary defense commission was more of a political and a very conservative figure. The military publicly said that we announced our needs, but the Secretary of Defense was not a military man and had no knowledge of these issues to solve our problems.

Another problem was that the party Morales created was not outside of power, Tabatabai added. His party leaders were ministers and members of the government, and there was no group or organizational work. Perhaps his political mistake was that he fired the US ambassador and declared that Bolivia had been more relaxed since the US ambassador was fired, but he ignored that a single person could not play a determining role in Bolivia’s tranquility. America had all the necessary forces in that country; it had its own embassy, ​​had three military attaches, cultural centers, radio and hospital, and school and university. So the structure of American presence in Bolivia did not change.

He said the Bolivian state and government system were seriously trying to work for the benefit of the disadvantaged but they did not have a strong coherent, thought-based system. “Every single task had to get the permission of the President before it could be implemented. Under these circumstances, all gains will be lost as soon as the central command fails. On the economic front, we never heard US officials say that Bolivia is one of the economically troubled countries. Morales did not make the slightest move against the capitalist system in which America operates. Of course, it could not do it economically either. We (Iran) tried very hard to establish economic relations with them, but our attempt failed. Even (First VP) Mr. Jahangiri said we were willing to allocate a credit line to our businessmen but Bolivia did not accept. They refused the offer because they were afraid the US would criticize them and put them under pressure. They were obedient in economic matters to the US, but in political positions they were against Washington; They had problem with executive positions based on the requirements a revolutionary system that must maintain its cohesion.

Reza Tabatabai Unrest in Bolivia US intervention in Bolivia
https://www.scfr.ir/en/?p=116749 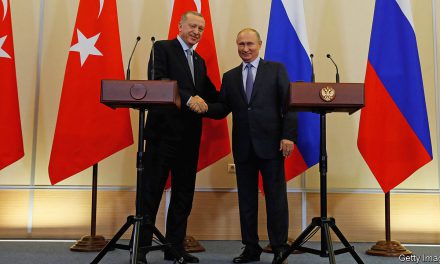 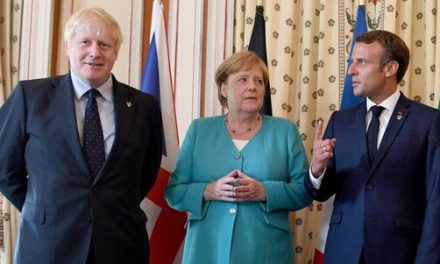 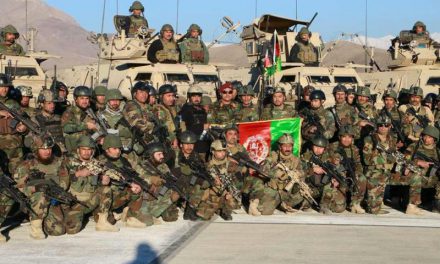