Strategic Council Online: The internal and foreign policies of the Saudi Crown Prince, Mohammed Bin Salman, including domestic suppression amidst superficial reforms, aggression against other countries and subservience to foreign powers, have prompted some people to draw a comparison between him and the deceased Iraqi dictator Saddam Hussein.
Davoud Ahmadzadeh, Middle East Affairs Expert

The first thing that comes to mind is the question as to whether Bin Salman’s fate would be similar to that of the Iraqi dictator or there is a difference between the conditions in Iraq and the present situation in Saudi Arabia.

Before answering this question, it should be noticed that under what circumstance Bin Salman is stepping on the path of becoming another Saddam and with the help and support of which foreign players?

Given the all-out support extended to Bin Salman by US president Donald Trump, the Zionist regime and his certain regional allies despite unveiling his role in the murder of (dissident Saudi journalist) Jamal Kashoggi and continuation of his war-mongering policies in Yemen, Syria and other regions, the outbreak of more tensions and war is likely in the region.

In addition to Trump, his son-in-law Jared Kushner is another key factor behind the scenes of Bin Salman’s remaining in power.

Kushner plays an influential role as a key agent of Zionist lobby in the US Senate and in the White House to prolong the war in the region and transfer the petrodollars to rich American groups e.g. owners of the giant military/arms factories. In fact, Kushner is the main player in the formation of the Saudi-Zionist-US triangle to pursue war-mongering policies in the region.

Therefore, we are now witnessing that despite massive protests inside the US and the Democrats anti-Bin Salman stance in the Senate, Trump has openly announced that he would not stop supporting Bin Salman although it was proved by the CIA and other intelligence agencies that Bin Salman was involved in Kashoggi’s murder, and because of the economic interests and also because of Iran’s presence in the region as a threat against US and the Zionist regime. He [Trump] also added that he believes showing any indifference towards the Saudi Crown Prince will lead to internal instability in Saudi Arabia and the weakening of the Saudi regime against Iran. Consequently, Trump and Kushner have turned a deaf ear to the protests of Democrats who urge the necessity of encountering the Saudi Crown Prince and imposing sanctions on Saudi Arabia. The two are still heading to promote bilateral relations with the Saudi regime while protecting Bin Salman and keeping him in power would only fan the flames of war in critical regions like Yemen and Syria.

As for the crisis in Yemen, we are witnessing that the Saudi-led coalition is still beating the war drum by worsening human conditions by bombing residential areas despite the fact that most of the regional and world countries have taken positions against them and called for an end to the killing of defenseless Yemeni women and children. All these are happening while commanders and leaders of the Ansar Allah have accepted to attend the Stockholm negotiations under legal conditions and based on legal evidence provided that the air strikes are stopped and the ban on Yemeni ports is lifted by the Saudi-led coalition.

On the other hand, despite US-Israeli all-out pressures against Iran and their convergence with the Saudi regime’s anti-Iran policies, Iran has called for finding a fair/peaceful way to end the crises and begin face-to-face negotiations with regional countries without the interference of foreign powers.

As for the comparison between Saddam and Bin Salman, it is to say that since the House of Saud and the governing system of Saudi Arabia are authoritarian, therefore, some similarities could be found between the Saudi regime and that of Saddam Hussein. It also can be concluded that the same wrong approach of supporting Saddam’s aggression which has been adopted by the West in the past is now being repeated during Trump’s term by supporting an authoritarian like Bin Salman in the region. The same policy which was pursued in the past by the US, France and some other Western countries to support Saddam’s regime by supplying him the most advanced weaponry in order to allegedly overthrow Iran’s new-born Islamic Republic and prevent its influence in the region, is now being emerged again under the name: The policy of anti-Iran coalitions under the leadership of Saudi Arabia. Coalitions like a Hebrew-Arab NATO which is a blind imitation of the Western military treaty (The North Atlantic Treaty Organization) are being designed and formed in the region as a possible scenario against Iran. There are also efforts in the region under such names as the Deal of the Century, to stabilize and strengthen the relationship between the Zionist regime and Arab countries, particularly Saudi Arabia as the main opponent of the Islamic Republic. Similarly, in the past, Saddam always talked about the Shi’ite Muslims referring to them as the Ajams (non-Arabs) and warned against their influence among the Sunni Muslims as a serious threat against the Arab countries. The same literature/rhetoric has been repeated in another way by Bin Salman for many times including when he talked about the emergence of the Shi’ite Crescent or when he said strengthening Iran is equal to further strengthening of Arab conservative states the consequence of which will be insecurity and crisis for the region. Therefore, we can see this imaginary scenario has been designed by the US and Zionist regime to cause more tensions among Muslim states on the one hand and sell more arms under the theory of the milking cow on the other hand. Such a policy will lead to the continuation of tensions between Iran and Saudi Arabia and a number of certain regional countries which move in line with Saudi Arabia. The US needs Bin Salman for creating tension and further plundering regional resources. Because on the one hand, his subservience to the White House is more than the previous Saudi monarchs. On the other hand, his cooperation and coordination with the Zionist regime as a strategic ally of the US is more sensitive than before and this means the continuation of war and crisis in the region.

Moreover, Bin Salman’s authoritarian approach and the way he treats his opponents inside and outside the country is another similarity between him and Saddam. The Saudi Crown Prince has been following a hypocritical policy which is pursuing some reforms under the name of Vision 2030 and referring to this as a sign of transition from a traditional society to an open society on the one hand and not tolerating any opposition to its practical and real policies on the other. For instance, he resorted to the arrest and detention of the Saudi princes and expelling them from the country for the sake of power integration. Another example of his hypocritical policy is expelling his famous/leading opponents from the country and eliminating of those critics or journalists who have been following the issue of the civil society. The clear example of this policy is the issue of Kashoggi.

In general, time will answer the question of whether Bin Salman would have the same fate as that of Saddam. 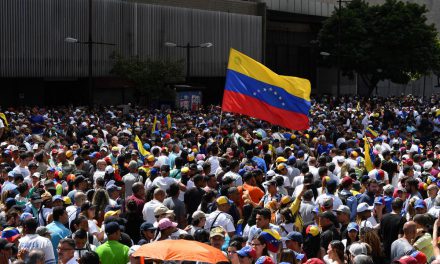 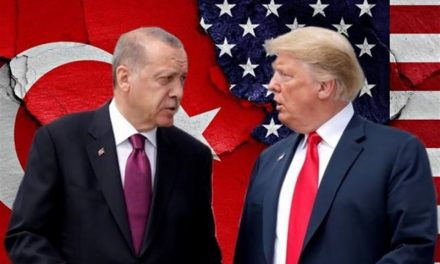