Consequences of Energy Embargo on Future Power & Economy of Russia

Strategic Council Online – Interview: A university professor, saying that if predictions made about the state of the Russian economy are realized, its economy will gradually be grounded, adding: Under such circumstances, there will be no change in the polarization of power in the international system, unless Russia is faced with developments like those in the Gorbachev era which is unlikely to happen.

Dr. Mehdi Fakheri, speaking in an interview with the website of the Strategic Council on Foreign Relations, while referring to the report of the International Energy Agency that by the second half of 2022, Russia’s oil production will decrease by about 3 million barrels per day, noted: Some see the Ukraine war as a Western trap for Russia to reap the benefits of sanctions, but sanctions are a double-edged sword, and in recent days we have seen Russia’s energy trap for the West. The lower the energy supply, the higher its price. Although Russia’s exports have fallen by about 30 percent since the war, its value has risen.

The international affairs analyst continued: Under such situation, exporters such as Iran and Venezuela may return to the market or exporters who were not under sanctions may increase the volume of their exports, but so far between OPEC member countries and Persian Gulf exporters this has not happened due to political and international issues.

Fakheri, stating that sometimes statistics offer points that are not necessarily the same as the analysis, adding: Since 2021, Russia’s total exports to Europe have been about 140 billion dollars and, in fact, about 12 billion dollars a month; while two months after the start of the Ukraine war, Russia’s oil and gas exports to Europe have doubled to about 62 billion dollars. This figure shows that Russia has earned about 31 billion a month this way! Therefore, dependence of countries, especially Europe, on Russia’s energy resources has so far prevented realization of predictions.

He explained: Although Germany announced at the beginning of the war that it would look for alternative sources and also signed a gas import contract with Qatar, in the last two months, it has imported 9 billion from Russia! After Germany, the Netherlands and Italy each imported about 7 billion dollars from Russia; so the problem is that even if there is political will and consensus among members of Europe and the United States and Europe have reached a general agreement on this, energy resources are not easily substituted.

Emphasizing that the energy market is inflexible and in the short term it is not possible to see the effects of policies in it, and in the medium and long term with the revelation of such effects, the conditions will be analyzable, he said: As time goes on, the scope of sanctions and their effectiveness increase, and Russia’s ability to take advantage of the current situation and increase projected prices gradually decreases. The international market is gradually adapting to those conditions and the situation is becoming more difficult for Russia.

Fakheri called attention to the type of goods and conditions of countries that trade with Russia as being necessary to provide a correct analysis, adding: Although the main figure of Russian trade is oil and gas and its main customer is Europe; Russia has vast capacities and numerous customers in addition to oil and gas. In just one volume, 15 percent of Russia’s total foreign trade is with China, and they have signed several projects together that are gradually becoming operational.

Recalling that coal accounted for 32 percent of Russia’s energy exports to Europe, the international affairs analyst referred to countries’ concerns about the food security of their citizens with the start of the war and said: 70 percent of Russia’s wheat and barley exports were exported only to the Middle East, and the interruption in their exports has increased their prices. Russia also exported a number of precious metals that have a guaranteed market, at least in China.

Fakheri cited the policy of exchanging oil and gas for the ruble as a factor in compensating for the devaluation of the ruble and creating new customers for its oil and gas, adding: The propaganda we see in the Western media does not necessarily reflect the whole truth. We are facing countries that have not even condemned Russia verbally and continue their trade with Russia in practice. The votes in the General Assembly showed that although some countries did not agree with the attack on Ukraine, they did not agree with the position of the West and their sanctions either.

Impact of sanctions on Russian economy

According to him, under such circumstances, Russia, like other countries that have been targeted by the West, can survive, but will naturally have costs for its economy. At least one billion a month directly from the cost of war, or by some estimates, one billion a week is not a small amount for a country’s economy. In addition, the World Bank predicts that Russian economy will grow negatively by 7 percent in 2022 instead of 2 percent, and if it does, it will gradually cripple the Russian economy.

The university professor, regarding the possibility of sanctions affecting the political and social processes in Russia, given the approaching elections in that country, said: Wars usually bring more people together and become a means of suppressing the internal opposition, but this process may be interrupted due to domestic issues and the situation of the Russian opposition, as well as the West support for Ukraine so far. The internal consequences of the war for Russia should be considered in the two forms of “Russia with Putin” and “Russia without Putin”, and the situation of “Russia without Putin” is definitely very destructive for that country.

Saying that the Ukraine war has seriously challenged Russia’s leadership, but it is unlikely that Russia will limit its power to the Asian region and become a moderate power, he referred to the country’s role in regional and international organizations, adding: This power bloc has different positions from the US and the West which are after a pattern of economic development for developing countries. In the equations of global and international power, they see themselves as the pole of power; therefore, a change in the polarization of power in the international system will not occur with the Ukraine war, unless Russia faces developments such as those in the Gorbachev era, which is also unlikely to happen. 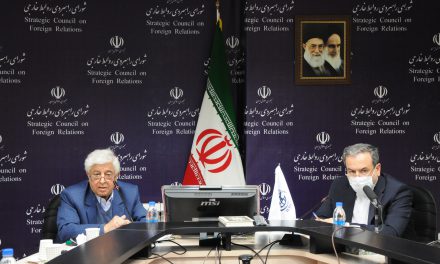 A Unified Strategy andApproach, Prerequisite in Dealing with Threat of Water Scarcity 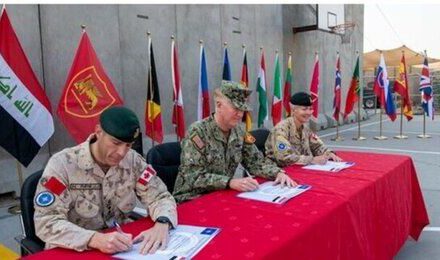 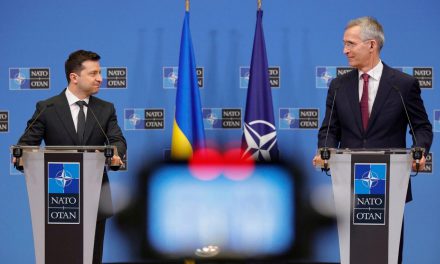 Consequences of Ukraine War on NATO Approach towards East Europe