Dr Kamal Kharrazi received a panel of experts from the German Bertelsmann Foundation and answered their questions on the developments of the region, the Joint Comprehensive Plan of Action (JCPOA), and relations between Iran and Europe.

He commented on Iran’s assessment of Europe’s fulfillment of its JCPOA commitments and said: “Although, given Europe’s internal problems, its weakness and inability against US pressures is understandable, however, EU’s failure and negligence to fulfil its JCPOA obligations cannot be justified and will not eliminate it of its responsibilities vis-a-vis the Iranian Nuclear Agreement.

The SCFR President stated: “Europe is in the neighbourhood of West Asia, and its security is directly linked to security in the region. It should be remembered that sustaining the JCPOA contributes to the security of the region and of Europe.

Dr Kharrazi, in response to a question on Iran-Turkey relations, said Turkey and Iran, despite some differences of opinion, have great potentials for cooperation, while Iran welcomes expansion of cooperation with the neighbouring country.

He added, for example, the Astana talks attended by Iran, Russia and Turkey have produced useful results on the Syrian crisis. In spite of US pressures and considering Turkish President Recep Tayyip Erdoğan’s approach, one can be hopeful about the promotion of ties between Tehran and Ankara.

In response to another question about Iran-Russia relations, the SCFR President said despite some differences between Iran and Russia and Turkey, there are many common interests, especially in Syria, and the tripartite cooperation is very effective in resolving the Syrian crisis.

Emphasizing that the change of government in Syria by force and through supporting terrorist groups from certain countries like Saudi Arabia is unacceptable, Dr Kharrazi said the support of European powers for terrorist groups in Syria or their silence vis-à-vis support for these groups by certain countries in the regions has been effective in instability of the region.

He added: “Our efforts are aimed at providing a good basis for Syria-Syria negotiations and for reforming the constitution and conducting free elections in Syria.”

Emphasizing that the defence strategy of the Islamic Republic in the region is quite defensive, Kharrazi noted: “Iran, Turkey and Saudi Arabia are three key countries in the region and they can play an effective role in achieving the mechanism for development of peace and stability in the region provided interventionist and destabilizing measures in the region are discontinued.

The SCFR President stated that the US administration is not seeking peace and security in the region, adding that Washington is seeking to create division among the countries of the region and taking advantage of crises. He said that solving the Yemeni crisis could pave the way for negotiations to resolve other crises in the region.

Dr Kharrazi in response to a question about Iran’s view on the elimination of tension between Armenia and Azerbaijan said: “Given the good relations between Iran and the two countries, we are ready to cooperate and support initiatives and actions to resolve the differences between Azerbaijan and Armenia.”

About Iran’s approach in countering the sanctions, Kharrazi said: “The Islamic Republic of Iran has young and expert human resources and rich energy and mineral resources, and with the good management of these resources, it can overcome the problems arising from the sanctions. 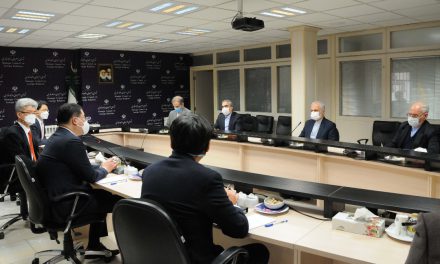 US cannot be trusted: Kharazi