In an interview with the website of the Strategic Council on Foreign Relations, Majid Mokhtari, examining the possible situation of the Taliban rule in the future, said: The Taliban, playing the role of state-building, means that the group is coming out of the shell of an insurgent structure into a state structure that demands a number of requirements.

The analyst of Afghanistan affairs, saying that the Taliban is now taking the same path as in 1996, when it first sought to establish international legitimacy, noted: In this regard, the Taliban has been able to show a relatively new face after the Doha talks with the United States, while countries such as Pakistan, Qatar, Russia, China and Saudi Arabia have also implicitly and de facto recognized that government and spoke of the need to work with it to reach a peaceful solution for the future government of Afghanistan..

Mokhtari continued: This spirit governing the positions of the countries regarding the future government of Afghanistan was also hidden in the final statement of the Shanghai Cooperation Organization meeting and the emphasis on the need to form an inclusive government in Afghanistan was made only in the form of recommendations.

Referring to the demands made by the international community regarding the Taliban’s performance in Afghanistan, including the formation of an inclusive government and the group’s performance in this area, he continued: The initial challenge of forming an inclusive government in Afghanistan has two dimensions; the first dimension is its prevalence among different sections of the Taliban and the other dimension is related to the presence of non-Taliban political groups in the future of Afghan politics. So far, the interim government formed by the Taliban has shown no sign of the presence of other political groups, and only it has sufficed to the presence of two Tajik and one Uzbek Taliban, plus 30 Pashtun Taliban.

Explaining the Taliban’s internal disputes, he said the timing for resolving the disputes is unclear, adding: It could take up to two years to resolve those disputes. Under such circumstances, the Taliban have effectively abandoned non-Pashtun tribes and representatives of Afghan civil and political society, who have played a role in the country’s politics for the past 20 years, many of them jihadists, and have made no promises for the future of their political participation and that of other groups. Basically, the Taliban who have not yet been able to agree on the division of power among themselves, will usually have difficulty in sharing power with others.

Stating that this political approach will soon be spread to other areas and will cause spread of differences, Mokhtari pointed to the possibility of waves of social challenges in Afghanistan and added: The second wave in the face of this situation, is the formation of resistance cells against this group that creates conditions in Afghanistan the same as the conditions in the years before 9/11 event and will become a factor for non-recognition of the Taliban by other governments and will worsen the situation in Afghanistan.

Emphasizing that the Taliban’s control over Afghanistan does not mean gaining power in that country and that political and social components of power should be considered more complex and broader than controlling the country by military force in a power vacuum, Mokhtari said: Before Afghanistan becomes a hotbed of ethnic-religious conflict, the Taliban have little opportunity to organize themselves politically based on political tolerance in order to overcome the country’s political complexities.

The expert on Afghanistan affairs clarified: The tough options of the Taliban are placing before them, and the group must use the window of negotiations, which is facing closure, with the leaders of political and ethnic-religious groups to form a stable Afghanistan in the absence of foreign forces. Given the dimensions of the Taliban’s inefficiency, if the waves of resistance against them are structured, the legitimacy of the Taliban will soon be ended.

Targets of the Taliban in raising issue of possible elections

Referring to the Taliban Deputy Minister of Intelligence’s remarks about holding elections with the participation of all Afghans, he said it was in order to reduce international pressure, adding: Of course, a senior Taliban official had previously stated that the new Afghan government would not be based on democracy; however, they know that they do not have an absolute majority, and in order to pursue the project of possible conversion to the Islamic Emirate, they have to cooperate with other groups.

Mokhtari added: The Taliban knows that, at least in the short term, by holding political talks with other groups for holding elections, it will have the opportunity to create a rift between its opposition groups; because they are not homogeneous groups and we see different paths of political spectrums such as Abdullah Abdullah and Karzai or Ahmad Massoud. This split could increase over time and reduce the pressure of resistance against the Taliban.

The analyst of Afghanistan affairs saying that pursuing ideas such as “holding elections” shows a negotiable face of the Taliban stressed: There is still not a clear vision for holding talks to reach a proper mechanism for achieving an inclusive government or holding elections in that country. At the same time, it should be borne in mind that the Pakistanis are not very interested in forming a national government and taking advantage of other groups in Afghanistan and are merely seeking to use this tactic to create the conditions for the Taliban government.

Mokhtari described it as more difficult for anti-Taliban groups to continue working after the establishment of the Taliban government, saying: However, if the Taliban can achieve at least international satisfaction regardless of its function, it can represent Afghanistan in various fields in the future. This issue now goes back to the intentions of the Taliban, in which the internal divisions are emerging. If the Taliban can overcome those issues and distribute power properly, the space for the administration of the government will be more open, but the Taliban seem to be repeating their past mistakes in other ways. 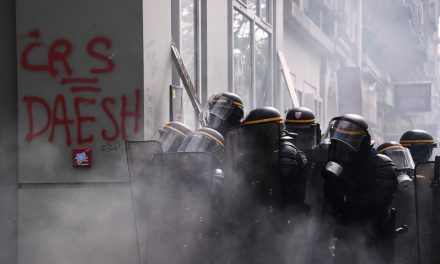