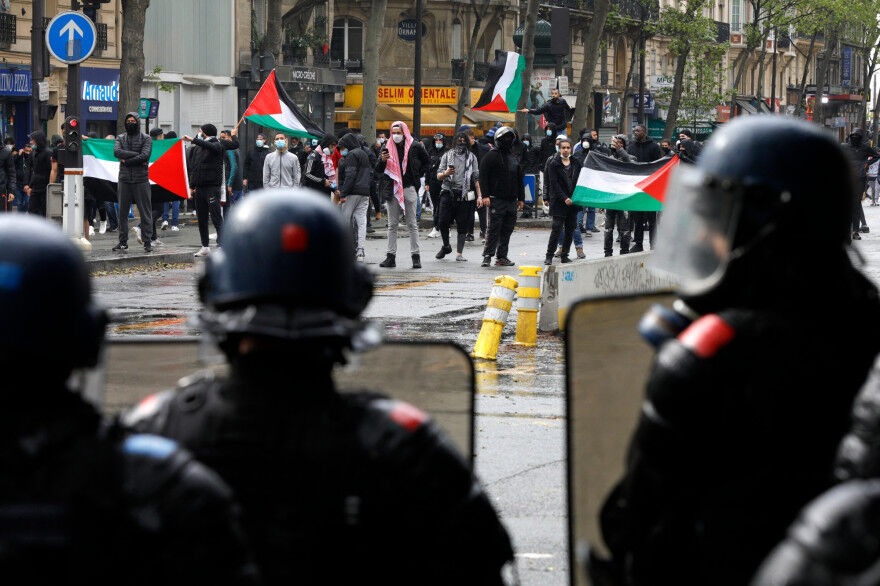 Strategic Council Online – An expert on international affairs commenting on the opposition of some European governments, including France and Germany, to holding anti-Israel demonstrations and supporting the Palestinian people, said: European governments have shown that they pursue a contradictory policy on human rights, the clear example of which is their controversial view which can be seen on the question of Palestine and Israel. Their recent measures in banning rallies in support of the Palestinian people show that they only claim freedom of expression and support of human rights.

Speaking to the website of the Strategic Council on Foreign Relations, Morteza Makki said: Recent developments in Palestine and the reaction of European governments and the US administration to the Zionist regime’s aggression against the Gaza Strip, showed the other side of the humanitarian policies of the Americans and European governments that to what extent they are ready to support Israel’s occupying and aggressive policies and turn a blind eye to the regime’s crimes.

Noting that we are witnessing new developments in the global political and security arena, Makki added: Those actions of the European governments and the US administration to restrict and ban protests against the Zionist occupation have become a kind of scandal for them.

Referring to the reaction of European governments to impose restrictions on protest demonstrations in support of the Palestinians, Makki said: On the one hand, this reaction shows the influence of the Zionist lobby among Western governments, and on the other hand, it shows the desperation and commitment of those governments in support of the Zionist regime. They are willing to ignore one of the most important tools in their foreign policy, which is the issue of human rights protection, and in this regard, we see a completely contradictory policy on the part of those governments.

The expert on international affairs further remarked: Undoubtedly, this kind of contradictory attitude towards human rights and the Palestinian issue will affect the political developments in the Middle East, and the nations of the region will not forget those behaviors.

Explaining the developments in Palestine, he said: Resistance groups have shown that the situation of the Zionists is no longer the same as in the past, whenever they want to attack and do not receive a response. In fact, the missiles fired by the resistance groups in the Gaza Strip and targeting Tel Aviv and the important and strategic centers of occupied Palestine show heavy changes in the Palestinian field, which can be very influential and decisive in the future developments of this territory.

The expert added: In any case, what happened as the Holocaust in World War II became a means for the Zionists to pretend to be innocent with an aim of creating a state in Palestine, and since then every European state, whether France, Britain, Germany or other European countries are committed to support the Zionists.

Saying that there is a lot of economic, political, and security cohesion between the Zionist regime and the European governments, Makki said: The same interrelation and widespread support for the Zionist regime have prevented those governments from playing a neutral and active role in what they themselves call the peace talks, and despite the fact that more than three decades have passed since the compromise talks, we do not see any progress in the process of peace and reconciliation between the Palestinians and the Jews; on the contrary, those negotiations provided an excuse for the Jews to legitimize their occupying policies towards Palestine.

The expert also referred to the perspective of developments and the view of European countries towards the Palestinian cause, adding: It does not seem that in the near future we will see a change in the attitude of European governments towards the issue of Palestine, but certainly fundamental changes in the scenes of civil societies of Western countries in relation to those events will be approaching which could put additional pressure on European governments to put limitations on their pro-Zionist positions.

Discrimination and Violation of Human Rights and Secularism in France