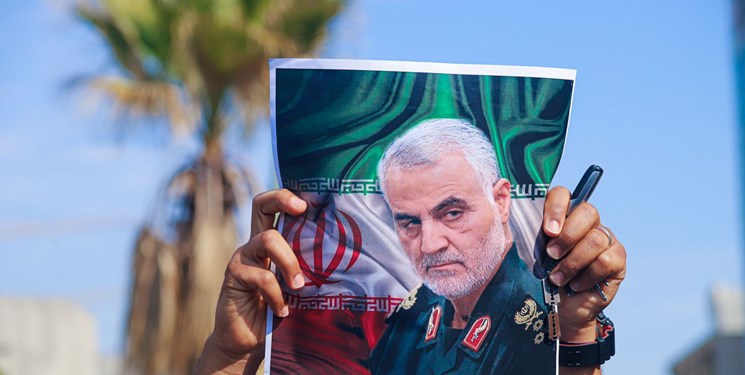 Strategic Council Online – A professor of international relations said that the “Resistance Discourse has now become the dominant discourse in the West Asian region and is strengthening day by day; This should be considered the intellectual and attitudinal influence of General Haj Qassem Soleimani in West Asia.

Dr. Seyed Razi Emadi, in an interview with the website of the Strategic Council on Foreign Relations, noted that Martyr Soleimani had played a prominent role in promoting the regional position of the resistance axis, adding: “Since he became the commander of the Quds Force of the Revolutionary Guards, whose main activity is abroad, the resistance axis has found a better regional position day by day.”

“In 2000, Israeli forces withdrew from southern Lebanon, and Seyed Hassan Nasrallah himself announced that Haj Qassem Soleimani was effective in the pullout; Or in 2006, when the biggest blow was dealt to Israel’s military prestige in the region, and not only did Israel not win the 33-day war, but it was practically defeated, the role of this great martyr is also evident.

Stressing that such events were very bitter for the Zionist regime, the West Asian analyst said: “The Zionists did not think that anyone could hit the Merkava tank, but Hezbollah did it. Enduring the fear in their hearts is difficult for the Israeli military. The fact that Seyed Hassan Nasrallah says in his speech, for example, something is going to happen at a certain time it happens, is a source of fear for the Israelis. In this context, Seyed Hassan Nasrallah himself said that in 2006 Haj Qassem Soleimani played a very important role in Hezbollah’s victory in the war against the Zionist regime.

Referring to the unrest in Syria in 2011, Emadi continued: “The spontaneous popular protests in Syria suddenly turned into a crisis and a terrorist war, and citizens of more than 80 countries entered Syria to fight the Syrian ruling establishment; While Damascus was on the verge of collapse, Martyr Soleimani pursued initiatives that kept the Syrian regime afloat. Certainly, several factors were involved in these victories, but the role of the commander was played by Haj Qassem Soleimani.

The university professor considered the combination of these developments as a factor in strengthening the regional position of the axis of the resistance and added: “Some American theorists have also explicitly stated that today we are no longer facing the” axis of resistance “, but the “resistance alliance”; That is, the resistance has become a coalition that goes far beyond the axis. This is a great achievement.

Emadi continued: “Now we see that the resistance groups in the region are no longer limited to Hezbollah in Lebanon or the Palestinian Islamic Jihad and the Hamas movement, but that the resistance groups have multiplied.” Today, no one can ignore the role of Yemeni Ansarullah in this country, not only can he not ignore it, but Ansarullah is the most organized and currently the most powerful political group in Yemen.

He stressed: “No one can ignore the role of” Hashad al-Shaabi “in Iraq; Because Hashad al-Shaabi also played a key role in the fight against ISIS. It was the popular groups that really fought, as far as we can see politically today, the groups close to Hashad al-Shaabi won the most seats in the 2018 elections after the Sairun coalition.

The proliferation of Resistance Groups

According to the university professor, these developments show that resistance groups have proliferated in the West Asian region, and these are really the product and achievement of Martyr Soleimani in this region.

Emadi described Martyr Soleimani’s attitude towards the issues of the region as lasting and said: “Basically, Haj Qassem Soleimani, intellectually, believed that security in the West Asian region should be indigenous and that imported security, such as that pursued by the axis of compromise and Arab states, will not provide security to West Asia.

He explained: “We saw an example of this people-oriented security in Syria.” In fact, it was the people’s army that fought to preserve the territorial integrity and geography of Syria. British security pact with Sweden and Finland; Trends and Consequences