» Strategic Perspective » Note » Consequences of Possible US Negotiations with Ansarollah

Strategic Council Online: The Americans have now come to the conclusion that the continuation of the Yemen war is to the detriment of the West and their position in the region, and are therefore trying to prevent Ansarollah’s increasing power by planning the negotiations.
Jafar Ghanadbashi – Middle East Affairs Expert

US officials have recently claimed that they have opened negotiations with Ansarollah to end the Yemen crisis. David Schenker, the Assistant Secretary of State for Near East Affairs, told reporters that the Trump administration is narrowly focused on trying to end the war in Yemen.

However, Hamid Assem, a chief Ansarollah negotiator in an interview with AFP, neither confirmed nor denied that talks had been held.

Regardless of the accuracy of these reports, the announcement by the US officials on negotiations with Ansarollah itself proves a number of very important points; first, the United States has accepted Ansarollah and the Houthis as the main negotiator and rejected Saudi claims that the group was terrorist or coup plotter. This could have many negative consequences for Saudi Arabia and could weaken its position in the region and in international relations.

On the other hand, the United States by holding these talks seeks to bypass Saudi Arabia and the UAE, and take the initiative in Yemen. Washington seeks to reduce reliance on its infamous allies in the region as far as possible, something that should be included in Trump’s election campaign program next year or at least ease the intensity of the criticisms of US-Saudi ties.

Another important issue is that the Americans have now come to the conclusion that the continuation of the Yemen war is to the detriment of the West and their position in the region, and are therefore trying to prevent Ansarollah’s increasing power by planning such talks. This US attempt and aim indicates that Washington has no hope that Riyadh would be able to end the Yemeni crisis without suffering irreparable losses.

Indeed, what is certain is that the Americans view the continuation of the Yemeni war to their detriment and by trying to end the war, explicitly admit that continuing the Yemeni crisis will result in strengthening Ansarollah, as well as the movement’s allies and supporters. In the meantime, as noted, this US action means ignoring the damage the end of the war will inflict on Saudi Arabia because the end of the war in the current situation will clearly mean the defeat of Riyadh.

On the contrary, Ansarollah’s attitude about the negotiations is also important; Principally the Ansarollah is unlikely to engage in full-fledged negotiations with the Americans. In their view, a positive response to the passive US request will mean low-level contacts and efforts to divide the US and its allies in the region. It is because, according to the rule, if Ansarollah wants to negotiate with the US in the conventional sense, it will raise a series of demands that Washington will have to meet.

The current negotiation between Ansarollah and the US can be somewhat compared to the Taliban-Washington talks, implying that the Americans may want to repeat the experience of the Taliban talks which excluded the central government in Kabul. Nevertheless, the US talks with the Taliban too have failed and President Donald Trump has announced the suspension of the negotiations after the Taliban claimed responsibility for a recent bomb attack in Afghanistan.

There are, of course, differences, such as Ansarollah, unlike the Taliban, is not an internal group but a stream independent of Yemeni central government that has taken over part of the country. So the realization of negotiations with Ansarollah is higher than the Taliban.

However, it is also possible that the United States may seek to deceive Ansarollah by conducting negotiations. That is, Washington may engage Ansarollah in the political scene and, on the other hand, inflict blows on it in the military field: An issue that Ansarollah will undoubtedly take into consideration. 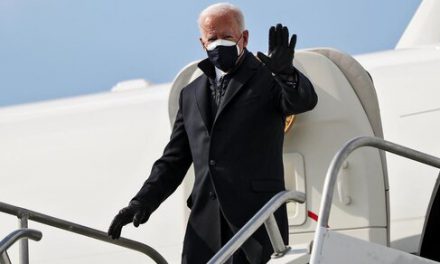