Strategic Council Online: We Iranians have a saying that “Where There Is a Will There Is a Way.” One year into the US pullout from the Iran Nuclear Agreement this Iranian proverb can serve as a good yardstick to examine the compliance of the European side with its commitment maintaining an agreement which Europe itself considers imperative to safeguard the security of the region.
Dr. Ali Karbalaie Hosseini – International Law Expert

What stems from the commitments of the European side within the Joint Comprehensive Plan of Action (JCPOA) as an international agreement is not a mere political deal but an agreement with legal consequences. As we witnessed, the EU officially registered suspension of the sanctions related to Iran nuclear issue. Furthermore, the Union recently registered and announced the financial mechanism for INSTEX (Instrument in Support of Trade Exchanges).

The question is why, despite the EU acceptance of the legal obligations, their executive impact is not tangible? In other words, is this non-implementation due to EU reluctance or its incapability? To answer this question and by examining an example, if we look at the main goal of establishment of INSTEX part of the problem could be found. This mechanism deals with merely a small part of what Europe has already pledged in an ordinary manner, namely the promise of non-dollar trade exchanges which according to the European side should have a limited performance for so-called humanitarian purposes.

In this way and in the same example, it can be concluded that the Europeans have chosen a short-term and low-value investment as a solution to pursue a strategic goal that they see as security issues in West Asia. In this context, we can assert that the Europeans in the cost-benefit equation have valued win (Europe) – lose (Iran) situation rather than a win-win case!

The European Union meeting in Brussels on Monday contained important political messages for the JCPOA but you could still feel the repeated promises coming out of the event. Although the Europeans did not throw red carpet for the US Secretary of State Mike Pompeo, who went to Brussels to bring Europeans closer to the White House against Iran. But as witnessed in the past year, there was no news about Europe’s stance against American breach of commitment.

More than what has been published in the news on Europe’s demands of the United States for self-restraint against Iran we should have heard why Europe cannot design a legal mechanism whereby the United States could not prevent the JCPOA from survival. Whether the strategic horizon of relations with Iran for Europe is not clear is the main reason for the strategic mistakes of the EU towards Iran can be investigated, but before that, it should first of all be considered whether the hand-tied Europe against the US has no solution to circumvent Washington and maintain minimum security interests?

If Europe takes on the assumption that at least another six years they have to deal with a president in the United States, who is withdrawing from each and every international agreement, disregards international laws and international order and does not have enough insight for foreign relations, then the creation of new legal mechanisms to promote relations with Iran can be explored.
In this regard, before creating new legal mechanisms, it is first necessary to remove the fundamental legal barriers that exist on the way of Iran-EU relations. The European Union is still trying to restrict the format of relations to the nuclear issue, and follows the issue only within the security context; that is why the EU tries to link the missile and regional issues to the failed JCPOA under the nuclear deal.

Taking into account the status quo, it is necessary for the EU, in the first step, to understand the regional realities and the national interests of the Islamic Republic of Iran, and make a major revision in its approach towards Iran and remove the existing restrictions in the bilateral relations in favor of the JCPOA.

Although the process of updating the Blocking Statute was launched by the European Commission on 6 June 2018 to neutralize the US sanctions against Iran’s trading partners, contrary to the European Commission’s announcement we have not seen any practical impact. In response to the extraterritorial sanctions the US is re-imposing on Iran, the European Commission said in a release that the Special Purpose Vehicle will support European economic operators engaged in legitimate trade with Iran, in accordance with EU law and with UN Security Council Resolution 2231.

The EU’s Blocking Statute bans any EU company from complying with U.S. sanctions directly or indirectly (through subsidiaries or brokers) and does not recognize any court rulings that enforce American penalties.

Despite such capacity, over the past year, there has not been any gain in relations between Iran and the European Union, except for political promises and commotion. If Europe had translated its political resolve into practice one year was not little time to establish a European-Iranian bank headquartered in one of the EU states; create small and medium Iranian-European companies and establish other legal mechanisms to counteract US illicit sanctions.

On these days last year, European leaders issued a statement announcing its commitments to pursue issues including the continuation of oil sales, effective banking interactions with Iran, transport relations, economic and financial cooperation…

Alas, they have not learned a lesson from recurrence of the Saadabad Agreement 16 years ago. 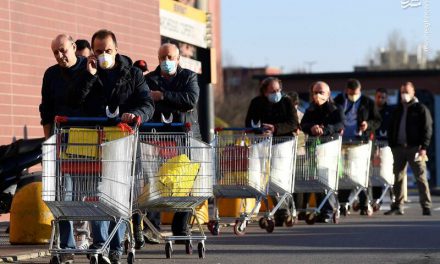 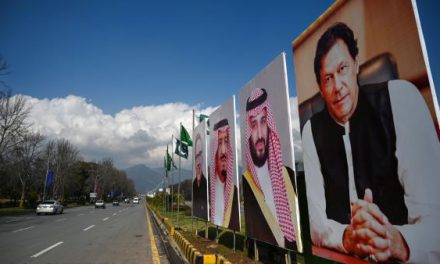 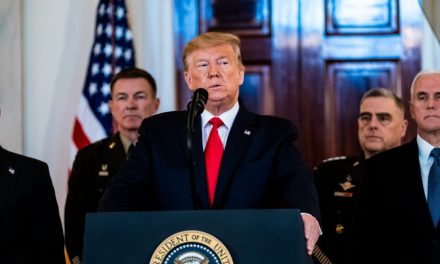 Assassination of General Soleimani and Reverse Results for America