Strategic Council Online – Interview: A senior expert on Turkey affairs, explaining the devastating consequences of Turkish dam building, said: A regional water management institution should be established in the region to help facilitate identification of new and effective methods of water resources management, communication and cooperation between members, creation of a communication network and discovery of more opportunities to deepen cooperation among countries of the region in the future.

Dr. Ali Hajimohammadi, speaking in an interview with the website of the Strategic Council on Foreign Relations, stated that dam building is considered as one of the main goals of development in Turkey, adding: The dominant paradigm of development in Turkey is neoliberalism and, in this regard, due to the focus on control and use of natural resources, as in many countries in the region, socio-political realities, environmental concerns and cultural sensitivities are ignored.

Saying that despite domestic criticism and opposition to devastating social and environmental effects of those projects, Turkish politicians describe their decisions in this regard as “inevitable” or “sacrifice for the greater good”, that is to say, to make Turkey a fully developed country and legitimize it, he noted: Historically, Turkish planners and politicians have tied the country’s development to controlling transboundary waters.

Referring to the country’s attention to the hydropower infrastructure as a means for economic development, the expert on Turkey affairs said: Development circles in Turkey recognize that increasing hydropower capacity is a promising goal to advance modernization and that consider construction of large projects as an opportunity to exert more influence at the international level.

Referring to energy shortages in Turkey due to lack of oil and gas resources and considering as vital construction of dams to reduce energy dependence, Hajimohammadi added: The Southeastern Anatolia Project (GAP) is an important project in terms of ensuring Turkey’s energy and food security, and of course, regardless of the neighbors’ concerns. The GAP region includes large plains as well as vital rivers such as the Tigris and Euphrates. It accounts for approximately 20% of Turkey’s total irrigable land and 33% of its energy potential. For this reason, one of GAP’s primary goals is to turn the region into a “food basket” for the Middle East.

He continued: Although this project is behind its objectives, it still produces about 25% of the country’s hydropower and mainly between 25 to 50% of some agricultural products such as cotton, wheat, red lentils and pistachios.

Consequences of dam building in Turkey

Regarding the consequences of dam building in Turkey for the countries of the region and the country itself, Hajimohammadi stated: Water is directly related to the security of the region. Given the current environmental and climatic conditions and the lack of clear atmosphere for political and diplomatic solutions for water disputes, the Southeastern Anatolia Project (GAP) may be a factor in changing the game and tensions in the region.

Saying that GAP had allowed Turkey to control the flow of the most central rivers in the Middle East and to frame its water hegemony, he added: Turkey may use it as a weapon in critical and tense situations and in future conflicts with its neighbors. In this context, Syria and Iraq are also concerned that this project will severely affect the quality and quantity of their water by intensifying the consequences caused by fine dust.

The international affairs expert referred to the views of some critics in Turkey regarding the dam building and added: From the point of view of some Turkish experts, GAP is not a productive project, but an exploitation project; because it may cause displacement of thousands of people, flooding of important historical cities and mass cultural decline, water shortage, desertification, and mismanagement, prolonged drought, increased dust and other negative consequences. In Iran, too, there have been criticisms that the Ilisu Dam is a serious threat to Iraq, and ultimately to Iran, by reducing the entry of Tigris water into Iraq by 56 percent.

Referring to the numerous climatic, environmental and security challenges in the Middle East, Hajimohammadi considered continuation of the GAP process and lack of joint diplomatic initiative by Iran, Syria and Iraq towards Turkey as a factor causing more tension with regard to water and said: Given the legal loopholes, lack of a comprehensive enforcement mechanism to oblige Turkey to reconsider its water policy in the region, and lack of bilateral and multilateral water treaties and agreements among countries in the region, in the first phase bilateral and multilateral regional policies should be addressed to solve this problem.

He stressed: Water should be used as a basis for regional cooperation and the source of interaction among countries in the region, and the definition and implementation of projects based on common interests with a focus on transboundary water resources should be considered within the framework of official water policy, not as an axis of conflict and tension of countries with each other.

Hajimohammadi proposed: A regional water management institution should be established in the region and that the budget for water-related research should be increased. Establishing a joint water research center among Iran, Turkey, Iraq and Syria is also a logical solution to discuss technical issues while exchanging data and statistics on monitoring and measuring water resources in the region. Formation of a joint technical committee at the center could reveal many ambiguous issues and facilitate and expedite the process of political negotiations and water diplomacy.

The analyst of international affairs, pointing to the need to strengthen the role of parliamentary diplomacy in the field of water and management of joint water resources, considered it as a factor to help identify the main directions and orientations of cooperation to create and improve the legal and institutional framework in the field of implementation of water-related strategies with a focus on promoting cooperation to prevent drought and for sustainable management of joint water resources.

Emphasizing the need for Turkey to play an active role in reducing any possible conflict with its neighbors over the Ilisu Dam and other water policies in the region, Hajimohammadi added: Turkey’s dam-building policies should be pursued in the light of mutual interests and concerns of neighboring countries, and based on strengthening cooperation and security in the region. 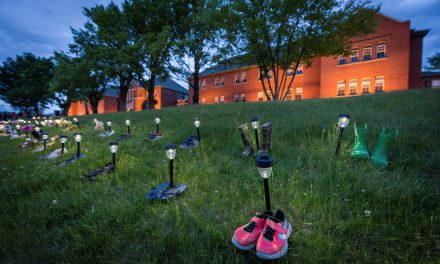 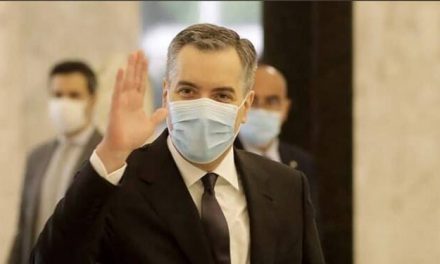 Players behind Resignation of Mustapha Adib 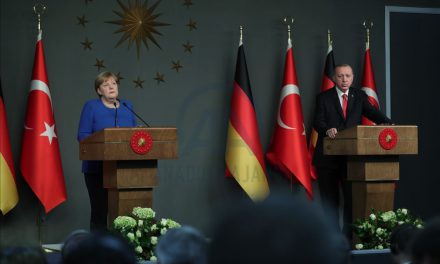 Reasons and Aims of New Mobility in German-Turkish Relations 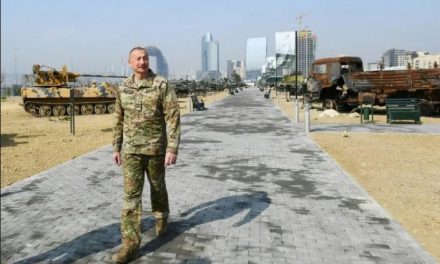 Challenges ahead of Brussels Negotiations on Southern Caucasia