TEHRAN, Oct. 25 – Head of Strategic Council of Foreign Relations has said the US presence in Afghanistan is for advancement of its own strategic interests not fighting terrorism.

Kamal Kharazi made the remarks in a meeting with former president of Afghanistan Hamed Karzai on Tuesday in Tehran, underlining that US stabilized its presence in the country under the pretext of fighting Taliban.

“The proof is that international aids in Afghanistan are used up by the invaders, not in development plans of the country; this indicates that US is just following its strategic interests in Afghanistan and doesn’t care its freedom,” Kharazi said.

Noting the interventionist policy of US in Afghanistan, former Iranian FM regretted that foreign meddling is a major problem in Afghanistan “which is currently framing under ISIL.”

“From strategic point of view, US has no intention of confronting terrorism as the experience in Iraq and Syria suggests; US never fight terrorists in Iraq and Syria seriously and it was Iran and Russia who helped the countries to shift the conditions,” he reaffirmed, adding “this has affected US strategic plans in the region and this is why US is against Iran and its influence in the region.”

“There is the possibility that Syria experience just what happened to Afghanistan; US makes use of terrorist groups as leverage and for example if the political transition doesn’t proceed in the right direction, al-Nusra and ISIL would turn into leverages against the national government,” Kharazi warned.

He put emphasis on need of consultation and negotiation in Afghanistan, asserting that Islamic Republic has always supported Afghanistan, as its security is Iran’s.

Hamed Karzai, for his part, noted the current condition of Afghanistan and the presence of US in the country; “US is either defeated or not; I believe it is not and this means more strategic and greater frame could be considered for American plans in the region; we have to cooperate in the regional level to find a solution for a stable Afghanistan.”

“We have to strengthen Afghanistan’s national sovereignty and take into consideration why US is still in the country; the decision by Afghan nation and its will, whatever it be, should be respected by all, even US,” Karzai concluded. 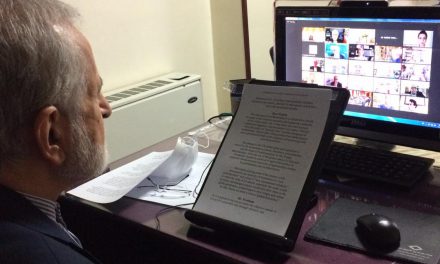