Escalation of Tension with China & the U.S. Strategy

Strategic Council Online – Interview: Having stated that the U.S. is aware of long term response of China to the recent visit of Nancy Pelosi to Taiwan will be increasing attempts to accede Taiwan to the main land, an expert of international affairs said:” through calculation, Beijing knows that tension in the East Asia will be detrimental to China because the country has almost no other ally in its region except North Korea”.

While referring to the strong criticism of China about the visit of Nancy Pelosi, Speaker of the United States House of Representatives, to Taiwan, Mehdi Shapouri in an interview with the site of Strategic Council on Foreign Relations spelled out:” Despite criticisms raised by China, but at the present time, there is no probability that country react seriously against the U.S. measure. Xi Jinping needs his country to face with the least tension to win, according to predictions, for the third time in the upcoming presidential election which is due to be held during late next autumn”.

Importance of Preserving Stability for China until the Next Presidential Election
He added:” the maximum effort made by Xi Jinping is to keep China in a stabled situation during the period. Even on the coronavirus, they enforce the quarantine more seriously in order to keep everything under control until the election is held. If the present president of China will continue to remain in office, there is a possibility that the scenario of attacking Taiwan will gain weight”.
The member of scientific board of Strategic Studies Research Center stated that there is a possibility that after election is held, tensions level will be promoted on geopolitical issues between China and the U.S. he said:” it seems that if and when Xi Jinping will be elected for the third time, China may distance itself from its conciliatory policy”.
Having touched upon the possibility of adopting a serious policy by China to impose sanctions on the U.S. as an economic power, he added:” China has experienced high growth rate in military sphere within the recent years, but it is still not at a level that can militarily confront with the U.S. In such situations, China confines itself to issue warnings on emerged disputes that, from time to time, seems tension level has heightened”.
Having underscored to the point that China has never showed inclination to sort out Taiwan issue through military power, and actions taken in this respect have also been reactions to U.S. measure, Shapouri continued to add:” the U.S. instigates China to react on Taiwan and thus has made it as part of the plan to contain China and to exert pressure on the country”.
The expert of international issues noted:” China knows that application of force and employing military power against Taiwan are coupled with high prices. Moreover, it is not economically clear whether China can manage to proceed with such an objective, and it will lose economically too. Thus, it will lose economically too. China has no military base in Taiwan, and Taiwanese do not support the idea of joining their country to China either. Certainly, such situation has created difficult conditions for China and has made the country face challenge”.
According to Shapouri, with reelection of Xi Jinping, he will distance China from its conciliatory policy to some extent. Then, we will witness the escalation of geopolitical tensions with the U.S. but in case another person be selected by the (Communist) Party as President, China will follow its previous conciliatory policies, then we will witness a kind of compromise with the U.S. However, in selecting the next president, one should wait and see the inclination of the Communist Party, because the lion share of the Communist Party is not in favor of tension, instead it is more inclined to pursue its development policies, and thus prefers Chinese development rather than geopolitical tensions”.
He referred to remarks made by one of the While House officials who had said China will react to the visit of Nancy Pelosi to Taiwan in long term. He added:” earlier, we had also witnessed the (similar) visit of the Speaker of the United States House of Representatives to Taiwan in late 1990s without considering China’s reservations. Other military and political U.S. authorities have already paid visits to Taiwan several times. Now, because of highlighting (Pelosi’s) visit by media and also escalation of tensions level between the two countries, the recent visit which was very important by itself, drew too much attention. It even made speculations that either Pelosi may change her mind or China will respond unpredictably”.

China’s Long Term Response to the U.S.
Having stated that the visit was not a matter of prestige for China, the member of scientific board of Strategic Studies Research Center explained:” the U.S. knows that the long term response of China will be within the framework of attempts to annex Taiwan to the main land, but in the meantime, through the competitions already started, the U.S. will take steps to further support Taiwan, and through sidelining the policy of ambiguity in connection with China, it will take more serious measures”.
Having commented on Pompeo’s Twitter message in which while he supported Pelosi’s visit to Taiwan, he openly announced that the U.S. should put its weight behind the independent state with sovereign right of Taiwan, Shapouri said:” if the Republicans win the next U.S. presidential election, we will witness further weakening of united China policy. In such a situation, China should either keep the tension level low and enter into a kind of compromise with the U.S. to be able to proceed with its development policies or to pay the price for escalation of geopolitical tensions level. Through calculation, China knows that any tension in the region will be detrimental to China; because the country has almost no ally in its region except North Korea”.
Having stated that in response to China’s military war game, the U.S. with the collaboration of Indonesia, Thailand and Australia held a military exercise, he spelled out:” the countries of the region do not consider the empowerment of China to their benefit, and they are afraid of its further advancement. Therefore, any offensive measure taken by Beijing in the East Asia will provoke those countries against China. Consequently, it will provide greater opportunity to the U.S. to build consensus against China and to mount pressures for its containment”.
The analyst of international issues reminded:” within the recent several years, we have been witnessing the escalation of verbal tensions in the Ministry of Foreign Affairs of China, particularly in positions taken by its spokesperson. A part of expectations to respond to the U.S. measures originates from these remarks. But the U.S. has officially announced that it continues to abide by the united China policy and the visit will not make any change in its policies”. 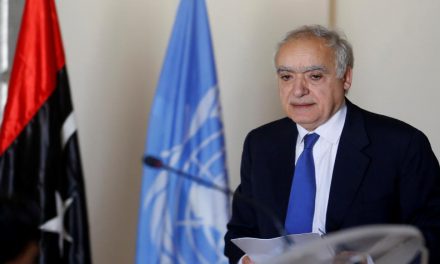