Strategic Council Online – A faculty member of the faculty of International Relations, referring to the holding of East Asian meetings emphasized: Countries of this region have accepted the reality of China’s economic power and despite the sanctions, China has passed against some of them, are still sitting next to each other and trying to strengthen their economic-political convergence.

Dr. Mehdi Fakheri, speaking in an interview with the website of the Strategic Council on Foreign Relations, referred to the recent three important meetings in East Asia and stated: The meeting of ASEAN has an East Asian regional nature, the “APEC” meeting is trans-regional in nature and is specifically for the Asia-Pacific, and the Group of 20, is a global meeting that includes the twenty largest economies in the world, they have differences in nature that differ in terms of decision-making and the scope of the impact of those decisions, although the main core constituting the three groups is the East Asian countries.

The university professor continued: In the ASEAN meeting, issues such as food security and energy, which were affected after Russia’s attack on Ukraine, were mostly discussed. In addition, in that meeting, much attention was paid to the issue of empowering women in various aspects of education, health, social jobs and political positions. Also, the need to pay attention to sustainable development and post-COVID economic growth has led the East Asian economic community to the direction that they should have a general plan for those issues.

Fakheri said: The same group has also expressed its views in APEC and Group 20 meetings, but the priorities were different. Although the 18 countries that are members of the East Asia Summit have not had much problem in holding it, many questions have been raised about holding the G20 meeting and the discussion of whether to hold it or not in the current situation, considering the positions that the United States and Russia have on the one hand and the US and China, on the other hand, with regard to each other, which caused questions to be raised about the usefulness of the meeting. If it wasn’t the emphasis and follow-up of Indonesia’s diplomatic system and its president, perhaps many people would have come to the conclusion that it is better not to hold the G20 meeting.

Saying that the concern of entering into a new economic recession in 2023, the consequences of Russia’s aggression against Ukraine, and the post-coronavirus issues that have affected the economies of Eastern and Western societies were among the topics discussed in the talks, he added: Those organizations have different natures; ASEAN is member-oriented and treaty-oriented, but APEC, although its 21 member countries are committed to it, its decisions are not very binding and it is more of a moral agreement than a legal and political one.

The international economic analyst continued: The Group of 20 is also a meeting of the heads of the world’s major economies, and although their decisions are advisory and recommendatory, each country chooses its positions under the influence of its national interests. Even though there was a risk of not issuing a statement, those countries finally agreed with difficulty on issuing a statement and tried not to condemn any of the countries of Russia, China and the United States and only expressed their concern.

Stating that the global economic trend has been affected by the competition between China and the United States and Trump, by making previous concerns of the US public, has turned issues into a trade war, Fakheri explained: China and the United States are both present in those three organizations, the type of understanding and the negotiation they had with each other showed again that the Chinese have no desire to go to war with the US, but they never ignore their national interests and is not afraid of making hostile decisions.

He reminded: The Americans in the Biden administration realized that the cost of a direct conflict would be very high for their economy and politics, and calculations showed that the last country that was hurt by this trade war was China, and the biggest losses were for the American people.

The university professor stated that American-centered APEC members and the China-centered “Regional Community Economic Partnership (RCEP)” agreement in East Asia are trying to pull the world’s economy and trade towards their own interests, adding: Meanwhile, in the past five years, Southeast Asian countries in the positions they have adopted have tried to avoid taking positions in favor of the US, China or Russia. Although Russia’s aggression against Ukraine was condemned, no practical decisions were made about it. In the competition between the United States and China, it is also avoided to take a direct position in confirming or condemning one side.

Fakheri stated: Although all ASEAN member countries owe their economic growth in the second half of the 20th century to access to the US market, the reality of the 21st century in East Asia is that Chinese capital and technology has come to help East Asian countries as well as other parts of the world and while the US has been involved in many issues in different periods, China with sufficient capital, has significantly affected the economy of those countries with its resources and now it is almost the first trading partner of 120 countries in the world.

Emphasizing that the economic and commercial policies of East Asian and even Asia Pacific countries try to establish a balance between access to China’s financial and technical resources and access to the US market, he said: Therefore, those countries refrain from adopting harsh positions or policies that may annoy one of those countries. Although the ASEAN countries are concerned about China’s aggressive policies in the South Sea and this concern has been reported to the Chinese authorities through various countries, they insist that the interests of their people require them to benefit from China’s assistance.

The analyst of international economic affairs added: Organizations active in East Asia, like the links of a chain, have joined hands to keep the convergence process of the region away from the tensions that may affect socio-economic development.

Referring to the creation of different alliances in East Asia with the centrality of the United States and China to confront each other and economic and commercial competition, Fakheri noted: Countries of that region have accepted the reality of China’s economic power and despite the sanctions that China has passed against some of them, still sit next to each other and try to strengthen their economic-political convergence. Despite all the ups and downs, they have never been separated from the convergence process, and this participation and competition in the economic field has strengthened their positions in political engagements. Naturally, for all those countries, national interests were seen beyond ideological interests, which made them pay less in coalitions and take advantage of its benefits. 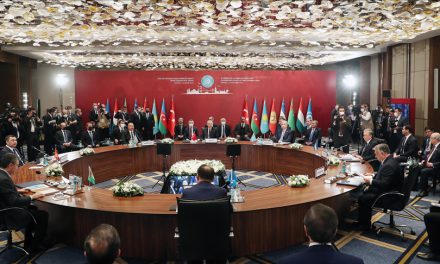