The roots of the escalation of the political crisis in Libya

Strategic Council Online—Interview: The African issues expert said about the political crisis in Libya intensifying due to disagreements in the governance of this country that “the differences that have been manifested in the Libyan capital once again have two different faces, the public face and the hidden face.”

Jafar Qannadbashi told the Strategic Council on Foreign Relations that “the public and apparent face of the differences over some institutions, organizations and institutes that are transferred between the two Libyan governments, namely the government of the Coordination Council headed by Abdul Hamid al-Dabibah and the elected government of the parliament headed by Fathi Bashagha, and somehow shows the efforts of each of the governments to be established in the capital city.
According to Qannadabashi, these competitions have gained more scope and more violent dimensions with the power-seeking of some militia groups based in Tripoli.
The expert on African issues explained about the hidden face or behind the scenes of these conflicts: “In this regard, we should mention the serious competition between regional and extra-regional powers over Libya’s oil and gas reservoirs; That too in a situation where the energy crisis has engulfed the western world.”
“However, both sides of the conflicts, i.e. the two current governments in Libya, have differences over the manner of holding the election, its time and how to implement the election regulations. As Mr. Debibeh emphasizes, he has a mission to prepare for the holding of general elections in Libya on behalf of the Coordination Council and the United Nations, and then hand over power to the people’s elected government. On the other hand, Fathi Pashagha claims that the government of Mr. Debiba is an illegal government and the legitimacy of this government has been rejected by the parliament”.
Pointing out that the effects of the war in Ukraine in North Africa in the form of intensifying competition of Western powers over oil resources, this expert said that the possibility of Russia’s presence and influence in Libya has also intensified the competition.
Qannadbashi says that the issue of establishing security in Libya and preventing any abuse of the current chaos by Western opposition groups is one of the issues on the agenda of Western governments; However, the past competition between Brotherhood groups relying on the government of Ankara and Doha on the one hand and groups relying on the aid of Riyadh and Abu Dhabi on the other hand is still in place, and in this sense, the issue of holding elections in Libya, which can bring stability and security desired by the West in Libya is postponed.
According to this expert, the most acute issue from the point of view of Western governments opposed to Russia is that the flow of oil exports from Libya continues and that there is no disruption in the oil transfer process.
“At the same time, the issue of extracting gas from Libya’s newly discovered resources in the Mediterranean Sea and how each of the parties exploits it is considered to be one of the main concerns affecting the process of Libyan developments”.
In response to what scenarios can be envisioned for Libya’s political future, Qannadabashi explained: “In the current situation, the most necessary and best option for the Libyan people is to prepare for the holding of national elections in this country rather than the formation of a single government and nationwide government in this African country. At the same time, by creating stability and peace, any interference by foreign governments should be prevented and the national interests of the Libyan people, which are dependent on the formation of such a government, should be provided. But the realization of this scenario does not seem possible in the short term due to the internal conditions of Libya and the division of power between the two governments, as well as the mentioned competitions.”
This expert said about the possible scenario that another scenario that mostly realistic analysts emphasize is the continuation of the current situation; That too in a way that does not have destructive effects on the process of oil transfer and export.
“For the western world and most of the regional powers that protect the interests of the west, the main priority is not to reduce or stop the export of Libyan oil to the western world, and holding elections and forming a permanent government is the next priority.”. 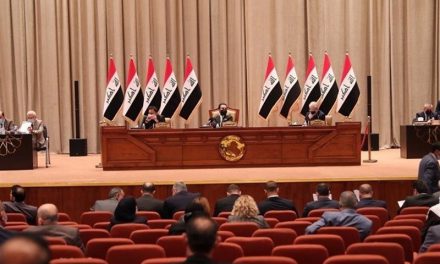