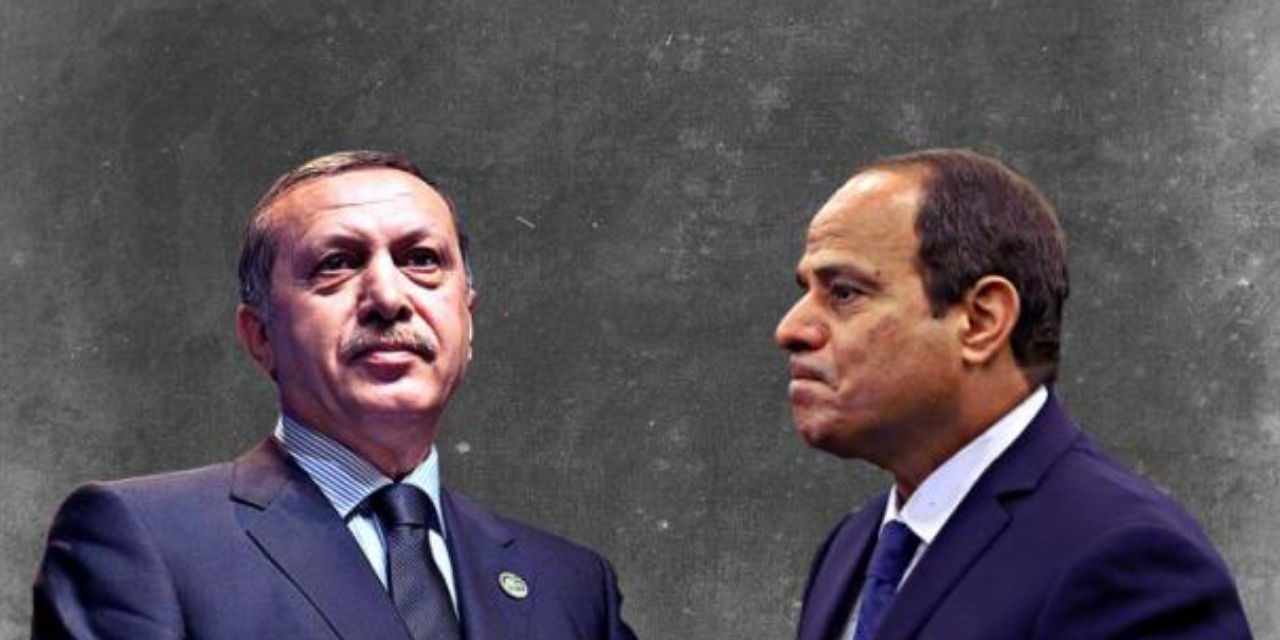 Strategic Council Online—Editorial: Turkey’s foreign minister Mevlut Cavusoglu announced in a news conference that Ankara has sent a positive message to the Egyptian government in Cairo. After eight years of turbulent relations between the two countries, Cavusoglu said Turkey has made contacts at the intelligence and diplomatic levels with Egypt and Ankara is ready to sign an agreement with Cairo to assign marine borders through negotiation under the present circumstances. And Turkey considers as positive the activities of Egypt in the Mediterranean Sea excavations. Egypt has implicitly recognized Turkey’s marine borders and sent a positive message to Ankara in this way.

Some time ago, Cairo organized a tender for hydrocarbon excavations in the Mediterranean Sea. In the documents of the tender, the western parts of the Mediterranean Sea were drawn according to the agreement between Cairo and Athens while the eastern parts were demarcated according to the deal between Turkey and the Libya’s National Unity Government. The statement by Egypt on measuring the amount of hydrocarbon resources in the Mediterranean Sea is indicative of the efforts by Cairo to stay away from regional tensions emanating from the crisis over the Cyprus island. Such an act by Egypt could be considered as a positive step towards the probable opening of talks with Turkey. Even though there are differences between Turkey and Egypt over the United Nations Convention on the Law of the Sea, Egypt and several other littoral states of the Mediterranean Sea have joined the UNCLOS. In the light of the UN convention Egypt has conducted talks with Greece and Cyprus and reached an agreement on marine demarcation.

If positions taken by the leaders and senior ranking officials of Egypt and Turkey on the probable resumption of bilateral relations are taken into consideration, it becomes evident that Ankara is more interested in the resumption of relations than Cairo. According to the Turkish President Erdogan, contacts with Egypt are not underway at the highest levels. However, contacts are being directly made between the two countries in other levels. Moreover, Turkey’s cooperation with Egypt is continuing in other economic, diplomatic and intelligence areas.

Remarks by Turkish Minister of Defense Hulusi Akar that recent developments will be in favor of both countries as well as other countries in the region seem more promising than Erdogan’s. In his belief, these developments are in tandem with their cultural and historical relations. Egypt’s respect to Turkey’s marine borders in the Mediterranean Sea would be an important step. Ibrahim Kalin the Spokesman of the Turkey’s Government has described Egypt as the heart and mind of the Arab world.

Recent regional and international developments have forced Ankara to review its regional and international stances. Turkey is now trying to normalize its relations with Egypt, Saudi Arabia, the United Arab Emirates and the Zionist regime. Ankara is sending signals to them in this respect. Ankara and Cairo established warm and close relations in a short period when Mohammad Morsi was the President of the Arab Republic of Egypt. However, such relations were severed after Morsi’s government was toppled in 2013 in a military coup by General Sisi which also resulted in the disintegration of the Muslim Brotherhood in Egypt. Erdogan considered the military government of Egypt as illegitimate and called Sisi a president of coup. Turkey even asked the United Nations Security Council to impose sanctions on Sisi. Erdogan was the first political dignitary that expressed condolences for the demise of Morsi while political officials of the Justice and Development Party in Turkey as well as other parties condemned the death of Morsi.

The crisis in Libya forced Turkey and Egypt to go on t he verge of military confrontation. Regional and energy trade as well as rivalry over presence in Africa, the coup against Erdogan, the Qatar crisis, the Syria war and conflicts in Libya and Yemen are open cases in the relations between Turkey in one hand and Saudi Arabia, Egypt, the United Arab Emirates and Bahrain on t he other hand.

Egypt Foreign Minsiter Sameh Shoukry said Turkey needs to indicate in practice its agreement with the principles and goals of Egypt so as relations between the two countries return to normalcy. Such dialog is underway between the two countries but in limited areas. There is no contact between the two sides outside of conventional diplomatic frameworks. However, if we see real measures by Turkey on the ground in line with the goals and policies favored by Egypt, then grounds will be paved for establishment of normal relations between the two countries. The political status is always related to the positions of Turkish politicians especially after the negative stances whey adopted against Egypt. Egypt believes that any country interested in establishing normal relations with Egypt should be respecting international law and good neighborliness principles and avoid interference in the domestic affairs of the countries of the region.

The media in Greece highlighted Egypt’s call for hydrocarbon excavation tender in the Mediterranean Sea as an opening of relations with Turkey. They claimed that the tender by the Egyptian government is indicative of the efforts of the regional players to avoid the complexities surrounding the issue of Cyprus. Even such preference by Egypt is not assessed as fundamentally in line with the enhancement of relations between Turkey and Egypt, it could suggest that Cairo prefers to open the doors for visits in the future.

Rulers in Turkey believe that they are going to gradually achieve the outcome of adopting constructive stances concerning the Eastern Mediterranean. While Egypt has already begun taking moderate steps, Israel is also sending positive signals. Benjamin Netanyahu the Israeli Prime Minister said after his energy minister expressed readiness to cooperate with Turkey over energy issues that this is a good development and relations with the neighbors in the Eastern Mediterranean are very important for the welfare and peace of the whole region.

The policy of normalizing relations with Egypt would change the balance of power in the Eastern Mediterranean if an official agreement is reached between Egypt and Turkey. The normalization of relations with Egypt would impact rapprochement between Israel and the United Arab Emirates. Ankara claims that if its relations are normalized with the Zionist regime, Turkey would be seeking to create ways in favor of the people of Palestine and facilitate their life in Gaza.

However, opponents of Erdogan believe that efforts to normalize relations between Ankara and Egypt are a sign of the failure of the former policies of the Erdogan team concerning political developments in the Arab and African world. Ali Babajan the leader of the Development and Democracy Party of Turkey believes on Ankara’s u-turn towards Cairo that in any country, the basis of foreign policy is founded on stability and predictability. Otherwise, you will be dropped from the Sisi of Coup literature to My Brother Sisi.

Opposition media in Turkey have also castigated Erdogan. They believe that Erdogan’s harsh and biased remarks on Morsi and Sisi have had no benefit for Turkey but have inflicted heavy costs on the Turks and now Turkey has to retreat and should admit that it needs Cairo to maintain its interests in Africa, East Mediterranean and the Arab world.

Earlier, the United Arab Emirates had made normalization of relations with Turkey conditional on the termination of the interference of this country in Arab states and its support for the Muslim Brotherhood. Turkey’s support for Qatar in the crisis between Doha and Riyadh as well as Turkey’s role in exposing the murder of Jamal Khashoggi resulted in tension between Turkey and Saudi Arabia that imposed a sanction on good coming from Turkey. Even though efforts by Turkey to normalize relations with Egypt and Saudi Arabia and the United Arab Emirates are based on expedience and considering the interests of the status quo and international relations, it seems that even if relations are established at any level, key problems continue to remain in the relations between Turkey and Egypt, Saudi Arabia and the United Arab Emirates.

In line with the efforts by Ankara to establish positive relations with Egypt in the Eastern Mediterranean, Turkey would have no choice but to settle its differences with Saudi Arabia. Circumstances indicate that peace in the Eastern Mediterranean has become a strategic priority for the Turkey’s foreign policy and is so much significant that Ankara is ready to review its regional polices in this respect. 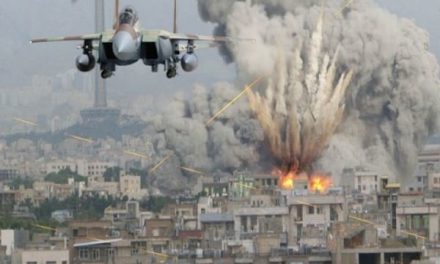