Strategic Council Online – Interview: Since the Abraham Accords was concluded during Trump presidency, relations of some Arab states with the Zionist regime have entered into a new stage of compromise. But despite the normalization of relations with this regime by some Arab and Persian Gulf countries, the peoples of these countries have shown their strong opposition on the normalization of relations with the Zionist regime.

Hassan Haanizadeh, the expert of the Middle east issues in an interview with the site of Strategic Council on Foreign Relations commented on the issue of normalizing of some Arab countries’ relations with the Zionist regime and said:” in the course of the recent visit of the U.S. President Joe Biden to the region and the summit meeting of the heads of six member states of the Persian Gulf Cooperation Council plus Egypt, Jordan and Iraq, while having made effort to encourage the Arab States to normalize their relations with the Zionist regime, a new Hebrew – Arabic NATO will also be established. But both of Biden’s proposals received the cold shoulder and opposition of Arab leaders who participated in Jeddah Summit meeting”.
Haanizadeh continued to say:” Biden’s objective to make effort to normalize relations of the Zionist regime with Arab countries was to assist the regime that is in dire need to normalize relations with Arab countries because of domestic political crises and serial collapse of cabinets”.
He also explained about the approach of Arab countries vis – a – vis Iran during Biden’s tour to the region as saying:” majority of heads of Arab countries during their speeches delivered at the Jeddah Summit called Iran as a pivotal country in the region and considered the creation of Hebrew – Arabic NATO against the country as well as the axis of resistance as unjustifiable”.
The expert of the Middle East issues pointed out to the opinion poll conducted by Washington American Studies Foundation in March 2022 that showed more than two third of Bahrain, Saudi Arabia and UAE have negative views two years after Abraham Accords was concluded. He expressed:” many Arab nations oppose such policies. Recently, Egyptian population as well as elites staged a widespread campaign and considered the formation of Hebrew – Arabic NATO against a Muslim country like Iran and also normalizing relations of Arab countries with the Zionist regime as the shame of Arab nations”.
Haanizadeh continued to refer to the point that culturally and socially speaking, Arab nations are not ready to accept the Zionist regime and integration of the regime into Arab societies. He said:” therefore, due to their concern about the emergence of new wave of Arabic uprising, the leaders of Arab countries raised their opposition with the proposal of the U.S. President for integration and normalization of relations with the Zionist regime”.
Having continued to explain that UAE and Kuwait officially have announced that they would soon dispatch their ambassadors to Tehran, Haanizadeh said:” in this way, diplomatic relations between Iran and some Arab countries of the Persian Gulf region will be promoted to a reliable level”.
Having continued to refer that on the eve of Biden’s tour to the region, eight Kuwaiti civil society institutions and foundations, in a letter addressed to the Kuwaiti Emir, once again expressed their opposition to any form of normalization of relations with the Zionist regime under any title or pretext, the expert said:” this represents that Arab societies and nations oppose normalizing relations of their respective states with the Zionist regime, and have concluded that pursuing this policy is betrayal to Muslims’ causes, especially to those of Palestinian nation”.
Having emphasized on the continuation of negotiation process between Iran and Saudi Arabia in Baghdad, the expert also said:” it indicates Riyadh has concluded that continuation of hostile approaches towards Iran will lead to Saudi Arabia’s isolation”.
Haanizadeh finally underscored:” in situations when Arab nations are not ready to accept the normalization of relations of their governments with the Zionist regime, and they are also well aware of its consequences, therefore, Arab states should focus their attention more than ever to the point, and should realize that if they step in this path, short and medium term consequences of such a mistaken decision will afflict them both in domestic and in regional fields”.
He added:” whereas one of the objectives of the Zionist regime of adopting a gradual presence in the region is getting closer to Iran’s borders and thus put pressure on our country in various fields, consequently, if Arab countries wish to pave the way for the regime’s presence in the region, they will face Tehran’s reaction too”. 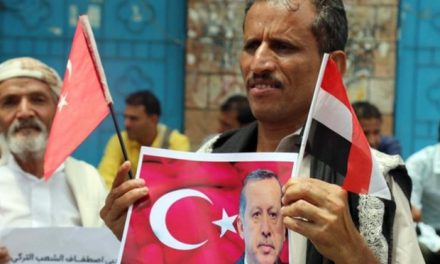 Turkey on the verge of involvement in the Yemen case 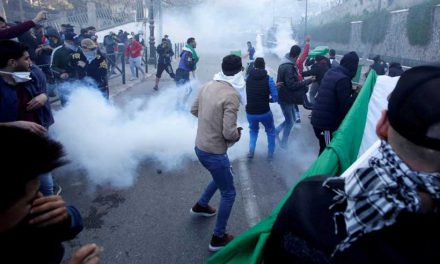