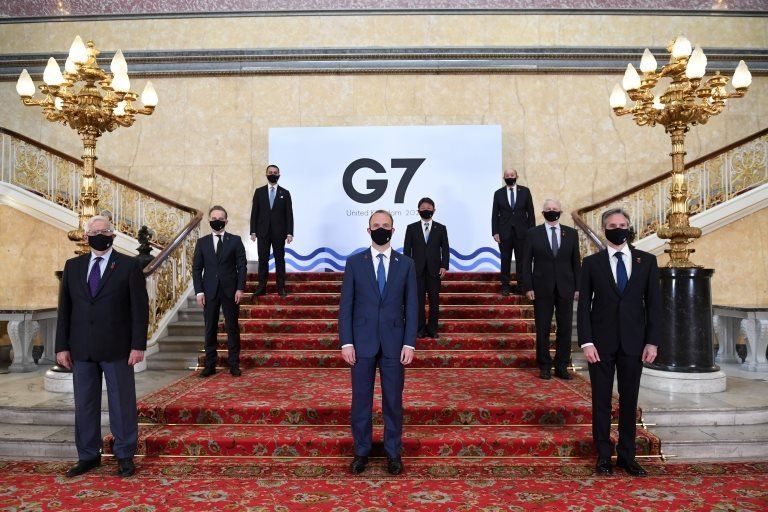 Strategic Council Online- Although the joint Statement issued by G-7 foreign ministers is the declaration of position on their common foreign policy, which is not very important from this point of view, but from paradigm point of view, as it plans to harbor a self-made notion at this historical juncture of the world, it requires to be paid attention meticulously by thinkers and to prevent the conceptual idea made by its interpretation.
Aabed Akbari, Expert on International Affairs

The rather long Statement with its 87 articles has dealt with a wide range of different issues from “hunger” to “non-proliferation regime” has a preamble about world realities from the member states point of view. It clarifies the foreign policy of the Block against 23 countries and regions. In its two next sections, casts its liberalistic look on the open society and its necessity, as well as the restoration of the world economy after the Corona crisis. Every observer may be convinced in the first reading that G-7, as a club of the world riche countries, is looking after materialization of humanitarian measures such as education for all girls in every corner of the world, but when one reads between lines of the Statement,” gaps, double standard policy and contradictions”  of the text will be surfaced. That’s why the Statement should be considered as an instrument of psychologic warfare at world range.

In its first section on foreign policy and within the framework of the psychologic warfare, one of the clearest positive aspects could be understood. Based on the geographical division of the Statement, there are about 23 countries and regions in the world (including Iran, Yemen and Syria) where the supporters of the liberal order are willing to reflect their special viewpoint.

In the meantime, it should be admitted that within itself, the Statement has a profound understanding about the developing and changing order of international issues and tries to impose and or proceed with its viewpoint about major conflicts and wars that take place at this historic juncture. As an important point, ways and means of G-7 measures in the field of foreign policy were not even touched upon. But it is clear that it takes an allegiance of its supremacy. It aims to convey to the addressees that if they agree to what have been covered by the Statement, they would accept the future measures we dictate. The Statement is, therefore, more important from words rather than deeds point of view, and G-7 interpretation of the world reflects of the global policy and the way it is administered. The Statement tries to couple the present situation and the liberalistic musts about what is experienced by the world and thus, recommend all countries a roadmap to amend the direction of global trends. However, the purpose of the Statement and the likes, according to the interpretation of Fukuyama, is to change the history in favor of Liberalism. Fukuyama defines the history according to thought, school of thinking and ideology. According to him, the end of history means the end of ideological contradiction when Liberalism, as a school of thought, has no rival.

Therefore, there is not a “why” in the Statement, that a country like Saudi Arabia has implicit and secured interests. That happens when, before drafting the Statement, they proved there is friendship and lack of conflict of interests between them and G-7 ideas. On the contrary, groups like Ansarollah or Houthis have been accused to “attack the borders of Saudi kingdom”. However, the accusation is neither going to be dealt with at any hearing session or court, nor any verdict is going to be issued. According to the Statement, the G-7 claim has been proved in advance. Saudi Arabia as a Kingdom whose splendor has been neglected, was referred to, only once, in the text of the Statement. On the contrary and as mentioned earlier, 23 countries and regions of the world have been addressed under different accusations of human rights violation, military as well as political allegations. In fact, Saudi Arabia is a player whose infanticide policies, and repeated bombardments of civilian Yemenis anda country that has misused its financial and military instruments to achieve its inhuman goals in West Asia, must be questioned. But obviously, in the Statement, the Kingdom remains completely immune as an “insider”.

In conclusion, it must be said that the Statement is an instrument for paradigm warfare that makes effort to construct a new reading at historic juncture. It also clearly has elements of allegation, hypocrisy, defamation, blackmailing, hooliganism, making effort to defeat rivals through sophistication, exciting and instigating the addressee, and preventing the rivals to raise their ideas or leaving any effects of their words. In the meantime, this is an instrument to sanctify the intensions and deeds of G-7 and making believe the claims of G-7 about countries and groups without any reason. The Statement intends to express hostility and makes enemy for others who are not placed within their definitions. The enemies of whom can be attracted from inside or outside of their societies, from other governments or rank and file people. The final goals are to form a global governance, unification of values and ideas to meet their own taste. Therefore, one should not only limit himself to interpret the Statement but also to protest its content and thus has fulfilled his humane duties. In the meantime, if one turns his blind eye to the Statement, this means he has succumbed to discrimination and lying in favor of dominating and domineering paradigm. 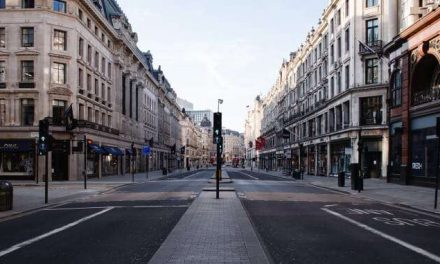 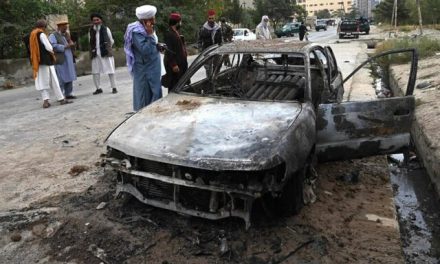 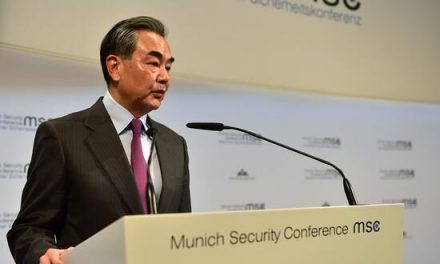