Strategic Council Online – Opinion: Following recent events in Ukraine, Germany increased it defense budget. The new coalition government of Germany increased the military budget of the country that used to be about 1.5% of GDP and will be increased to a new rate near to 2% of GDP or even more than that.
Aabed Akbari, Expert of international issues

After the World War II, Germany’s neighbors scrutinized the military expenditures of the country cautiously and pessimistically. But within the past few years, they have called for a change in Berlin’s approach in defense and military fields. The Germany’s approach was interpreted as a kind of indifference and irresponsible from its European partners’ point of view, which could pave the ground to boost threats against Europe. According to the Eastern European viewpoint which has been trying for a while to influence Brussels’ policies too, the Russian threat against Europe will never end. Based on this, even after the collapse of the former Soviet Union, NATO should continue to exist eternally. But, why Germany has really planned to create a balance with Russia’s threat? The first response is Germany’s understanding of a change in international system, then it comes to Germany’s post-Merkel identification finding and at later stages to meet the demands raised by Eastern Europe.

With the U.S. departure from Afghanistan which defined an important historic cornerstone for the international system, we witness the measures that have been started by the players to evaluate their own position in international system and identification of the onward threats. In this way, Russia will test NATO, Germany will test its own geography, the U.S. will test China, the Zionist regime will test Iran, and so on.

Based on this, the increase of Germany’s military budget is not a reaction to Russia but a calculated action based on perception of international trends. Within this perspective, instead of attaching importance to balance of power, the players pay attention to the balance of threat, the threat which is a combination of government offensive power, military capabilities, geographical neighborhood, as well as assaultive and hostile intentions of competitors. The threat against Germany is not Russia alone but a geography that is both expecting and restricting it.

To confront the geography, Germany claims to integrate with its neighbors and can recognize Russia as an immediate threat to the existence of Europe and national interests of Germany. The supportive logic to this viewpoint, is the reality that makes Germany’s alignment easy in the EU and an uncontested leadership has been conferred upon it which was not effective earlier. It may seem that during Merkel, Germany had more opportunities to lead Europe, but then both France and Britain were claiming the same, and yet Germany needed the blames to apply the policy of you wanted yourselves.

The second and the most important reason of Germany’s decision is to find identification in the world without Merkel. The world in which not only Germany but also Europe find themselves deprived from a supportive mother, a wise woman, anchor of a ship, beach rescue, and other metaphors attributed to Merkel and the world that is looking for defining a new era without her presence.

Therefore, we face a young Europe where the scare of independence and the accompanied threats to confront the outer world are priorities of its thoughts. Array against Russia is the cornerstone of post-Merkel era. The decision may be mistakenly interpreted as fundamental change in political terms inside Germany and that the new coalition of Germany has taken steps into a new path opposite to the previous Merkel’s customary one while there is no other way to deal with existing realities.

Germany’s policy is in line with the integration and the continuity of Merkel’s policy and if we, by mistake, consider the increase of the military budget as a fundamental change in Germany’s policy, then we will make a grave mistake in a crucial junction of transition of international order. The combination of an increase in military budget and fundamental change in Germany’s policy means the emergence of a new Hitler which is quite different from the present realities of motivations among Germany’s as well as European’s leaders. Therefore, Europe’s motivation is to exit from the stalemate status of transition in international order, which according to them, will be achieved with the European independence and establishment of the European Autonomous Army.

In order to make integration, Germany has always had the capability to encourage Europe to follow it, and to specify the path for Europe and to know the ways out of the crises. In the meanwhile, the Eastern Europe demands a security – defensive reward for its following.

Europe’s options for Germany are Nord Stream 2 and optimum relations with Russia from one hand and Europe’s leadership from the other hand, especially under conditions when Britain is no longer in the EU and France has to go along with Germany for hardware and financial reasons. Germany could be a winner without honor if it chose Russia, and it still could be a winner if it chose the leadership of Europe, but this time with honor.

This is Germany’s smartness to have become patient to-date in order achieve an integrated European leadership with collective support. Olaf Shultz is exactly the personality that no European sees him as a threat nor as an opportunist. Today, the European media believe that Germany has become responsible and have put aside its national interests and economic projects with Russia. Therefore, while the Western alliance exerts pressure on Germany, but in reality Germany has a more important vision about Ukraine in the transition of international order.

After passing through this stage and during the coming months, Germany will proceed with liberalistic thoughts, that means protecting freedom and democracy, and also a calculated realistic interpretation that means the security of its own country as well as that of Europe, will modernize and replace its military equipment at first step, it especially will concentrate on its flying fleets. It will enter into European defensive industries and will search in weaponry compounds of all over Europe for manufacturing method knowhow.

Europe has welcomed such a Germany at the moment. Nord Stream 2 gas pipeline has only halted not cancelled. We will witness new laws in Europe on new energies and nuclear energy fields. Berlin will make Paris go beyond the United Nations Security Council veto, safeguard nuclear arms and or allocate a special vote for the European Union in the Security Council. Pressures will be mounted on France, and this will be taken place through popular dissatisfaction against the government. Federal Ministry of Defense will prepare reports about the state of defensive industries, defensive logistics as well as preparedness and capabilities of Germany’s and Europe’s Armed Forces. Some of defensive projects will be cancelled, some investments will be made and relentless effort for Germany’s defensive capability will be started. Germany will expect NATO members, especially the U.S., it will establish factories with the collaboration of France, and other EU members must support Germany too. The defensive or national security attitude is just one wing of a bird, the other one is economic and social stability. Having faced with new waves of refugees, higher taxes and defensive expenditures, yet German voters will support the decision taken by their government. In the meantime, Germany’s decision is to move towards weaponry economy. After the U.S. departure from Afghanistan, and at this stage of transition in international order, analysts should pay more attention to internal motivations rather than reality and external pressures in their analyses about the foreign policy of countries. Today, we witness the awakening of German’s phoenix. 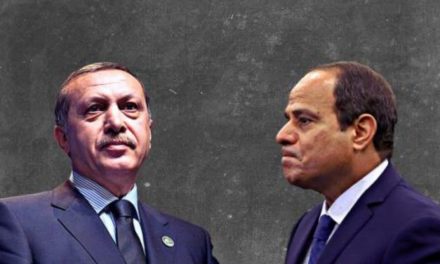 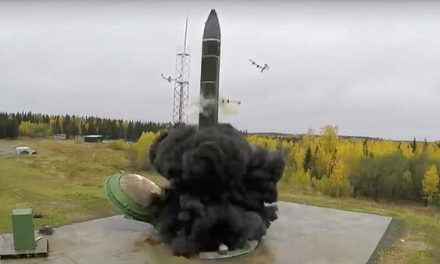 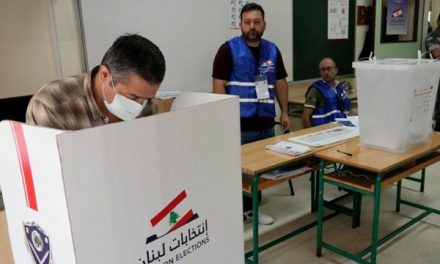