» Strategic Perspective » Interview » Borrel to Carry on with Mogherini Approach

Borrel to Carry on with Mogherini Approach

Strategic Council Online: Both the record and the party inclinations of new EU foreign policy chief Josep Borrell suggest that he will likely follow Federica Mogherini’s approach on Iran and the Joint Comprehensive Plan of Action (JCPOA).

Federica Mogherini, a 46-year-old Italian politician, announced in a Twitter message on Sunday, December 1, the end of her five-year presidency of EU foreign policy apparatus. She has been replaced by Josep Borrell, a Spanish left-leaning politician who maintains stances almost close to Mogherini’s.

European affairs expert Ali Bigdeli, speaking to the website of the Strategic Council on Foreign Relations, has examined Mogherini’s performance as well as Josep Borrell’s possible positions on Iran and the JCPOA (also known as Iran Nuclear Agreement).

Federica Mogherini had an independent personality and was a prominent politician. One of her characteristics was that she was not affiliated with any country, especially the US, because she was a Socialist, and that was very important for Iran. Mogherini was a supporter of the JCPOA and her attitude towards Iran was relatively positive.

Mogherini also had good relations with the Iranian Foreign Minister Mohammad Javad Zarif and was a major supporter of Iran and the JCPOA in the P5 + 1 group. At the same time, on the one hand, she launched a lot of efforts to make the JCPOA a success. The Iran Nuclear Agreement was finally signed by President Barack Obama who was in favor of the deal. On the other hand, over the past one or two years and after the US withdrew from the JCPOA she did her best to keep the European Union committed to the agreement. In examining the five year record of Mogherini it can be classified into two different periods before and after Donald Trump found his way to the White House.

Mogherini also did a lot to help INSTEX (Instrument in Support of Trade Exchanges) work with Iran after the US left the JCPOA but due to US pressure on the European Union, the EU has failed to take positive action in this respect.

Josep Borrell, Mogherini’s successor is also a Spanish Socialist politician, and although it is too early to judge him, Borrell is also independent and his tendency is close to Mogherini’s, as both are known, because they are both dependent on him. They belong to the Socialist Party, and we hope that he, like his predecessor, will adopt the same attitude towards Iran and the JCPOA.

When Mogherini took charge of European Union foreign policy, there was a very turbulent period in Iranian-EU relations, but today I no longer see that exciting situation. Indeed, the JCPOA was signed when Mogherini was the EU foreign policy chief which is a major achievement for the EU. Although the United States later unilaterally breached the agreement and withdrew from it, the role played by the EU and Mogherini in striking the nuclear deal. fulfilling the outcome should not be ignored.

At present, even though the EU is trying to preserve the JCPOA and organize its relations with Iran, but it is unlikely to succeed in this area because of US pressure.

Also at present, the European Union is facing economic problems within itself and is having problems with the US, so the JCPOA is just one of the issues that Borrell must consider. This is while as long as Iran, the US or even the EU maintain their current positions it is unlikely that the current situation will change unless the EU is able to take concrete steps beyond US pressure and threats.

We cannot judge Borrell merely by such statements, but rather by how he would react at critical moments of decision-making. Of course, both his track record and his party affiliation indicate that he will likely continue the same line Mogherini pursued. 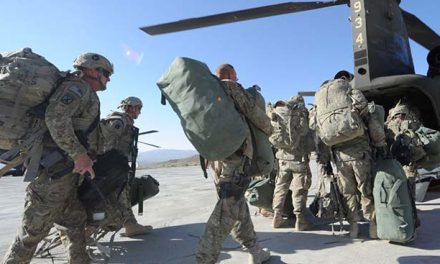 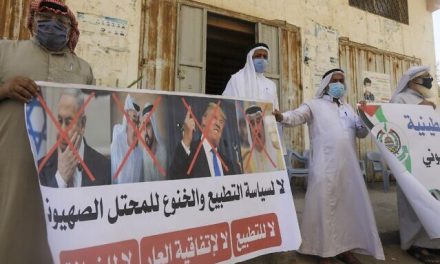 Disclosure of Zionist Regime’s Relations with UAE, Bahrain Aimed at implementing ‘Deal of the Century’