The Syrian battle scene has witnessed rapid and decisive changes in recent months. The pace of these developments, on the one hand, and the interrelation of various parameters and variables, on the other hand, has made it difficult for many analysts to predict developments in political scene and on battlefield in this war stricken country. While the developments in Syria appear to be a regional crisis, we are simultaneously faced with a series of extensive scenarios and hypotheses that make its international dimension in comparison with its regional aspects more outstanding. The complexity and the interrelation of the interests of various actors and international variables of the crisis are among the characteristics of the ongoing developments in Syria.

Presently, the most important issues on the agenda and the existing challenges of the Syrian crisis can be summarized as follows:

*Revised  US military approach in the region, especially in Syria, the strengthening of the US military presence while organizing local armed groups, and the re arrangement  its tactical military ability  to meet any request for  extensive military operation are worth mentioning in this regard;

*The Zionist regime’s military attempts against the Syrian central government and its allies, its moving toward creating the background for military encounter with Iran, and its attempt to localize its presence in Syria through training and arming local groups;

*Turkey’s military presence and irresponsible occupation of parts of the Syrian territory under the pretext of combating terrorism, but with the goal of obtaining an upper hand in any future political equation in the region and in Syria;

*Suspended Russian efforts to shape a process of political settlement due to the opposition of domestic, regional and international actors;

*The desire of certain European countries to enter the competition equation in the region;

*The defeats of the armed opposition groups in the areas of conflicts and obtaining more territories by the Syrian central government;

*The emerged hopes to resolve the crisis politically, being overshadowed due to the defeat of the armed opposition groups on the battlefield, on the one hand, and the lack of readiness of the Syrian central government to grant concessions due to its successes on the field;

*The reconstruction issue of Syria and the lack of readiness and willingness of many countries, especially European countries, to participate in this issue;

*The future of Syria in the resistance equation in the region and Russia’s approach to this issue;

*The issue of the Kurd’s demand for independence in macro-scale and position of Syrian Kurds in this great equation; and finally,

*The circumstances of dealing with the risk of Syria’s ethnic and geographical division in any future solution.

What already is palpable in the scene of developments and is admitted by many key actors in the crisis, however, is the failure of the armed opposition groups to achieve their goals through use of weapons. Undoubtedly, the armed opposition groups have been absolutely unsuccessful in overthrowing the Syrian government through military efforts, while any attempt to reach their goals through military means is not only doomed to failure, but will also add to the complexity and prolongation of the crisis.

The most recent frustration of the armed rebel groups on the battlefield was the loss of Ghouta in eastern Damascus ,  one of the most strategically important area where the opposition groups had stationed. During a short but decisive battle, the Syrian army and its allied forces succeeded in forcing the commanders and armed elements of these groups to leave the region and move to the northern areas of Syria. In a related development, the spokesman for an armed group, Faylaq al-Rahman, announced that a total of 3,000 fighters and their families from his group will leave the eastern Ghouta.

Winning back the eastern Qhouta by the Syrian army took place in line with  extensive development on the battlefield that was  imposed on the theater of operations in the aftermath of the Aleppo liberation. Freeing Aleppo by the Syrian army and its allies (Iran, Russia and Hezbollah) brought two important and strategic changes to the scene of Syrian developments:

*First, an evolutionary change on the battlefield in the sense that after the liberation of Aleppo we witnessed the fall of the armed rebel groups in different parts of Syria in a domino effect. Liberation of Qhouta is the latest but not the last region liberated by the Syrian army and government;

*Secondly, the political transformation in  Turkey’s priorities in Syria from overthrowing the Syrian government to countering the Kurdish threat against so called Turkey’s sovereignty and territorial integrity, and the country’s entry into political settlement process of the crisis in the framework of Astana talks and, more recently, the talks held between the government and the armed opposition groups in Sochi.

Among the reasons for successive defeats of the rebel groups both on the battlefield and in political scene can be the group’s mal  approach to the current events in Syria. In a precise analysis of the performance of the rebel groups in more than seven years of battle, the following points should be highlighted:

*Curtailing the duration of peaceful and civil protests and the rapid turn toward armed conflicts (some argue that, the armed rebel groups have practically entangled themselves in the trap spread by the central government);

*Distrusting and disregarding the people as supporters of the protests, and inviting foreign militants  and countries as more trusted protectors;

*Mismanagement   the developments  inside the of the armed opposition groups that led to the growth of terroristic  and radical trends  ;

*Adopting the scorched-earth policy and totally disregarding any possibility of compromise and partnership with the central government;

*Encountering  the country with very difficult options, like  direct and illegal military intervention by foreign countries in Syria, the risk of geographical and sovereignty disintegration of Syria, the danger of annihilation of Syrian identity under the shadow of the colonial plans of major regional and international powers, continued crisis and wasting the assets of the Syrian people;

*Toughness of the opposition group’s  negotiator by disregarding  compatibility with political processes to solve the crisis, including the plan proposed by the Islamic Republic of Iran, the Astana process, Sochi talks, and the imposition of unmanageable preconditions for the talks that were announced by Riyadh.

Unfortunately, the armed opposition groups, by assuming external support, continue to pursue the win-loss policy in Syria hoping to be the winner of this endless war on the battlefield and in political talks. They have ignored the current realities on the battlefield and in political arena, selling the interests and security of their fellow countrymen against the horrific storms of the crisis.

Instead of trying to attain their lost rights and through logical and sensible solutions, they continue to tune in with foreign actors in proceeding their interaction with the changes. This, in turn, promises new defeats for the armed opposition groups in political scene and on the battlefield.

** Former Iranian Ambassador to Syria and Lebanon, Former Deputy Foreign Minister, and Senior expert at the Institute for Political and International Studies (IPIS) 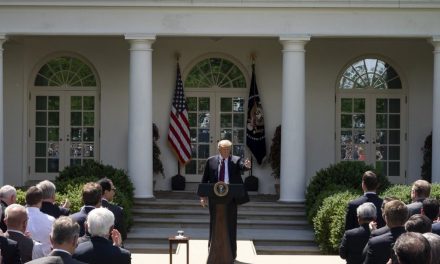