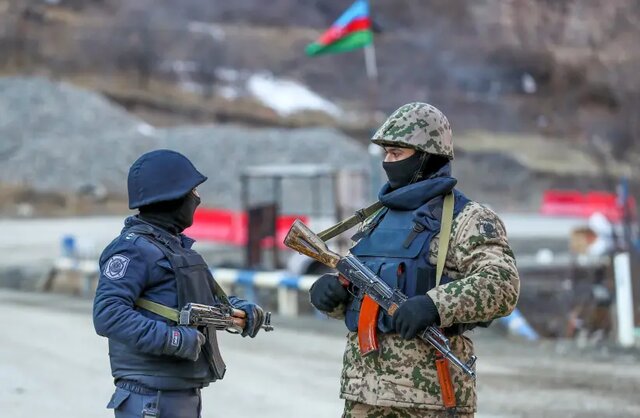 Strategic Council Online – Interview: An expert on the Caucasus affairs stressed that political and legal problems of the Moscow ceasefire agreement have paved the way for its violation, saying: The recent ceasefire between Baku and Yerevan will not be sustainable either.

Speaking in an interview with the website of the Strategic Council on Foreign Relations, Dr. Ahmad Kazemi stated that following Russia’s mediation on a ceasefire with the Republic of Azerbaijan, Armenia has agreed to a ceasefire, adding: The clashes took place a few days after the first anniversary of the November 9, 2020 ceasefire agreement, indicating that the agreement has political and legal flaws that have prepared the ground for its violation and confirms that the agreement cannot be a peace treaty contrary to some claims.

Saying that the emphasis of the Republic of Azerbaijan on defining the official borders with Armenia has violated the ceasefire and that there were other reasons for the haste and the policy of pressure and threats from Baku, adding: Part of such reasons is related to the movements of the Republic of Azerbaijan to establish a fake and imaginary corridor called “Zangezur” or “Tourani” in southern Armenia, which is in line with the pan-Turkic interests of Turkey and the provocation of the Zionist regime and some international actors such as the United States and Britain. This fake corridor has not been specified in the November 9 agreement.

Explaining the clauses of the agreement, the international law analyst stressed that transportation lines do not have a specific place and time in it, adding: Establishment of that corridor will hit the sovereignty of Armenia in the south and in fact, by creating it, the country’s border with Iran will be removed and the geopolitical, geoeconomic and geocultural rift between Iran and the Caucasus will emerge.

Consequences of endamagement of territorial integrity of a country

Saying that deterioration of a country’s territorial integrity means that one problem is being replaced by another, he added: It seems that they are looking for another conflict in the region when the Karabakh conflict has not yet been resolved. Naturally, this is contrary to the requirements of lasting peace in the Caucasus, and will not be accepted by those actors who literally present the 3+3 model.

The expert of the Caucasus affairs described the current ceasefire between Armenia and the Republic of Azerbaijan as fragile and explained: Ankara has wide-ranging historical differences with Yerevan on issues such as the 1915 massacre of Armenians and what Armenians refer to as Western Armenia. Meanwhile, articles 88 to 92 of the “Treaty of Sèvres”, signed in 1920 among the victorious countries of World War I and the Ottoman government, emphasize formation of an independent Armenian state in the six Armenian provinces of southeastern Turkey. This treaty was accepted by the Ottoman government and many of its clauses were implemented; but the clause on the establishment of the Armenian state was sidelined by the Treaty of Kars, signed in 1921 between the Bolshevik Russia and Kemalist Turkey.

Kazemi said that Armenia has not accepted the “Kars Treaty” and emphasizes the “Treaty of Sèvres” and has taken various legal objections to it, adding: It is very important for Turkey today to create a situation with such policies so that Armenia will forever refrain from pursuing the issue of international recognition of the Armenian genocide.

He said: Turkey wants to change the process that is going on in favor of Armenians in the world and many countries have recognized this trend as genocide. Even the International Center for “Transitional Justice” has identified this issue as one of the examples of genocide identified in the 1948 UN Convention, an issue that could have legal consequences and the issue of compensation for Turkey.

He said: By looking at such analyzes, we cannot consider stable and sustainable prospects for the current ceasefire; this is because some regional actors play a role not on the basis of geopolitical realities and requirements of the region, but in a series of imaginary historical interests that jeopardize the system of collective cooperation in the Caucasus.

Explaining Iran’s principled policy in the Caucasus on not changing international borders, the need for self-control and paying attention to lasting and collective interests in redefining behavior, Kazemi added: Any behavior within the framework of the policy of intimidation and coercion will not work, and Iran, as one of the historical actors in the Caucasus, will not accept it, because this situation could create many problems; just as the recent intimidation policies of Turkey and the Republic of Azerbaijan have strengthened the nationalist and extremist faction in Armenia, which will be a threat to the future of the region.

Emphasizing the need for paying attention to avoiding falling into the trap of the Zionist regime’s conspiracies and some regional and trans-regional powers, he noted: Russia was to hold a virtual trilateral meeting between the presidents of Russia, Azerbaijan and Armenia in the first year of the ceasefire agreement which due to the existing threatening atmosphere, Armenia refused to participate in it.

Referring to the need to pay attention to the questions raised about Russia’s role in the Karabakh conflict and the view of Armenian circles on it, Kazemi said: Russia’s entry has been effective in establishing a ceasefire and the policies and cooperation that can be reached between Iran and Russia to resolve the conflict is very important. 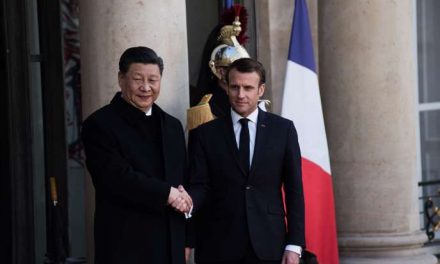