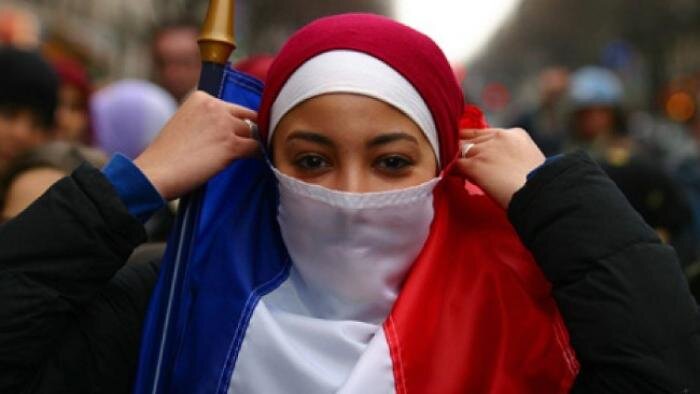 Strategic Council Online—Interview: Former Iranian ambassador to France said placing the Muslim community in this country within the framework of the radical Islamists and equal treatment with them are a big mistake by France, adding that this law will further provoke the Muslim community in France and will not entail the desirable outcomes for France.

Abolqasem Delfi told the Strategic Council on Foreign Relations that the adoption of the new law to fight against social separatists in France and creation of restrictions for Muslims of this country have a long history.

He added that Muslims are a very strong religious minority in France and on the basis of official figures constitute about 10 percent of the population of this country; however, unofficial figures suggest their number of more than such figures.

He added that in recent years, some parties and various groups approached the Muslims and used their right to vote.

Grounds and reasons of adoption of the law restricting Muslims

This diplomat said the situation of Muslims in France is complicated, adding that since 2010 and 20211, with the beginning of the crisis in Syria, the issue of sending terrorists from Europe, especially Europeans, to Syria for the so-called Jihad against Bashar Assad was formed. Perhaps, in the beginning, for European governments, the promotion of this trend was pleasant because they were seeking to topple Bashar Assad. However, the war in Syria was gradually prolonged and the issue of Syrian refugees created a lot of problems for Europe, and the Jihadists sent to Syria with French passports, returned to France with the defeat of the Syrian war.

Delfi said: the French adopted a policy against this situation which instigated Daesh and supporters of Jihadi groups in France against the government and as of 2014 until recently, terrorist and armed activities increased in some places in France. The peak of escalation was after the publications of Charlie Hebdo cartoons and attack on its building.

France’s efforts to impose its values on Muslims

Former Iranian ambassador in France referred to the problems coming from identity crisis created on behalf of Muslims for the French government and said when insecurity returned to France and disrupted the internal security of France, this situation was ended costly for the government in Paris which was unable to fight them; In this way, a consensus was created in France to combat the presence of Muslims in this country. Since then, there were rumors of more control on Muslims and more integration in the French culture and what they had called the values of the French republic.

He said this trend was intensified during Macron and explained that “after the incident which occurred last year in the French school, which resulted in the killing of one of the teachers, the consensus increased in France over the fight with what they called Islamic terrorism and radicalism and moved towards the imposition of laws to prevent these issues so that the Muslim community could be integrated into the French culture.

Explaining the dimensions of this law and restricting measures, he said “based on this law, Imams in mosques should not travel abroad or should not be sent to France from abroad. They should be trained and learn Islamic teachings in France and by the councils assigned by France. Earlier, financial resources of the mosques which were close to various countries were supplied by those countries; however, now such foreign financial resources are banned.

This analyst of international issues said in France, education plays a role on the basis of separation of religion from politics and church is separate from government. They have placed church and religion outside the government and executive branch and religious teachings are conducted outside of school.

Referring to the method of cover in various places and the rules which had been passed considering the beliefs of Muslims, he said “from the viewpoint of the French people, these laws had created separation between Muslim French and the French people who had admitted laicity. This issue caused resistance amongst Muslims and they set up special schools for themselves or even resorted to personal tutor at home. These issues, according to the new law, are considered illegal and crime and Muslims should accept the public educational system in France.

The confrontation of Muslims with the new law

Delfi added that “all such problems made the issue of Muslims in France complicated and created a fundamental problem for the French and caused this law to be seriously opposed by Muslims and they are negatively fighting with it. Additionally, Muslim countries have become mobilized to the best of their ability and have filed complaints with international fora and have criticized that the government in France is treating Muslims with discrimination.

He added that even Catholics and Christians in France who had previously criticized the separation of government from the church have gained the opportunity to challenge the government in this respect. The dependents of the Church and its thinkers have also shown opposition and exerted pressures against the government of Mr. Macron.

Muslims and the elections ahead

This senior diplomat of our country referred to the proximity of the presidential elections in France and termination of the Macron presidency next year and said “the issue of Muslims and the law of separation have turned into a pretext for party alignments and political exploitation for benefiting from the vote of the Muslims. It does not seem that Macron is able to win his second term in office unless with stratagems against the national front as Mr. Macron is not adopting a coherent approach towards such issues and is treating them sometimes with strength and sometimes with moderation.”

Delfi considered the title of “radical Islam” as a cover for equal treatment with the Muslim community in France and said, “it is a big mistake by the governance in France and would normally cause reactions.”

This senior diplomat of our country in conclusion considered as important the feeling of unity among Muslims in the world and emphasized the importance of smart confrontation with this issue and added: “the type of our interaction and encounter should not be in a manner that the heaviness of the burden of their sabotage concerning their citizens will be on our shoulder; because they are seeking a foreign element to accuse under the present turbulent conditions in France.” 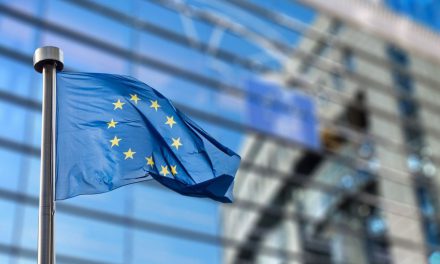 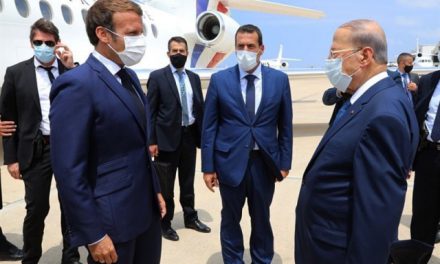 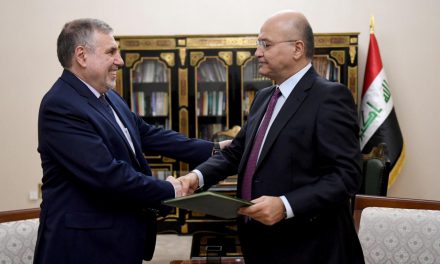