Strategic Council Online – An international expert of Human Rights Headquarters of the Judiciary has stated that Canada is committing gross and systematic human rights violations against indigenous groups, adding: Canada very artistically and abusively uses “human rights” as a tool and considers it only as a commodity of prestige.

Dr. Amir Hossein Mohebali, speaking in an interview with the website of the Strategic Council on Foreign Relations, referred to the discovery of mass graves in Canada and the responsibility of the Canadian government for violating the rights of Canadian indigenous people and said: Usually, regarding the international responsibility of states, the two elements of “breach of the contract” and “attributability” must be considered in order to express the violation or non-violation of countries. Regarding Canada, the issue of “attributability” has been established; because the government, in order to show international transparency, has acknowledged that it committed cultural genocide and apologized for that.

Explaining that the issue is whether committing those anti-human rights acts against the indigenous, which today speaks of the discovery of 1,200 mass graves, is a violation of the contract by that country or not, he explained: “Common law” is one of the sources of international law which produces legal basis that cannot be acted otherwise; accordingly, Canadian actions violate existing common law.

Stressing that Canada’s actions reflect a customary violation that existed at that time and still exists, the international law expert said: In addition, the 1948 United Nations Convention on the Prohibition and Punishment of Genocide stipulates that no government has the right to commit genocidal crimes.

Mohebali reminded that genocide is any action or attempt to destroy or physically eliminate a part or whole of a racial, ethnic, national, religious or ideological group and has a wide definition, adding: Canada has taken several measures for the genocide of the natives and is doing so now and the main point is that such crimes still continue; for example, they contaminate their drinking water with mercury toxin and provide it to them, or they generally ignore languages ​​in indigenous areas and deliberately discriminate against them in relation to government and protection services and occupy their lands.

The international expert of the Judiciary Human Rights Headquarters, referring to the Canadian government’s legal and political measures to absolve itself of responsibility for those crimes, said: Canada is a country that is very artistically and abusively misuses human rights and considers it as a commodity of prestige. In fact, it makes the best use of the issue of “human rights” to justify itself in the international arena.

Mohebali explained: Canadian authorities are announcing that ‘we have started investigation and will survey ourselves’ and take a responsible gesture. While on the basis of international law, the international responsibility of states and the criminal responsibility of individuals have effects, of which “apology” is the first, most obvious, and most imperfect one. There are definitely other side effects to follow; among other things, a “guarantee of non-repetition” must be given. Canada has not done so at all and is currently committing a number of crimes against indigenous people.

He said: Even if we do not consider the current actions of the Canadian government to be on the verge of a crime; that country commits gross and systematic violations of indigenous rights against indigenous groups and does not guarantee non-recurrence. In fact, the prime minister of Canada, in a gesture of transparency, has stated that ‘we are a transparent country and we accept our responsibility’, but he does not see the effects of this responsibility on himself, and this shows the instrumental view of human rights.

Saying that a country whose international responsibility is being realized must first return the situation to the previous status and strive for it, he noted: People who have perished will not return; but Canada could have returned to normalcy through other measures, including appropriate compensation, which is not on the government’s agenda.

He considered “compensation” as the third effect of liability, adding: Compensation does not only mean material compensation but also includes moral compensation. We see that this issue is not fundamentally on the agenda of the Canadian government either.

Mohebali added that mechanisms could be put on the agenda regarding Canada’s crimes, but could not be pursued due to the Human Rights Council’s involvement in politicization.

The international expert of the Judiciary Human Rights Headquarters said that Iran should not remain silent about this human rights violation in Canada, saying: Iran should, in accordance with its constitution, which emphasizes protection of the rights of the oppressed around the world as a duty, use the existing capacities in this regard.

He reminded that the killing and burial of the indigenous people in mass graves took place from 1883 to 1997, and the law prohibiting genocide dates back to 1948, and in fact, this issue still existed from 1948 to 1997, and reference to the convention is relevant in this regard.

Saying that Iran and Canada are members of the 1948 Convention against Genocide, Mohebali stressed the need to pay attention to Article 9 of the Convention on the possibility of referring to the International Court of Justice if there is any dispute over the interpretation or implementation of the treaty and said: This is a capacity for Iran to refer the matter to the Court as an important issue for the international community, as both sides have accepted the Court’s jurisdiction.

He added that a similar lawsuit was filed by Gambia against Myanmar over genocide at the Hague tribunal last year, and the tribunal accepted its initial jurisdiction, as genocide is one of the issues that overshadows the public interest of the international community; therefore we have jurisdiction to sue Canada. 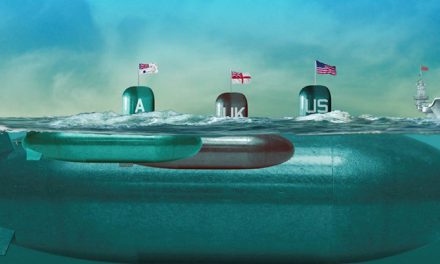 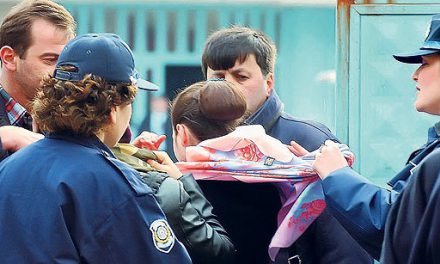 Discrimination and Violation of Human Rights and Secularism in France