US objectives of Baseless Allegations on Iran in Iraq

Strategic Council Online-Interview: A university professor spoke of the reaction of Iraqi forces on self-defense, against the continuation of the presence of the occupying and aggressive forces “as their legitimate rights” and said:’ The US is seeking to reap political dividends in Iraq through projection and alleging Iran to support the groups who plan attacks her positions in the country.

Dr. Davood Ahmad Zade in a dialogue with the site of Strategic Council of Foreign Relations commented on the remarks made by one of the officials of the US Department of Defense who claimed that” attacks on the US military personnel in Iraq have been planned by Iran and the militias supported by her” and added that despite the US official policy on gradual withdrawal of her forces from West Asia, dis-fulfilment of the US forces especially in Iraq and Syria caused the withdrawal neither taken place nor within a certain period of time we witnessed essential steps taken by the US.

He referred to the US aggressive measures during Trump and martyrdom of general Soleimani and Abu Mahdi Almohandis and their entourage as well as the ratification of Iraqi Parliament on the exit of the US military forces from Iraq, and added:” the majority of Iraqi groups considered the presence of American forces as one of reasons of insecurity in their country, thus they supported the ratification. But inattention to the will of the people and remaining in Iraq provoked tensions. Unfortunately, we witness that the US has fortified some of her bases in Iraq and Syria and has taken steps against the axis of resistance.

Normal reaction of Iraqi forces to the presence of occupiers

Ahmad Zade reminded that Iran has, time and again, refuted the US allegations and counted them as legally incredible and futile.

US attacks on Iraqi forces; a breach of International Laws

He stressed that the US, in fact, misuses the allegations against Iran as a pretext to attack resistance forces in Iraq and also the country’s border with Syria. The attacks that breach the of authority of the regional countries and blatant violation of international laws as well as the United Nations Charter, that only serves the empowerment and further activity of terrorist groups in these countries.

Ahmad Zade accounted the continuation of the presence of the US forces in Iraq and Syria as one of the major reasons of crisis in the region and added: “since the popular mobilization forces in Iraq cover a wide range of groups, ethnical complications and demographic texture cause some forces to react the attacks on their positions, and in response to target the US positions and bases despite coordination with the central government.

US allegations against Iran; Projection aimed at reaping the political dividend

He said as the Americans fail to suppress the popular mobilization forces of Hashd Sha’abi in Iraq and or similar forces in Syria as well as to maintain their utmost benefits in these countries, they link their reaction to Iraq for projection. They want to instill on the public opinion that Iran is managing these attacks. While this is the Iraqi popular mobilization forces themselves who responded in view of the aggressive measures of the US in their country. For sure, they don’t need authorization from and or consultation with Iran.

Ahmad Zade quoted the remarks made by one of the members of political bureau of Iraqi Asa’ib Ahl Al-Haq (League of the Righteous) as saying the Iraqi resistance groups oppose the presence of the US in their country and attacks against the American bases were because of the promise they made among themselves after the continuous crimes of the US against Hashd Sha’abi forces and assassinations of martyrs Soleimani and Al-Muhandis. He spelled out:” They emphasized that they would boost their attacks against the presence of Americans because the US does not respect the Iraqi sovereignty, her government and the ratifications of her parliament.

The university professor stated that the US alleges Iran and hence is seeking to reap the political dividend in Iraq. He then spelled out that Iraqi government is grappling with economic difficulties, and due to some weaknesses, is under the pressures of popular demands. This very matter has become a factor for strengthening some groups by the US, whom have problems with the axis of resistance and even the Iraqi government. They pretend that the main reason for continuation of crisis in Iraq is the counsellor cooperation of Iran in both Iraq and Syria.

Ahmad Zade further continued that the US is practically following the policy of driving wedge among Iraqi political groups that causes, in turn, more insecurity in the country. He added that Iran’s positions are clear on Iraq and Syria as well as her support to the axis of resistance. These supports caused Takfiri (excommunication) and ISIS, and some other groups to whom militarily and financially supports by some Arab countries of the region, fail in their efforts to fan insecurity and instability in Iraq and Syria.

According to the Iraqi analyst, upon the withdrawal of her forces from the region, the US, having exploited some excommunication groups and re-arming them, tries to continue tension and clashes and do not let the regional crisis settle with the presence of regional countries without the occupying forces.

He underscored that branding allegations against Iran is done in special situation of the region aimed at taking concessions and blackmailing Iran in the course of Joint Comprehensive Plan of Action (widely known as JCPOA) talks. He continued that the majority of Iraqi Shi’ite groups have no problem with Iran’s positions. Iran’s presence caused ISIS defeat in the country which was acknowledged repeatedly by Iraqi groups.

Ahmad Zade added that:” in this situation, despite the US efforts to drive wedge as well as Saudi, UAE and some like-minded countries’ interventions, and in view of common interests between Iran and Iraq, groups in Iraq and central government are looking for strengthening relations with Iran in different fields. Branding allegations by the US did not disappoint the central government and most of Iraqi political groups to demand for any change in political relations. 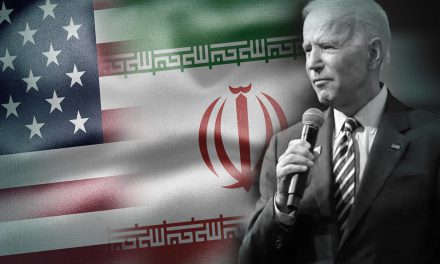 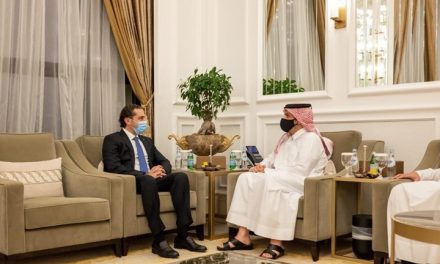 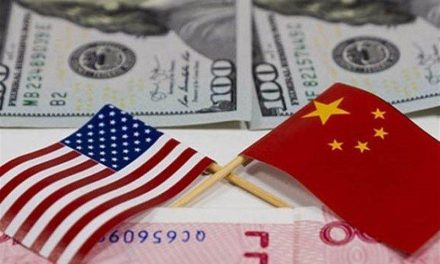 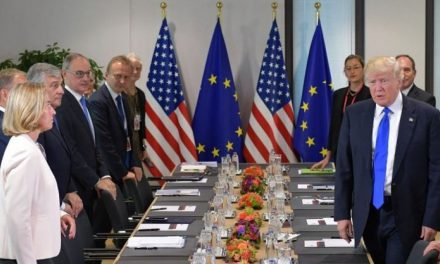