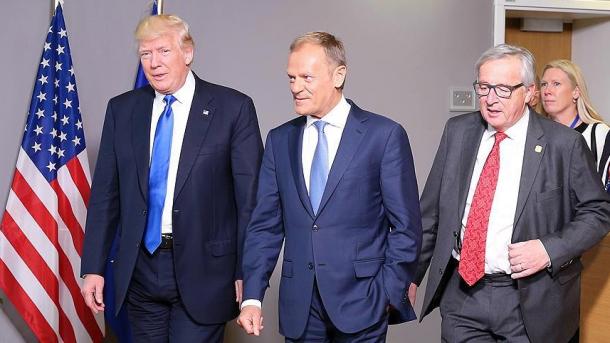 Strategic Council Online: As long as Trump is in the White House nothing will change if US relations with Europe do not deteriorate; But if he fails to enter the White House again and someone like Joe Biden wins the presidential election, relations between Europe and the United States will go back to normal as in previous years and will gradually improve.
Abdolreza Farajirad – Professor of Geopolitics

EU foreign policy chief Joseph Borrell recently said the world was now witnessing the end of the US-led system. Borrell’s recent remarks can be viewed from two perspectives; first, the world is moving toward polarization, and the disputes between China and the United States, Russia and the US, the Washington-Brussels dispute, and the movements of some regional powers, such as Iran, confirm this.

Another point is that Borrell by this statement wants to send a message to Washington that President Donald Trump’s behaviour in today’s world and in foreign policy is gradually weakening the United States.

In this regard, the people inside the United States should who should receive this message have got it. Borrell also considers the relationship between Europe and the United States and believes that during the Trump administration, the relationship between the two sides in all areas, from economic and trade to political and security, has been severely shaken. So, given Borrell’s responsibility, he has warned the US authorities.

In the meantime, there have been many differences between the United States and Europe since Donald Trump took office. For example, Trump has made no distinction between Europe and the rest of the world on economic issues and has put a lot of pressure on all countries.

He initially raised the issue of tariffs because he wanted to bring capital into the United States and create jobs, which was somewhat successful, but the outbreak of the coronavirus thwarted most of Trump’s efforts.

Also, the President of the United States intended that in the economic sector American products be used more and therefore imposed tariffs on European and Chinese goods, and so on.

So Washington and Brussels have kept a long distance from one another in terms of the economy. However, sanctions against other countries, such as Iran, have caused serious damage to the European economy, because after the Iran Nuclear Agreement (formally known as the Joint Comprehensive Plan of Action (JCPOA), the Europeans were very hopeful and were trying to sign contracts with Iran in oil, gas, aviation and other sectors. But the US withdrawal from the JCPOA and the imposition of unilateral sanctions on Tehran, as well as issuing threats against other countries (including European countries) not to do business with Tehran have severely damaged economic and trade relations between Iran and Europe on the one hand and caused a rift in economic relations between the United States and Europe.

Elsewhere, we see differences between Brussels and Washington; in the political arena, for example, the two sides have serious differences of opinion, the first of which concerns Trump’s foreign policy. He does not coordinate with the Europeans on foreign policy.

However, the United States and Europe are two old allies, and in previous periods the two sides have been coordinated on many global issues, but now Trump’s policies toward Russia are completely unilateral, even within the United States. He even bypasses Congress on different occasions.

There is also no understanding between the United States and Europe regarding the Middle East; For example, Trump suddenly and without informing the Europeans announced that he wanted to withdraw troops from Syria or Afghanistan, or in the case of Palestine, he decided to move the US embassy to Jerusalem, and took similar actions on the Deal of the Century. However, the policy of the Europeans towards Palestine and Israel is the policy of forming two states.

So Donald Trump’s behaviour is to impose policies on Europeans that either they do not accept them which lead to the straining of Brussels-Washington relations or they are forced to accept them.

Finally, about the future of US-European relations, nothing will change as long as Trump is in the office if relations do not get worse. If Trump is re-elected in the next term, he is likely to pursue a more aggressive policy than he is now, as he no longer worries about elections and voting.

It should also be noted that the US economy has been hit hard by the corona and that this blow has prompted Trump to pursue his previous policies of increasing domestic production and job creation more seriously, which will have a negative impact on European-American relations. Concerning foreign policy issues, including the JCPOA also it appears the disputes would stay and may even get worse.

Of course, if Trump fails to re-enter the White House and someone like Joe Biden wins the presidential election, European-American relations will probably be the same as in previous years and will gradually improve. 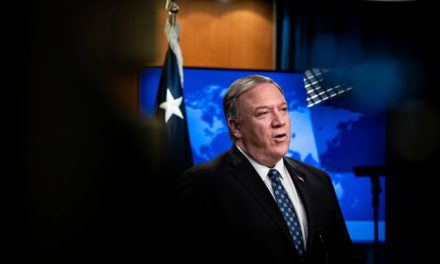 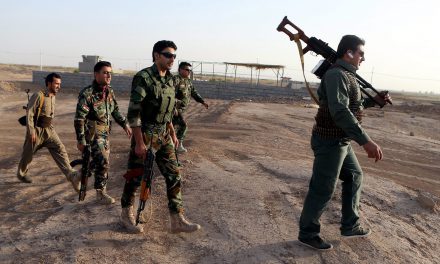