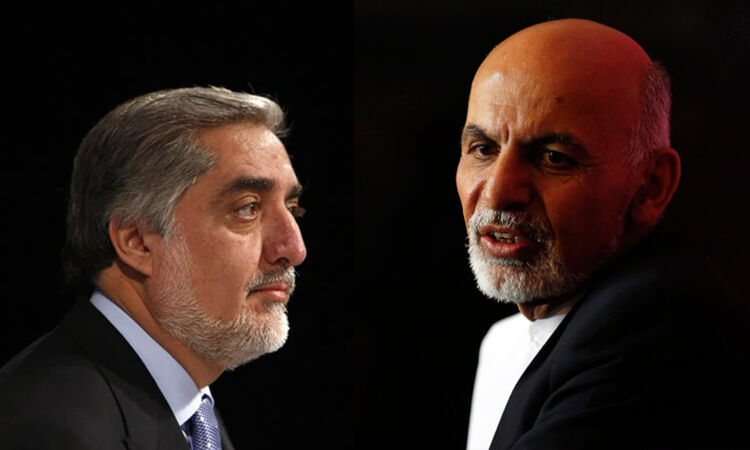 Mohammad Ashraf Ghani and Abdullah Abdullah, the two main contenders in the Afghan presidential election, were inaugurated on Monday, March 9th in concurrent ceremonies. Although the incumbent president Ashraf Ghani’s victory in the election has been formally announced, his longtime rival Abdullah Abdullah has accused Ghani of fraud and declared himself the winner.

After Abdullah announced that he will not accept the result of the election and will form a broad government, US Secretary of State Mike Pompeo responded by saying that the US is opposed to parallel government in Afghanistan.

The formation of two governments is a serious debate on the future of Afghanistan, and it was Taliban’s desire to prove that the government is incapable of running the country as there is a danger that the presence of two states could lead the country to a civil war. Meantime, as we have seen, the Electoral Commission has declared Ashraf Ghani as president, and in his inauguration, foreign ambassadors including the US ambassador and NATO representatives, plus Zalmay Khalilzad, were present. However, only the Jihadist themselves were present at the inauguration of Abdullah.

Apparently two scenarios would be possible if Abdullah Abdullah and his group remained in their positions: First, they could stage massive demonstrations in Kabul and other major cities and create conditions that Ashraf Ghani would not be able to continue as president. Ultimately, the Abdullah group would drag the demonstrators to the presidential palace and oust Ashraf Ghani. Such a scenario would mean civil war because both sides are armed and cannot do so without weapons. In the current situation, they are also distributing weapons in northern Afghanistan, meaning the Jihadist forces are delivering the weapons they have concealed to their supporters.

The second scenario is that Abdullah and his group would go north and form a government there, which will also lead to the breakup of Afghanistan since the Jihadists are armed and will take up arms against the opposition. The Jihadists will also need the support of a foreign power, probably Russia to form a local power in the north. In this situation too, Russia may not be too reluctant to create a buffer zone between themselves and the Taliban; so if we look at the issue from the perspective of the danger of two states were in place, there is a very serious danger and the Taliban will derive major benefit from this. It seems that an agreement has been reached between the Taliban and the United States based on which an interim government would come to power instead of the two-state option.

As to what would be the shape of the interim government and whether Ghani or Abdullah would have a place in it, depends on whether Abdullah and Ghani and their groups can agree on a guaranteed power-sharing between them or not? Of course, this option is not very likely because one of the sides, probably Abdullah must back away, which is less likely so that a new form of a national unity government that the US had previously formulated by John Kerry would be formed.

Ultimately, the US, as Mike Pompeo has stated, does not agree to form a parallel government as it will inevitably lead the US to civil war in Afghanistan. So the only way out of Afghanistan is through an agreement between the three main powers.