The fact that the US regime targets a high level official of the Islamic Republic of Iran in the territory of a third country violates the most obvious principles of international law as well as the United Nations Charter. Before further analysis, let’s first examine the legal aspects of the issue:

Given the above-mentioned points, it can be concluded that the US forces’ action against the late commander of the Quds Force is a terrorist act and has international implications for the US government.

Although the International Court of Justice (ICJ) has described countermeasures in international law part of a series of reprisals that have nothing to do with the use of force or armed hostilities, but it should be said that it recognizes legitimacy of countermeasures. It reaffirms that when the injured state responds to the wrongful act of another state its illegitimate aspect is abolished. The purpose of countermeasures is to protect oneself, to make the wrongdoing state comply with its obligations and to compensate the injured state. Countermeasures in accordance with Article 22 of the Draft on Responsibility of States developed by the United Nations Commission on International Law are one of the remedies of international responsibility of the state.

Accordingly, the arrest, trial and punishment of the perpetrators and agents of the crime are among the most commonly accepted countermeasures in international law that can be pursued without creating any international responsibility for the state. While such actions may seem unlikely, the US forces must be made understood that they will have no more immunity in the region, either because of the law mentioned above or because of their involvement with terrorist forces.

In addition, if we apply International Humanitarian Law, then because Iran and the US are not formally at war, then targeting an Iranian official intentionally, has a terrorist nature, so the American action could be regarded a war crime as well.

It should be borne in mind that humanitarian rights, including the four Geneva Conventions, the Additional Protocols, customary laws and other treaties in this field, prohibit, without exception, terrorist acts committed in the course of a domestic or international conflict. Humanitarian rights term major violations of the Geneva Conventions in the form of terrorist acts war crimes and oblige states to prosecute perpetrators of war crimes within the global jurisdiction at their courts; therefore, all states today must support Iran and have the responsibility to put  prosecute American terrorists and their mercenaries for their crimes. 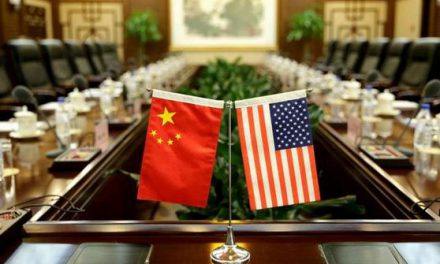