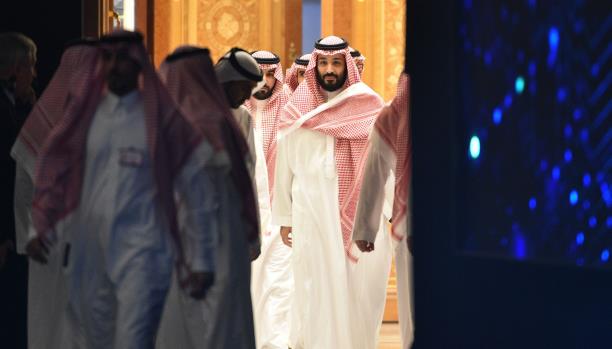 Strategic Council Online: By dispatching an American delegation to the Davos Summit in Riyadh, President Donald Trump is trying to change the ruthless image of Bin Salman in the media and public opinion around the world, including Asia, Europe, America and Africa following the heinous murder of Jamal Khashoggi.

The third “Davos in Desert” international summit will be held in Riyadh, Saudi Arabia from Tuesday to Thursday (October 29-31). The summit is being held by Saudi Crown Prince Mohammed Bin Salman, whose global image, and in general, that of Saudi Arabia has been tarnished for various reasons, including the murder case of Jamal Khashoggi, and many human rights organizations have criticized Riyadh for numerous cases of human rights abuses in Saudi Arabia, in particular by Mohammed Ben Salman. In such circumstances, US President Donald Trump has sent a five-member delegation including the President’s son-in-law and the Secretaries of the Treasury and Energy to the summit. The reasons and aims of such an action can be significant in many ways. Sabah Zangeneh, an expert on regional issues, has discussed the reasons and goals of Americans behind attending the Davos Summit in an interview with the website of the Strategic Council on Foreign Relations.

Q: What goals does ‘Davos in Desert’ Summit, held at the initiative of Saudi Arabia for the third year in Riyadh, follow?

As we know, the Davos Summit was originally held in Switzerland, and now Saudi Arabia is trying to hold a Davos branch in its own country so that it could benefit from the presence of investors and political figures in its plans and policies. This year too Davos in Desert is scheduled to be held October 29-31 at the Ritz-Carlton Riyadh. What distinguishes the Swiss Davos from the Riyadh summit is that the Swiss Davos is a politically neutral summit, but the Davos in Desert Summit is a summit held solely for political purposes.

The Davos summit was previously held in Jeddah and by the private sector of Saudi Arabia, but with the coming to power of Mohammed Ben Salman, the Jeddah summit was suspended and was shifted to Riyadh for political purposes.

Q: What role does the Davos in Desert play in Saudi Arabia’s economy and the political future of Mohammed Ben Salman?

Saudi Arabia has borne huge costs to invite large numbers of companies from different countries to attend the summit. Nearly 6,000 people from 30 countries are said to have been invited to the summit. The key point is that the summit is on the one hand aimed at erasing the negative record of Mohammed Ben Salman, and on the other, it is an effort by the United States to gain more concessions from Saudi Arabia and to use its petrodollars. While Saudi Arabia by holding Davos in Desert is trying to pave the way for Horizon 2030 perspective and increase foreign investment but it is unlikely that these measures will help achieve the prospect.

Indeed, Ben-Salman faces many problems because of domestic and regional crises and sometimes cuts in oil revenues and budget deficits, and he needs publicity and showoffs like this.

Q: Although the summit was boycotted last year in protest to the brutal murder of opposition journalist Jamal Khashoggi by many Western officials, especially the United States, but this year a high-level delegation including Trump’s relatives attended the event. What are the reasons for this shift in the US and Trump approach?

Without doubt, Ben Salman’s biggest supporters are Donald Trump and his family, and for the same reason, a big number of Trump family members and companies that benefit from working with Saudi Arabia attended the summit. Last year, many countries and their ministers refused to attend in protest to the tragic killing of dissident journalist Jamal Khashoggi. But this year, the US president appears to be sending a delegation seeking to improve the violent image of Ben Salman in the media across the world, including Asia, Europe, the United States and Africa. Naturally, people, grassroots organizations, and private-sector companies around the world are aware of this fact, and so their approach to the summit is different.

Q: What signals do these dual American standards on human rights send to public opinion throughout the globe?

American politicians disregard human rights and even moral issues. In Saudi Arabia, many people, including politically and socially active women are still in prison, and the murder of Jamal Khashoggi is a criminal act itself. But the United States ignores these issues and easily crosses the line between human rights and advocacy of human rights to serve its economic and financial interests.

At present, the situation of the people and the different tribes of Saudi Arabia is very deplorable, and what the appearance of the big cities of Saudi Arabia shows is very different from the depths of life in the small and poor neighbourhoods. So many people live in Saudi Arabia in the space before the 20th century. But these issues are of no importance to Trump, and he sends a delegation to the Davos in Desert summit despite human rights abuses in Saudi Arabia.

As for the Riyadh foreign policy, the Saudi crimes in Yemen are so widespread that it cannot be denied. The killing of the Yemeni people, the destruction of its infrastructure, the spread of contagious diseases and the inadequacy of health and food facilities have all followed the military aggression of the Saudi coalition and the blockade of Yemen. But despite these acts of aggression, the United States has turned a blind eye to these atrocities in its debate on human rights and voices full support for the Davos in Desert summit to fulfil its economic goals.

In addition to Davos, elsewhere we notice that Washington turns a blind eye to many issues because it wants to sell arms to Saudi Arabia and get the petrodollars of the kingdom. 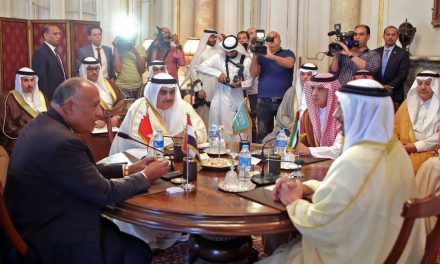 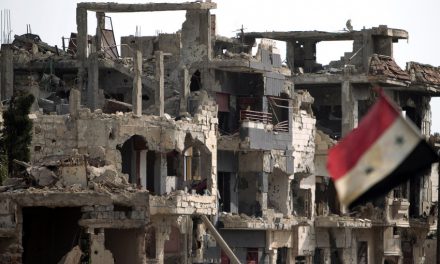 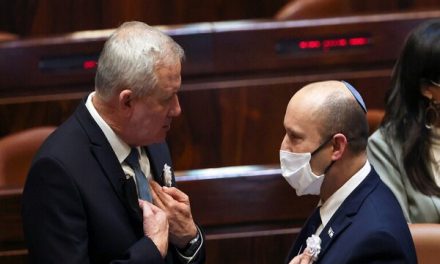