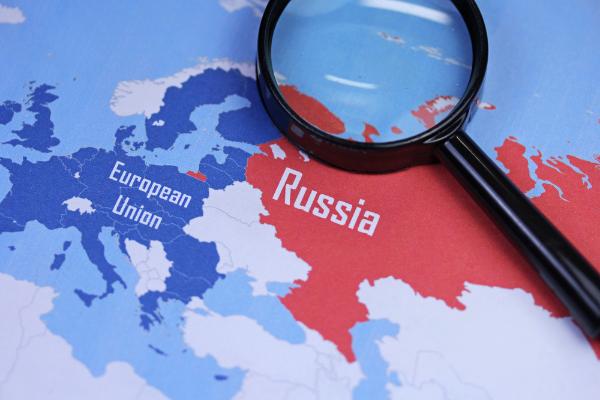 Strategic Council Online: An international relations professor said with the decline in America’s hegemony in international system, the geopolitical competition will return to Europe. He added it was likely to see past competitions revived between Germany and Britain, and Germany and France in a not too distant future.

Dr. Davoud Kiani on whether Europe’s attempt to draw closer to Russia, China and emerging powers will lead to their keeping distant from the United States, said: “Concerning the question of challenging America’s power in the international order there is more agreement between the Europeans and China rather than Russia and EU. Because Europeans depend on the United States in terms of security and it is costly for them to gain security independence from the United States. This could even overshadow the debate on economic integration in the European Union.”

He added: Europeans have not yet come to the geopolitical conclusion that they want to have a military force in Europe independent of America and that Europe’s security should come from outside NATO and by its own forces, because in that case geopolitical rivalries between the major European states would be augmented and could spontaneously affect the process of European integration.

The second reason is that there is geopolitical disagreement between Russia and Europe, especially in eastern and central Europe, a vivid example of which was observed in the Ukraine crisis. It showed that Europe needs the US to contain Russia in Eastern Europe.

He explained: “The theorists face some ambiguity in analyzing what direction the European orientation will go if American hegemonic power is weakened. The general view is that Europe should have an independent military force at European level as soon as possible; that is to say, as they have a single monetary unit and visa they must have a single army and settle their own security issues against other major powers in their own right. This view has been in place for years and on that basis negotiations are held and agreements are forged, but it has not been operational so far as European countries accept a supranational entity in economic matters but cannot easily afford a single army and a single military force. Because security issues are a rare commodity and countries differ in terms of national sovereignty.

Kiani emphasized: The second point is to provide an answer to the question that if Europe essentially wants an independent military force, could this revive old geopolitical competition in Europe between Germany and Britain, Britain and France and France and Germany or not. If the security discourse in Europe intensifies, it does not mean that the discourse will lead Europe towards a security convergence. Rather, it could push them toward a security divergence and bring Europe back politically and security wise to the pre-EU era.

Noting that major theorists in international relations are looking to two futures for Europe, the analyst said: “A united Europe to contain Russia, China and the US, and a divided Europe that will try to create a balance against each other and against foreign powers. Therefore, this ambiguity exists and the predictions about the realization of each of the scenarios are not very accurate.”

Kiani also pointed out: “My impression is that as America’s hegemonic position in the international system is declining, geopolitical competition will return to Europe, and one side of the rivalry in particular will be Germany, which has become the European economic giant in the current situation and which has benefited the most from economic convergence. Also, given the fact that the discourse of extremist parties has become more favorable to European citizens than ever before, we will probably see in the not-too-distant future the rivalries between Germany and Britain and Germany and France.

“I do not want to draw any extreme conclusions because the discussions that are going on now have no foreign objective instance but international pressure is likely to push European countries into some form of securitization soon,” he added. Does this securitization mean that a single securitized Europe will be formed or a multi-security Europe that will each pursue its own interests? I think the second option will be more dominant in the future.

On the reasons for Europe’s not distancing from the US despite French and German efforts to lift the sanctions on Russia and establish economic ties with China, Kiani said: “We have two key concepts of risk and benefit in international relations. We have to see what the countries’ benefits are and where their risks stand. If these two questions are answered, the other questions will be answered automatically. Germany has a historical sensitivity to Europe after World War II. Because they see America as the cause of Germany’s defeat in World War II, and the humiliation that America imposed on Germany has made hatred for US and Anti-Americanism subconscious in German culture and history, which cannot be denied.

“As for Russia, Germany is in a very difficult situation. It has both benefits and risks vis-à-vis Russia. Its benefit is that Russian gas is an indispensable source of energy for Germany, which relies heavily on oil and gas and cannot import gas from elsewhere at a cheaper, more cost-effective and reliable way. It imports gas from Russia. Tens of thousands of small and medium-sized German companies invest and work in Russia, and the German business community benefits greatly from the economic relationship with Moscow.”

One of the reasons the Merkel government is under pressure in Germany to lift the sanctions so that they could work with Russia is the German economic community. For immediate benefit, therefore, Germany is adamant to normalize relations with Russia as soon as possible and somehow resolve the Crimea problem. But in terms of geopolitics and Russia’s political economy it is a threat to Germany; Because Germany has become an economic giant in Europe with exports worth nearly 1.3 trillion euros, which is stunning given its limited population; so it needs new markets and new workforce.

Kiani further said: “Europe is saturated for the German economy and Berlin needs new economic spaces, one of which is Eastern Europe, meaning Ukraine and even up to southern Caucasus are spaces considered by Russia. The problem is that Russia is blocking Germany’s way of expanding its economic influence in Eastern Europe, and one of the reasons the Russians resorted to the Eurasian Economic Union is to block the EU’s economic path. Ukraine was not really a Russian-American war but an economic war between Europe and Russia.

“The Germans feel that the Russians have become a barrier to Europe’s economic expansion eastward, where it has a good market and a good workforce for Germany. It is more of a threat to German interests than to French interests because the French market is not eastern and central Europe but southern Europe. The British, who have an island state, have no interest in Eastern and Central Europe. Thus, from the perspective of international political economy, Russia poses a threat to Germany by preventing its economic influence and even its policy in Eastern and Central Europe and even the Caucasus and Eurasia. But in terms of immediate interests at the micro level it is an opportunity for Germany. That is why we see that in Germany there is no precise sum-up of how policy is regulated with Russia, and two different forces are dragging German foreign policy towards themselves. Although Germany’s official position is sanctions against Russia but in its think tanks and pressure groups the tendency is to be close to Russia and lift the sanctions.

In relation to the role Iran can play in this situation to maximize its benefits, he said: “I have to start with one proposition. Iran must do its utmost to avoid international consensus against Tehran by preventing Europe from moving toward America. Experience has shown that if Europe tilts towards the US, the resistance of Russia and China against the Western bloc will be greatly reduced. Europe is practically imposing sanctions, but they have literally said that they are resisting, and work based on the Joint Comprehensive Plan of Action about Iran. So far, Iranian diplomacy has managed to keep Europe away from the United States, and this is actually being done by the government.

He explained: In Europe, Germany’s role is very important because it is not very sympathetic to Iran in terms of its declared policy and is trying to side with the US because of Germany’s political considerations and the US sensitivity towards Germany the latter does not want to be seen as a defender of Iran in the eyes of Washington politicians. But Germany has tried, without raising sensitivity, to prevent Iran from being isolated. Meanwhile, concerning the US sanctions against Iran, although Europe’s relations with Iran over the past year have declined Germany is Iran’s first trading partner among European governments. That is to say, Germany’s policy is to take a critical stance against Iran verbally and expressly, but in practice it has tried to continue its economic relationship with Iran, albeit to a limited extent, in a way that does not arouse US sensitivity.

Kiani said that although it is difficult, but as long as possible Iran should continue economic projects with Germany. “As we are reducing our commitments to the JCPOA, we should be careful this would not inevitably lead Europe and Germany towards the US. Conditions are very difficult but not impossible. Moreover, the trade disputes between Europe, the US and Germany is a good opportunity for Iran to exploit the gaps that appear. It seems Iran is already pursuing this policy. Tehran should be careful not to add new tension to our relations with Europe so that things would not get out of control.” 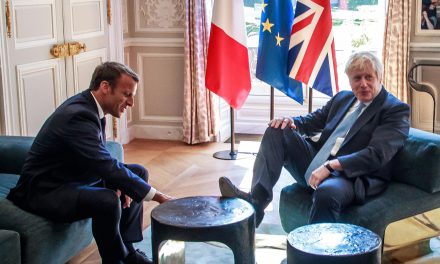 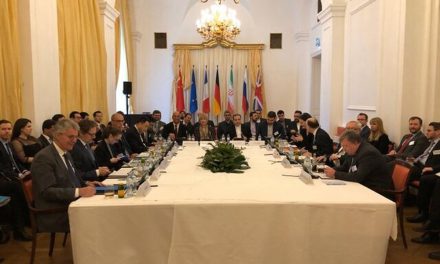 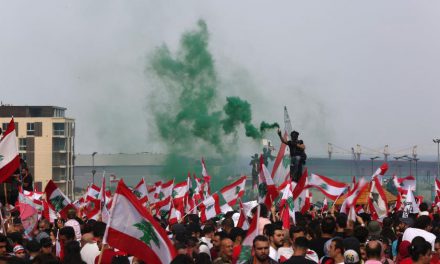