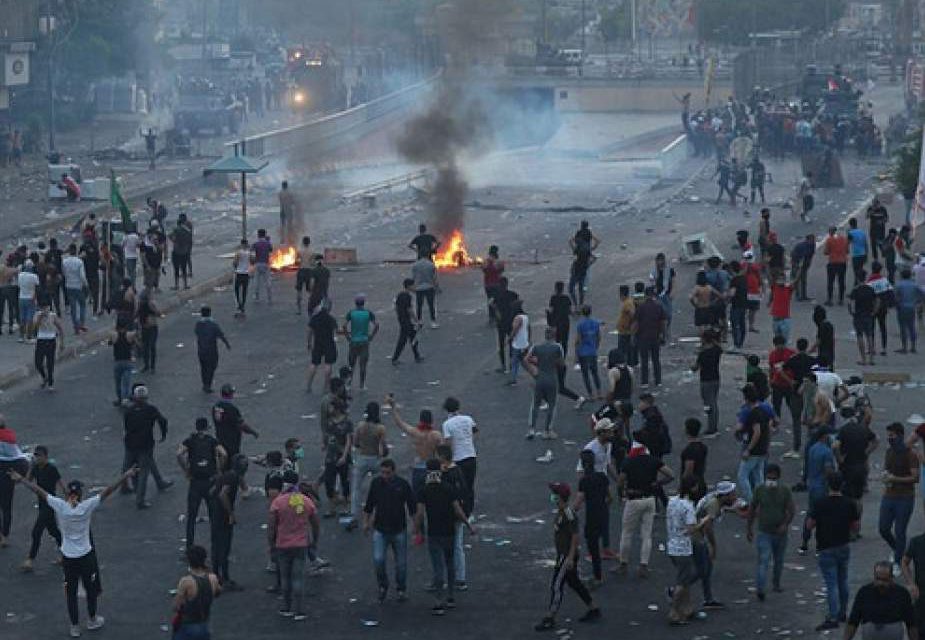 Although Iraq is not located in the Occupied Palestine neighborhood, Zionist regime’s officials have always sought, in particular in recent years, to prepare the grounds for weakening the country. This policy is considered one of the strategic policies of the Zionist regime in West Asia and therefore Iraq is among the target countries of Israel’s destructive policies.

Of course, this policy has been at the forefront of the Zionist regime’s strategic and regional plans over the past few years following the formation of the group of countries under the Resistance Axis with Iraq being an important and influential circle. To this end, Israel has been trying to deal various political, economic and military blows on Iraq to reduce the capabilities of the Iraqi government and nation. In particular, with the collapse of the ISIS terrorist organization, it is now easier to use the communication routes between Iran, Iraq, Syria and Lebanon, which has added to the concerns of Zionist regime officials.

In fact, the Zionist regime’s drone strikes have hit some of the strongholds of the Iraqi Popular Mobilization Forces, who are regarded one of the main causes of ISIS crackdown. The bases in Iraq have been used by these drones to hit their targets. Investigations conducted to this end provide clear evidence to the Iraqi people and government and prompt them to conduct operations against the Zionist regime in retaliation.

It was precisely under these conditions that the recent riots in Iraqi cities began simultaneously and orchestrated, and surprisingly turned violent within a very short time. In the opinion of analysts, the riots could not have occurred by taking a natural trend and many speculations have been raised about the involvement of foreigners in the outbreak or abuse of these unrests.

Compared to other Arab states such as Sudan, and the current protests in Algeria or Egypt, the riots in Iraq in terms of the scale of violence and attacks on government centers and burning them down could represent the devastating role played by Iraq’s enemies. None of these scenes of violence, murder and burning of government buildings were seen in Sudan, Algeria or Egypt. Indeed, it was here that the accusing finger was pointed at the Zionist regime officials and following the arrest of influential individuals whose cooperation with Mossad was verified, it became certain that the Zionist regime was behind the Iraqi riots.

However, as noted, the Iraqi government and nation were looking for an opportunity to respond to the Zionist regime’s drone strikes while simultaneously strongly criticizing America’s cooperation and support against the Popular Mobilization Forces and renewed calls for the withdrawal of US troops. The Iraqi people and government believe that what has provided the ground for the Zionist regime’s activities in Iraq is the US military bases in Iraq. As such, these bases played a major role in the orchestrated unrest and violence in Iraqi cities.

The skepticism about American policies in Iraq has become more extreme and more serious and has put the US troops in the country at serious risk. As some experts believe, the recent withdrawal of US troops from Syria is in fact a prelude to covering up the goals of the US withdrawal in the coming weeks.

It is clear that many regional allies are currently seeking to support the continued presence of US forces in Iraq in line with the Israeli regime and in pursuit of US policies and to prevent any Iraqi response to the Zionist regime movements. It is here that the Iraqi government and people must take full advantage of the opportunity vigilantly to oust American troops out of their country and respond to the actions of the Zionist regime which is now in a position of weakness.