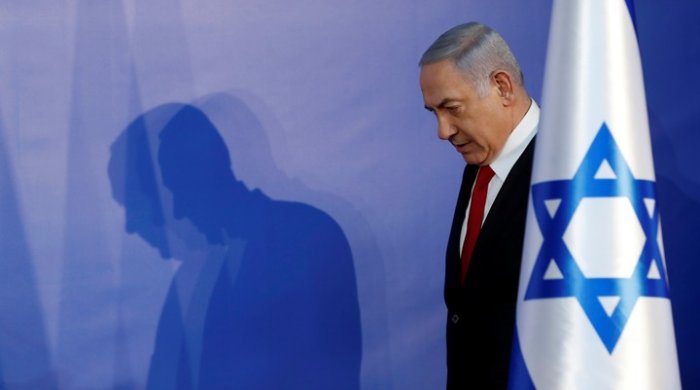 Strategic Council Online: Benjamin Netanyahu now faces obstacles to form a government; his main obstacle in forming a government is lack of seats needed to win the vote of confidence and approval of the parliament.
Jafar Ghanadbashi – Middle East Affairs Expert

The Zionist regime has faced a political stalemate since the September 17 parliamentary elections, with no clear winner, threatening the government of Netanyahu who has been in power for more than 13 years. To date, neither of the two parties, Likud led by Benjamin Netanyahu and Blue & White led by Benny Gantz have succeeded in forming a majority with their allies. This made Reuven Rivlin, the head of the Zionist regime, to adopt a middle solution and reinstate Netanyahu under the status quo. If Netanyahu is convicted of corruption in the coming weeks he must step down. He is facing charges of corruption such as fraud and abuse of trust, which he has denied all.

So now, Benjamin Netanyahu is in a much weaker position than he had been expecting before the election. The most important reason for such a situation is the results of the elections as he did not get decisive votes in this election. Of course, party rivalry and relationships that have existed in the Zionist regime since the past are among the effective factors that have contributed to this decline. A look at how the Zionist regime has formed governments over the past two decades, as well as the intense rivalry between the parties, has always been a serious obstacle to winning determining votes by political parties. This has led to the formation of coalition governments in this regime.

Another reason for this weak position is Netanyahu’s disputes over the security of the Zionist regime, and especially the disputes with his Minister of War Avigdor Lieberman, which led to his resignation; Libermann launched extensive propaganda against Netanyahu as the cause of insecurity and outbreak of fragile security in the Occupied Lands.

Netanyahu now faces obstacles to form a government; the main obstacle is that he does not have enough seats to get a vote of confidence from the parliament. The next factor is the escalation of party divisions and intensification of political rivalries as well as the deepening of a series of personal differences between Netanyahu and the Zionist regime leaders. Therefore, the other parties not only would not welcome cooperation with Netanyahu but also hope that his failure to form a government will give way to his rival, Benny Gantz.

In particular, Gantz and other politicians close to him have sought to inspire hope in a part of the society by creating a new party structure and seeking to open the door to resolve numerous current problems in Israel.

However, political and ideological issues have made the Israeli parties’ relations not only competitive but hostile, a problem that has always shortened the lives of governments in the occupied territories. Another obstacle in the way of Netanyahu is the failure to fulfill some of his foreign policy promises and the failure of his plans to stabilize the regime. Netanyahu had promised the Israeli people and political parties that his plans to fulfill the Deal of the Century would shift the balance of power in the region in Israel’s favor and reduce the regional threats that had greatly increased during Netanyahu’s premiership.

Under the status quo, from the perspective of many Israeli officials, the current vulnerability of the regime requires that party officials continue to move toward the formation of a unity government such as at the time of Ariel Sharon and give in to a practical partnership in a situation where the Zionist regime is experiencing great weaknesses,.

On the other hand, the almost equal number of votes gained by Netanyahu and Gantz in the election is among the other factors that demand an invitation to the parties to work together, as any competition at this juncture would become one of friction and cause the consequent collapse of the government and as a result make the regime more vulnerable.

Given this, the likelihood of continued fruitless competition among Israeli parties is reduced and the likelihood of cooperation and convergence for the formation of the government will increase. In particular, religious figures in the Zionist regime, as well as officials with a political background, have consistently emphasized that the current situation is not one that would make the weak status of Israel even worse because of political competition. Netanyahu will therefore continue his efforts to form a government and gain Gantz’s positive response for coalition provided that the obstacles mentioned would not lead to his resignation. 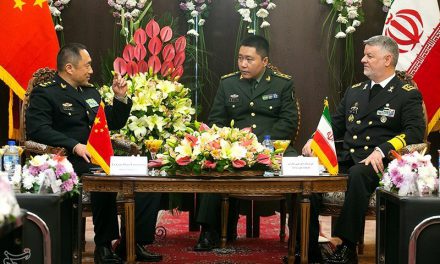