» Required » Iran, EU in need of strategic approach toward ME

TEHRAN, Nov. 12 – Head of Strategic Council for Foreign Relations Kamal Kharrazi addressed the seminar of ‘European Union in Route of Defensive and Security Co-alliance’ in Vienna on Friday.

Former Iranian foreign minister highlighted the role of Islamic Republic in EU-ME ties while noting that the Middle East became insecure with foreign intervention and rise of terrorism was the outcome of power vacuum the region countries were suffering from after crises.

Kharrazi also emphasized the need to stay committed to JCPOA and urged European Union to defend the deal against US violations.

It is a great pleasure for me today to participate in this meeting of European forum which is being attended by many distinguished personalities and dignitaries. Therefore, I would like to thank you Mr. Minister for providing me with this opportunity

First, I would like to raise several questions to which I try to respond during my speech

Which countries are benefiting from destabilizing the region, and which countries are trying to maintain the status quo?
Does the Iranian influence emanate from its illegal intervention, or from supporting the governments of Syria and Iraq against terrorists and destabilizing forces?
Can influence in the region be gained by staging war, and supporting terrorist groups against standing governments?
Could Iran stand indifferent towards the collapse of governments in Iraq and Syria? And was not instability in these two countries a serious threat to Iran?
If Baghdad and Damascus had fallen to Daesh, what would have been the destiny of the region, and what was its impacts on Europe security?
What ideology promotes Takfirism and where that comes from?

The Arab revolution which begun in Tunisia, was derailed in Libya, Egypt, Syria, Bahrain, and Yemen, by foreign interventions. Thus, the Middle East faced new crises which spread to other countries, and even Europe did not remain safe by its consequences.  Millions of people were displaced, killed or injured. Many cities and villages were destroyed

Arab revolution was against dictatorial states and corrupted governments, but foreign intervention changed the course of that peaceful struggle. The Tunisian dictator sought refuge in Saudi Arabia, the Egyptian democratically elected government was toppled by a coup supported by Saudi Arabia, the peaceful move of people of Bahrain and Yemen was suppressed with the direct military intervention of Saudi Arabia, and the support of the littoral Arab states of the Persian Gulf for terrorist Takfiri groups in Syria and Iraq could make those governments collapsed and engulf the whole region

Under such circumstances, the support of Western countries especially the United States for interventionist countries and the formation of only a show-coalition against terrorists, strange enough with the participation of the same interventionists, resulted in the rapid advancement of terrorist groups and occupation of large areas of the Iraqi and Syrian soil. Such advancement continued in Iraq and Syria and the terrorists were very close to conquer Baghdad and Damascus. The danger of terrorism even threatened Iran as they were very close to the Iranian borders. Thus, Iran rushed to the help of Iraq and Syria upon their request, not only to prevent the collapse of those countries, but to push the danger of terrorism away from its own borders

The question is how terrorist groups emerged so rapidly in Syria and Iraq. The answer is that Wahhabism, constituted the ideology of Takfiri terrorist groups, and money and weapons shipped to Syria by Saudi Arabia and Qatar through Turkey, emboldened brutal groups such as Daesh and al-Nusrah. It is remarkable to say that during the past four decades since the Soviet aggression against Afghanistan, Wahhabism was promoted in the region with the establishment of Wahhabi seminary schools in Afghanistan and Pakistan with the support of the United States. This later resulted in the formation of Al Qaeda and the Taliban

On the other hand, the University of Medina in Saudi Arabia trained many Wahhabi Imams who were dispatched to mosques all across the world, where Daesh and Al-Nusrah recruited their members. It is interesting to know that Madam Clinton the former Secretary of States has confessed that the United States had helped the formation of extremist religious groups in Afghanistan in an effort to fight against the former Soviet Union. And recently Mohammad Bin Salman the crown prince of Saudi Arabia has admitted that his country adopted the policy of the expansion of radical Islam in the region after the victory of the Islamic Revolution in Iran in 1979

However, it is regrettable, that Western countries turned a blind eye to the support of the Arab countries of the Persian Gulf for terrorist groups in Syria and Iraq. Therefore, groups such as Daesh and Al-Nusrah, were provided with the opportunity to continue their advancement in Iraq and Syria, and endanger the security of the whole region

If there was not the Iranian support, today Iraq and Syria could be completely under the control of groups such as Daesh and Al-Nusrah and the whole region could go destabilized. Therefore, I want you to judge who is destabilizing the region? Countries who supported terrorist groups or Iran which supported standing governments in Iraq and Syria and helped them to stop the advancement of terrorists. Here I would like to draw your attention to the recent confessions by Sheikh Hamad bin Jasem the former Prime Minister of the State of Qatar who said Qatar, Saudi Arabia, and Turkey jointly supported these groups and provided them with lot of money and arms

In addition to the above issues, another issue which has created instability in the Middle East is nuclear weapons. Iran has pioneered the idea of the Middle East Free from Nuclear Weapons. We consider the Israeli nuclear arsenals as a serious threat to the stability of the Middle East. Therefore, in order to build up trust, Iran engaged in negotiations with the 5+1 and reached an agreement called Joint Comprehensive Plan of Action or JCPOA which I believe has had positive impacts on the security and stability of the region. However, it is necessary that Europe safeguard this important achievement against US pressures, and guarantee its full implementation

On the other hand, it is regrettable that some European officials try to establish connection between the JCPOA and the non-negotiable issue of the defense capabilities of Iran. This is while the JCPOA is merely related to the nuclear program of Iran and does not make even a single reference to the Iranian missiles, or its presence in the region. Moreover, Iran is present in Syria and Iraq only at the request of their legal governments to fight with terrorism. Surely, if Syria and Iraq had fallen to Takfiri terrorist groups, many Sunnis, Shias, Christians, Kurds, Yazidis and Turkmen could be beheaded. However, even the present security of Europe owes itself to the sacrifices of those who fought against terrorist groups in Iraq and Syria

In regard to Iran’s defense capabilities and missile development, I should mention here that it is the right of any sovereign country to defend itself – particularly a country such as Iran which has experienced eight years of war, being showered with hundreds of missiles by the Baathist regime of Iraq. It is astonishing that some of the Western countries that sell sophisticated offensive weapons to non-democratic states of our region and receive immense revenues, expect Iran not to develop its defense capabilities including its missiles

Unfortunately, it is sometimes publicized that the Islamic Republic of Iran is testing missiles which have been designed to carry nuclear warheads. This is the sheer lie. We are committed to the resolution 2231 of the Security Council and our missiles have been designed to carry solely satellites or conventional warheads. They are purely for defensive purposes and are therefore non-negotiable. Publicizing such misinformation by some European officials would result in the weakening of the JCPOA and 3321 resolution, because it is supporting the position of the present US president which has no other wishes, but to dismantle the JCPOA

In conclusion, I would like to stress that Iran and Europe should adopt new approaches in their cooperation. We can work together not only in supporting JCPOA, but also in promoting non-proliferation of weapons of mass destruction in this sensitive region. We can also work together to bring back stability to Syria, and Iraq, and help them in their reconstruction process

More, with the recent dispute between Saudi Arabia and Qatar, the internal conflicts of Saudi Arabia, and its threats against Lebanon our cooperation is imperative in order to avoid more crises and instability in the region

I thank you for your patience. 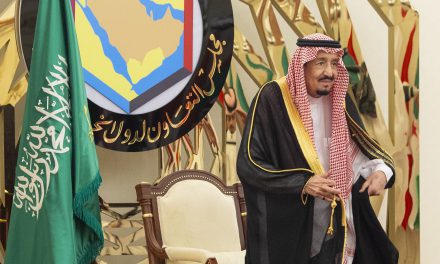 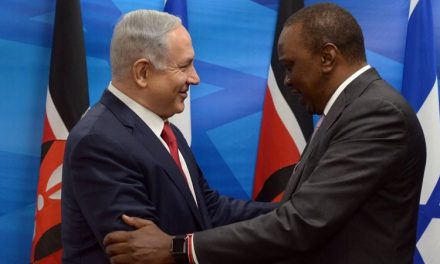 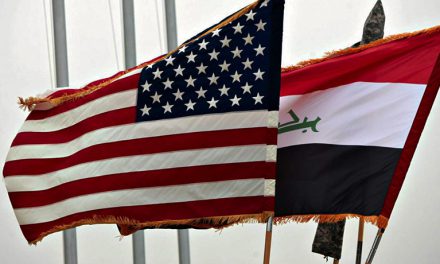