Strategic Council Online: Erdoğan’s Justice and Development Party (AKP) secured the highest number of votes in the local elections on March 31 throughout the country but did not win in key cities. The interesting point is that the Turkish president, for the first time in his political life, is tasting defeat and maybe this is the beginning of the end of the authority of Recep Tayyip Erdogan, the undisputed leader of the Justice and Development Party and the Turkish president.
Firouz Dawlat Abadi – Former IRI Ambassador to Turkey and Expert on Regional Affairs

The emergence of the Justice and Development Party (AKP) on the Turkish political scene was coupled with the display of a powerful, nationalist and unifying force from Erdoğan and his allies. By providing a comprehensive definition of Islam, the AKP covered all of Turkey‘s general trends, including Kurdish religious groups. Kurdish religious people with a significant population did not show interest in radical Islamic tendencies while avoiding left-wing movements.

With this line of action, the Justice and Development Party achieved an incredible victory in parliamentary and municipal elections. But the process of Erdogan’s behavior gradually shifted from the Turkish political environment to a more authoritative encounter. As a result Erdogan did not make much progress in the presidential and later parliamentary elections; for example, he won the presidency with less than 53 percent of the votes under conditions that he did not have a rival.

In addition, the party not only did not win the majority of the votes in the last parliamentary polls but was forced to hold early elections. People at that early election, with the assumption that the AKP will learn a lesson, allowed the party to form the government with a majority vote. A review of Erdoğan’s position is a guide to his recent political and electoral defeat in Turkey.

Erdogan has treated ethnic and ideological groups harshly, and this has led the people to keep their distance from the AKP. Also, the main reasons for the recent failure of the party are the great setbacks of Turkey in the economic and political fields, inappropriate relations with the United States and the European Union, and the complex and acute regional complications in Syria and the Kurdish regions.

Given these conditions, the AKP lost seats in municipalities of important cities such as Istanbul, Ankara, Antalya, and 17 other cities. This is while people refer to municipalities to settle 80 percent of their problems. Moreover, the security domain, the police, economic relations, and construction permits are all under the cover of the municipalities.

The latest local elections have sounded the alarm for Erdogan and his party as far as the upcoming parliamentary polls are concerned. If the AKP fails to take necessary intelligent steps in the political and economic fields the decline of the AKP will be accelerated. 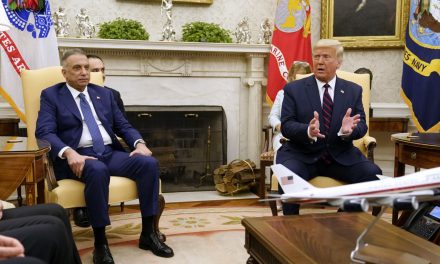 Adana Agreement: A Prospect to Settle the Syrian Crisis