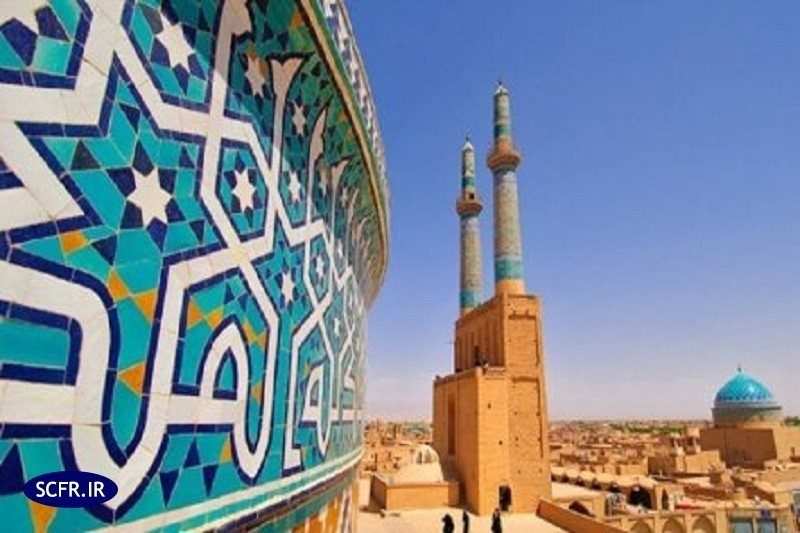 Strategic Council Online: Intra-Civilizational dialogue between states under the leadership of major Islamic countries such as Iran, Saudi Arabia, Turkey and Egypt is one of the requirements of a future discourse to overcome the current problems of the Islamic World.

When the capacity of interaction among Islamic states is declining and West’s efforts to create further discords among Muslims are increasing, the Islamic World cannot hope for peace in the future under such conditions. In this respect, some thinkers of the Islamic World speak of a discursive approach and raise the topic of intra-civilizational dialogue.
To shed more light on the issue, we had an interview with university instructor, Dr. Seyed Jalal Dehghani Firoozabadi the full text of which follows.

Q: Assuming that the Islamic World is faced with discord, what do you think is the way out of this situation?

The fact that the Muslim World is faced with differences cannot be denied. But there are several ways to resolve the problem. The first way is that we must carefully identify the causes of the problem and this in itself is a precondition to come out of the dilemma. The second way is the identification and focuses on the commonalities of the Islamic countries while refraining from exposing those differences. The third way is the identification of common problems in the Muslim World, which requires cooperation on behalf of all to bypass discords.
In Islamic civilization, in spite of the differences and various beliefs, we must live together and have peaceful coexistence far from extremist thoughts. The extremist line of thinking will escalate differences, and this does not necessarily relate to the Sunnis.

Q: To what extent do you agree with and find it possible the pursuit of a discursive approach to come out of the status quo with the assumption that the subject of this dialogue is merely Islamic civilization and not the causes of the division of the Islamic World?

In addition to different intellectual, practical, political and economic ways of thinking, the discursive approach is one of the most important ways of explaining and analyzing the current situation and resolving the problems.
In a discursive perspective, there is no issue outside discourse and thinking leads humans to external realities. Many arguments are theoretically based on the beginning of everything from thought and mind; therefore, the discursive approach helps to understand what the thoughts of the Muslim World are and find the source of division, hostilities, and enmities. For example, the discourse of extremist thought divides the Islamic World into two parts: Their mind-alike and non-Muslims.
This issue starts with dialogue which is different from discourse, and when it is placed in the scope of thought; the understanding of others is that we must appreciate the rest and recognize the framework of their discourse to comprehend them.
Discourse is one of the contributing approaches to understanding all the thoughts, and the dialogue lies within its framework; dialogue and listening to others are the first steps to resolve disputes and it is the beginning of discourse. This approach does not state that dialogue will solve all problems, but considers it among the necessities of discourse and solves the problems caused by misunderstandings.

Q: What axes in Islamic civilization can be the basis for convergence, consultation, and cooperation?

The acceptance of Islamic civilization as a single civilization, despite plurality, requires its components to hold dialogue with each other. The Islamic World must realize the importance of the issue of unity in spite of plurality. All different aspects of civilization can be studied in economic, political, cultural and other fields. Moreover, intra-civilizational dialogue should not begin from the dispute and divisive issues. A dialogue that starts with the source of difference is doomed to failure.
Based on some theories in the area of convergence, dialogue should begin with non-ideological issues such as economic, commercial, functional, environmental, cultural, historical, and common Islamic heritage, and so on. But here a question comes to mind as to why Islamic civilization, which once was the avant-garde of various civilizations, has been weakened today?

Q: What should be the core features in the Intra-Civilizational Dialogue of the Islamic World?

The core features of the intra-civilizational dialogue of the Islamic World should be based on an unconditional dialogue and far from fanatical thoughts. Another important indicator of pluralism is the recognition of differences. We must accept other groups and talk to them; if this is not done, the conditions would be the same and nothing would change.
Free dialogue without prejudice, should be included in these indicators. It would result into achieving the best opinion and suggestion; of course, this has no sense in the beliefs arena, because while recognizing others beliefs, we are not going to waive our beliefs in the dialogues.
In addition to the previous features, an acceptable dialogue about the strong points of the Islamic World is part of the axis that, unlike rejectionist dialogue, does not create discord.
The Islamic World in such talks must examine its capacities and capabilities, and engage in these fields by mobilizing Muslims because the development and progress of Islamic civilization in all aspects is in the best interest of all.

Q: What steps do you suggest for intra-civilizational dialogue in the Islamic World?

One of the steps is “Track II” diplomacy whereby governments will act in compliance with détente and resolve their differences in order to build trust.

In addition to government agencies in “Track II” diplomacy, Non-Governmental Organizations and institutions should also engage in exchanges of thoughts; this diplomacy has been very effective due to the presence of elites and reference groups. Of course, these measures are not enough but imperative.
The presence of the media and cyberspace actors in this area is very important because, in the context of differences and misunderstandings of the Islamic World, which are engineered and portrayed as hyper-reality, the cyberspace is an important actor and prepares the platform for positive dialogues.
These points can also be followed by subsequent steps in order to shape continuous and non-cross-sectional programs, in which cultural and elite groups have an exchange of ideas on common issues, which will not exacerbate their negative outlook.

Q: Out of the governments, academics, think tanks, religious centers, or NGOs who should create and follow these talks for effectiveness?

All these institutions and organizations should pursue dialogue at all levels, apart from government affiliation, and this is not limited to a specific area. Although the manifestation of various domains such as the cultural sphere in politics emerges, political dissent is not beyond the scope of other differences; the conflicts of the Islamic World have an intellectual and ideological root that is manifested in politics.
Experience shows that if governments do not have the political will, other actors will not be able to do anything to resolve differences, and misunderstandings will be reproduced. Also, government institutions in the Islamic World, in contrast to Europe, play a better role in strengthening the convergence field.

Q: Which governments should take the first step in this direction?

The first step should be taken by neutral governments that are not involved in the conflicts; they can play the role of mediator, such as Oman. There is no particular sensitivity in this country. At one time, Algeria played the same role in the Middle East.
Other governments negotiate through intermediary countries before they come to direct dialogue, but this is not enough for the start. If the Islamic World wants to overcome the problems, it is necessary for an intergovernmental dialogue to be conducted under the leadership of important countries of the Islamic World, such as Iran, Saudi Arabia, Turkey and Egypt within the Islamic civilization.
Dialogue among blocs in the Muslim World seems to be more important because of wide disagreements of all kinds and in order to solve these problems, dialogues should be held with the rest of the countries and coercive solutions should be avoided so that the Islamic World would get results. If the criterion is based on simply reacting to other states, the intra-civilizational dialogue does not take place, and it will be meaningless.

Q: How can the intra-civilizational dialogue of the Muslim World correct the negative image that emerged from the Islamic World after the rise of al-Qaeda and ISIS?

The type of al-Qaeda struggle was war with the enemy from distance, while inspired by the American think tanks, the ISIS believed in fighting the close enemy. These groups, especially ISIS, intensified the divisions in the Islamic World; therefore, in the Muslim World, there should be dialogues based on the single view on terrorism, because there is no good and bad terrorism.
Political dedication in the campaign against terrorism eliminates unity of thought. Consequently, coordination does not take place. If we want to find an honest solution, we must discuss the nature of terrorism, so that the link between Islam and terrorism can be reformed.
Cultural thinking in a country is to imagine that any problem has one solution, but there are several steps to be taken to solve one issue.
It is imperative that the dialogues and practices of the Islamic World be reflected among international public opinion: our record in the context of shaping international and regional ideas was not good.

One of the most important examples and historical patterns is the dialogue of proximity of religions that began at the time of Ayatollah Boroujerdi, and he strongly supported the alignment of Islamic religions with Islam.
Ayatollah Boroujerdi met with the presidents of Al-Azhar University in Egypt at the time of Sheikh Abdul Majid Salam and Sheikh Mahmoud Shaltot and some other religions and schools to recognize the Shiism. This was a successful historical example that was carried out at the level of the Ulema in jurisprudential form.
The essence of religious and ideological recognition is very helpful in solving disputes. After the Islamic Revolution too, an assembly for the proximity of religions was created in this regard. A more famous example at the level of religious dialogue is the Organization of the Islamic Conference or the Organization of Islamic Cooperation which was launched after the Al-Aqsa Mosque was set on fire. Although it is not in a good position now it is relevant to the discursive debate.
Other political cooperation was carried out within the framework of the Organization of Islamic Cooperation (OIC). For example, mention can be made of the Crisis Committee for Bosnia; but there were other successful examples that need to be revived and strengthened again.

Q: What are the intra-civilizational capacities of the Islamic World and who are its rivals today?

Islamic civilization has potential and actual capabilities in all economic, commercial, historical, cultural, discursive and other areas.
One of the readings from Mohammadan (PBUH) Islam is political or revolutionary Islam, which can be a strong point of the Islamic World; Meantime, opponents can also exploit this discourse and, as a result, link Islam to terrorism. They want to neutralize the discourse and capabilities of the Muslim World.
Islamic civilization will be better off in different areas by resolving the dispute and starting a dialogue, but it is not in good condition now as a result of the activities of the enemies of Islam to create divisions for their own benefit. It is natural that the rivals of the Islamic World in achieving their goals do not see their interests in the unity of the Islamic World.
However, we should not be disappointed with Islamic civilization; right in time of disappointment, efforts must be made for dialogue, but we should not expect positive results in the short term, because the process of problem-solving is long and step-by-step, and all the differences cannot be resolved simultaneously.

JCPOA remains if sanctions are away

The Complex Phenomenon of Religious Extremism