Nearly 13 years of the Labor Party’s rule in Brazil came to an end with the coming to power of Jair Bolsonaro as a far-right president. These days some experts are talking about the future of the country and its regional and trans-regional policies, especially in the Middle East.

To discuss the developments in Brazil’s politics, we interviewed Amir Tafreshi, a senior expert on Latin American affairs. The full text of the interview follows.

Q: What are the reasons for Bolsonaro’s victory under far-right slogans in the recent presidential elections in Brazil and the defeat of Lula da Silva and his party after 13 years?

The triumph of the new government in Brazil is the result of a three-stage process that begins with a parliamentary coup, in which the elected president, Mrs. Dilma Rousseff, is dismissed, and Mr. Michel Temer, the former chairman of the House of Representatives as a right-wing force, and an opponent of the Labor Party, is assigned in charge of the country for 14 months.

The second phase of this process is extensive mass media propaganda over the 14 months against the Labor Party, accusing them of widespread financial corruption. This, of course, does not mean that the Labor Party had no corruption record during the three terms in power, but the fact is that this volume of negative propaganda was aimed at eliminating the leaders of the Labor Party in order to prepare the public for the implementation of the third stage.

Lula da Silva’s elimination from the presidential race as the main rival of Bolsonaro is the final stage of the process. After the overthrow of Dilma Rousseff through a parliamentary coup, Labor Party Leader Da Silva nominates as a presidential candidate. Da Silva is recognized in all the pre-election polls as the first chance of winning the presidential race; some even forecast that he would win in the first round; but without enough evidence he is put on trial and is taken into jail after the court convicts him on corruption and receiving bribes and thus he is barred from running for presidency.

After the conviction of Da Silva, everyone acknowledged that this was a politically motivated ruling; nevertheless, none of the appeals was accepted. Even at one stage, a federal judge rejects the first court ruling and orders his release from jail. But the Brazilian judiciary again rejects his decision and in this way, he is banned from running in the election.

The interesting point is that the same judge who put Da Silva on trial and blocks his participation in the presidential race has now been appointed the Minister of Justice under the Bolsonaro administration. These all show that the process to bring Bolsonaro to power and eliminate the Labor Party had been pre-orchestrated.

Q: Why some experts and mass media have nicknamed Bolsonaro the “Trump of the Tropics”?

Despite some differences, there are commonalities like patriotic nationalist tendencies between Trump and Bolsonaro. For Trump, America and its interests are first; Bolsonaro too in his campaign slogans claimed that only Brazil’s interests were important for him.

On the other hand, the two presidents oppose the globalization trends and believe that this process should be replaced by the state-nation identity. Bolsonaro has assigned a fellow, Ernesto Araujo, with anti-globalization inclinations as secretary of state, which confirms this fact.

Bolsonaro’s intellectual orientation is Christian-Jewish religious denomination. He is a member of the Evangelical Church and has a prophetic outlook amongst Christians as the closest Jewish thought, but Trump has economic nationalist thought, which is one of the differences between the two.

Due to Jewish Christian tendencies, Bolsonaro has a civilizational outlook on global issues and is, therefore, more oriented towards the Zionist regime than Trump.

Q: What changes will the new government in Brazil create in its regional policy?

The right-wing current in Brazil enjoys strong backing due to its propensity for the United States, and this became more and more apparent as they assumed power, and they are known as the opponents of the left-wing in Latin America and its neighboring countries.

Brazil’s withdrawal from the domino effect of Venezuela’s regional supporters in the country’s critical condition is significant for the United States because the administrations of Da Silva and Rousseff always opposed foreign interference in Venezuela’s internal affairs under Chavez and Maduro. In this situation, Washington could not use Brasilia’s capability as the biggest regional force against Caracas.

But with the coming to power of the Bolsonaro government, Brazil’s regional support for Venezuela will be cut. As a first step, Bolsonaro refused to recognize Maduro’s new government, elected by popular vote and severed diplomatic relations with Caracas calling it illegitimate. Bolsonaro did not invite anyone from Venezuela to his inauguration ceremony and has announced that he will not attend Maduro’s inauguration either. Bolsonaro even claimed that in the case of Russia’s continued military movements, he will allow the United States to establish a military base in Brazil.

Q: Considering Bolsonaro’s support for the Zionist regime, how do you assess the future policies of Brazil in the Middle East?

One of the main slogans of Bolsonaro prior to the elections was the change in Brazilian foreign policy, which would surely undergo paradigmatic and multifaceted changes under Bolsonaro. These changes have different dimensions, including confronting any kind of leftism in Latin America. On the other hand, we will witness Brazil’s opposition to the processes that lead to the strengthening of the globalization trend.

During the election, he raised the de-ideologization of foreign policy and accused the former governments of directing the foreign policy of the country by relying on leftist ideology. Bolsonaro has made this claim while he himself is pursuing a new ideology in Brazilian foreign policy.

In this context, he will support any move in favor of the Zionist regime, but at the same time, Brazil hosts the largest immigrant Arab community in Latin America, with millions of people residing in different parts of the country, especially in the south. Brazil, as the largest economic power in the region, has extensive economic exchanges with the countries of the Middle East, which the new government will take into account.

More than 70 percent of the Brazilian economy is in the hands of the private sector, and the policy of supporting Israel could make it difficult for its trade with Arab countries. On the other hand, the Arab League has warned Brasilia it would cut ties if it transferred its embassy to Jerusalem, which is why the new government is hesitant in moving its embassy to Quds.

Q: How about the future of Brazil-Iran relations with the coming to power of Bolsonaro?

Part of the future of Iran-Brazil relations depends on the behavior of Tehran. With the settlement of the new government in Brazil, naturally there will be restrictions on the relations between the two countries, but if Tehran adopts an active approach, it will be possible to maintain positive relations with Brasilia.

Iran should use Brazil’s private sector capacity in trade ties. Today, the volume of trade between the two countries is more than two billion dollars, a significant amount of which is in favor of Brazil due to the export of basic goods to Iran. That is why the trade balance is in favor of Brazil now.

The IRI diplomatic machine can provide conditions for interaction with the Brazilian private sector through accurate, proactive and appropriate planning as passive exposure at this stage will not have positive outcomes.

By outlining an appropriate strategy for relations with Brazil, Iran’s diplomatic machine can pursue ties with Brazil without concern and based on the national interests of the country. 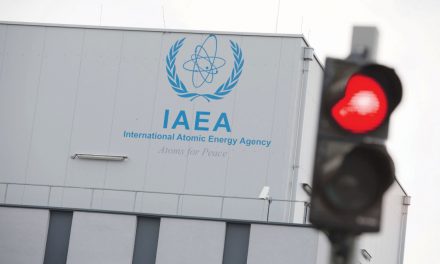 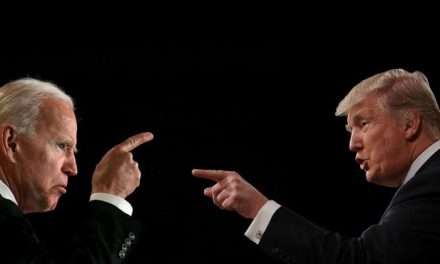 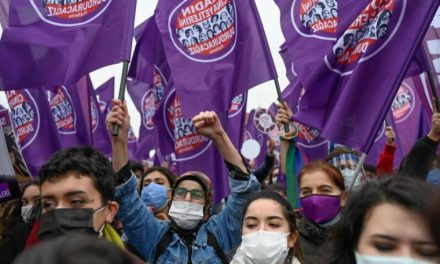