Strategic Council Online – Interview: An expert on the Middle East affairs commenting on the signing of a free trade agreement between the Zionist regime and the UAE, which covers 96 percent of trade volume between the two sides, said: The purpose of such contacts under the economic banner is to create a Hebrew-Arab coalition in the region and because the borders of the Axis of Resistance have expanded to the borders of the Occupied Territories and pose security risks to Tel Aviv, the regime is trying to change this balance of power in its own favor through political and security ties with the UAE, Bahrain and even Morocco.

In an interview with the website of the Strategic Council on Foreign Relations, Davood Ahmadzadeh stressed: The United Arab Emirates, after Donald Trump came to power in the United States, under a plan designed by the Americans, especially Trump himself, for the Arab Middle East, sought to establish an authority on the littoral side of the Persian Gulf to normalize relations with the Israeli regime.

Pointing out that this US approach led to the Abraham Accords, Ahmadzadeh added: Following the signing of the agreement, we are witnessing extensive political and economic ties between the UAE and the Israeli regime, especially in the security and military fields. Of course, such contacts had a previous history.

According to the expert, although the engine and pioneer of this movement was introduced as the United Arab Emirates, apart from Abu Dhabi, Saudi Arabia has also established secret relations with that regime for a long time.

Regarding the objectives of such coalition-building, he explained: The main objective behind this coalition in the region has been stated as confronting the Islamic Republic of Iran, and in this regard, inciting Iranophobia, to create more insecurity in the region, was placed on the agenda of this Hebrew-Arab coalition which is referred to as Arab NATO.

The expert on the Middle East affairs continued: Hitting Iran’s national interests in the region, including creating more instability in Syria and Iraq and full control of Yemen after the suppression of pro-Iranian Houthi forces, has been another objective of this coalition-building.

Referring to Tel Aviv’s security view of the agreements, Ahmadzadeh said: The defeat of the Zionist regime in the region, especially by pro-Iranian resistance forces in previous wars from Lebanese Hezbollah and Palestinian jihadist forces on the one hand and Iran’s approach to the borders of the occupied territories on the other hand, has doubled the security holes of the regime due to the presence of the Resistance Front in Lebanon and Palestine. Therefore, the regime, with the support of the United States and some European countries, is trying to get closer to Iran’s borders by normalizing relations with some Arab countries, especially the United Arab Emirates and Bahrain.

He also explained the consequences of the Zionist regime’s presence in the region and said: The conditions of the Zionist regime’s presence in the region not only, in view of the experts on the regional affairs, has not raised the issue of security for pro-peace countries and for the normalization of relations with the regime, but also caused more insecurity and instability. On the other hand, given the previous claims of the reactionary Arab regimes, especially Saudi Arabia and the UAE, in support of Palestinian rights, normalization of relations with Tel Aviv could confirm the views of the usurper Zionist regime in the region, including the permanent occupation of Holy Quds and further displacement of the Palestinians.

On what would be the benefits of Abu Dhabi and Tel Aviv in this regard, Ahmadzadeh added: As it was mentioned, the economic goals of such contracts are more in the interest of the Israeli regime, which is taking action to plunder the region’s oil and gas resources, with the guidance and support of Western countries. He explained that under the banner of economic discussions, security and military discussions are also considered by both sides, but the Zionist regime pursues more objectives and interests in this direction.

The expert on the Middle East affairs also commented on the future of this trend and said: The UAE is pursuing a dual game in the region; on the one hand, it has normalized its relations with the Israeli regime, and on the other hand, in recent months we have seen the presence of some UAE security and military officials in Tehran to expand relations and resolve the problems between Tehran and Abu Dhabi.

Ahmadzadeh stressed: The future of relations between Iran and the Persian Gulf countries and relations of those countries with Tel Aviv depends on certain components. In this regard, he referred to the issue of the Joint Comprehensive Plan of Action (JCPOA) and said that the JCPOA is very effective in those relations.

The university professor added: We have to see where the JCPOA negotiations will go. The possible agreement between Iran and the resolution of the problems and the return of the United States to the JCPOA will have a positive impact on relations between Iran and the Arab countries. That is why the Israeli regime has been trying in recent months to prevent any attempt by Iran and the 4+1 to conclude the talks.

According to the expert on the Middle East affairs, the talks between Iran and Saudi Arabia mediated by Baghdad are also important in order to orient such relations; because it seems that despite the UAE’s progress in establishing relations with the Israeli regime, Saudi Arabia is still the political and security authority in the region, and Riyadh, through its own policies, is not willing to fully normalize relations with the Israeli regime. 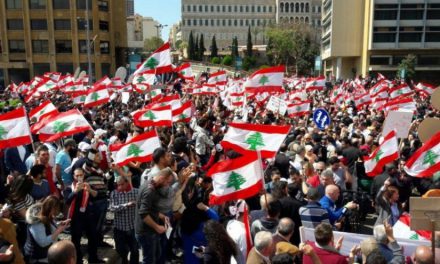 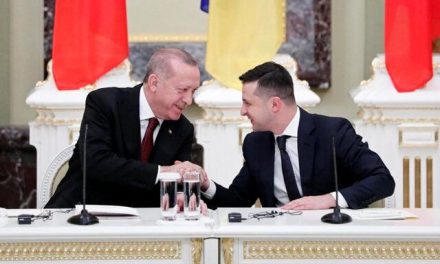