Strategic Council Online-Interview: “Even if European countries put the issue of sanctions on Russia’s oil on the agenda seriously, they do not seem to be able to put it into practice such sanctions,” said a professor of political economy.

Alireza Soltani told the Strategic Council on Foreign Relations that despite the Russian government’s reliance on certain mechanisms, monetary, financial, and banking sanctions appear to have had many challenges for the Russians, with negative consequences for the devaluation of the national currency.

He said sanctions on Russia could be divided into economy and energy sectors, referring to the efforts of Europe to reduce dependency on Russia’s energy.

He said the power of Europe to impose sanctions on Russia’s oil and gas sectors are difference, adding that in practice, the European Union has no intention of boycotting the purchase of Russian gas, because the economy of Europe and many European countries is dependent on Russian gas, and any disruption in the transfer of its gas to Europe poses a great challenge to the European economy; So the Europeans are not looking to talk to the Russians about buying gas.

This political economy university professor said what is most at stake in Europe is Russia’s embargo on gas exports to Europe, which could halt or reduce Moscow’s gas supply if the Europeans increase their economic pressure on Russia. Hence, they are looking for alternative ways.

Referring to the negotiations among European countries to find solutions to cut dependency on Russia’s gas, he said the Russians are also not open to using gas tools to put pressure on Europe; Because, in any case, this forces the Europeans to go more quickly and seriously to supply the gas they need from sources and sources other than Russia; So in order not to provoke the Europeans into changing the basis of their gas supply, the Russians have not maneuvered much in the current situation, and it seems unlikely that they will want to use the gas tool effectively.

“The European Union (EU) has announced another plan to put pressure on Russia, including a boycott of Russian oil. Since the beginning of the Ukraine war, the EU has focused on oil sanctions as a powerful tool that could force the Russians to strain by buying oil from Russia if the crisis and Ukraine military aggression continue, but despite more than two months since Russia’s military invasion of Ukraine, the European Union has not yet succeeded in implementing this policy in a coherent manner,” he said, adding that Russia’s move to invade Ukraine and annex Crimea has prompted Europe to seek to reduce its unilateral dependence on European gas.

Referring to opposition by Hungary in adopting the sixth sanctions package against Russia, he said Hungarian officials have lamented Europe’s inattention to its problems with cutting off Russian oil imports, calling it costly for their country and comparing it to dropping an atomic bomb on the Hungarian economy. Although in practice some European countries have reduced their oil purchases from Russia, this has not been under the heading of a Russian oil embargo.

He said that the head of the European Commission also said that there was little chance of an agreement between the 27 EU member states on a ban on Russian oil imports, adding that it seems that the Europeans are now looking for options to finalize the sixth package of sanctions, one of the most important of which is to abandon the idea of ​​banning the import of Russian oil and petroleum products and to continue other programs in the package of sanctions.

“Despite efforts to hurt Russia’s economy and cut off its revenues, Moscow’s oil and gas revenues have been steadily rising since the start of the war, reaching a record high of 1.8 trillion rubles, or more than 27 billion dollars setting a new record in April,” he said, adding that the consequences of reducing the purchase of Russian oil would be felt in the long term and would result in rising oil prices.

He said that European efforts have prompted Russians to seek new marketing for their oil shipments, adding that naturally, Asian markets, especially China and India, are new markets in which the Russians are counting, and in this turbulent and complex market, they are being offered their oil cheaper than the market price. This has also created problems for Iranian oil, as the Russians try to take over the informal markets held by Iran to sell their surplus oil.

He added that even if European countries take the issue of Russia’s oil embargo seriously on the agenda, it does not seem to be implemented in practice, and Russia has received the necessary message in this regard.

Asked about the deal between Germany and Qatar to purchase oil as of 2024, he said Russian supplies 45 percent of Germany’s gas needs, but Qatar has said it will not supply all of its gas to Germany. Germany has allocated 3 billion dollars to acquire four floating gas receiving terminals, and France and Italy are considering similar options. In fact, European countries are considering several alternatives to buy gas, one of the most important of which is Qatar, which will do it through LNG terminals.

He said that the Europeans can also consider Iranian gas, although it faces obstacles; Of course, Algeria and North Africa are also considered; However, Europe do not seem to be able to impose serious and effective energy sanctions on Russia.

“At least in the short term, this is not possible for Europe, as some technical issues do not allow them to move quickly in this direction and find alternatives to Russian oil. Changing energy export lines is very expensive and not easy. In fact, energy sanctions are inaccessible to Europe, but they have been effective in the monetary and banking spheres, as they have been so far”. 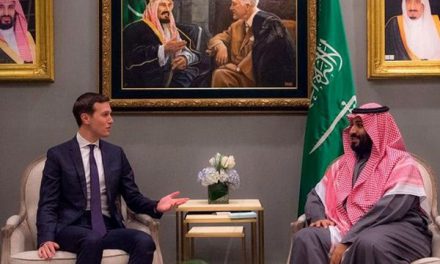 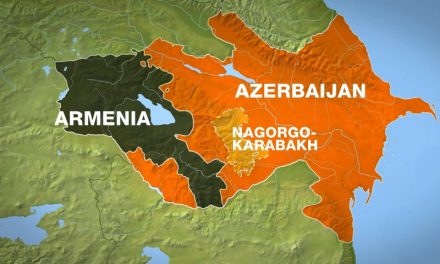