Strategic Council Online: The most important cooperation potentials of the Economic Cooperation Organization (ECO) and the Regional Comprehensive Economic Partnership (RCEP) are: RCEP’s significant contribution to the global economy, the common interests of certain member states of both organizations in trade and economic war with the United States, and RCEP’s open doors to admit other economic organizations.

The 8th Regional Comprehensive Economic Partnership Intersessional Ministerial Meeting was held in Beijing, China, on August 2-3, 2019. As RCEP, like ECO, pursues economic cooperation, promotion of free regional trade and contribution to the growth of member states, the potentials of cooperation between the two organizations has been discussed in an interview the website of the Strategic Council on Foreign Relations has conducted with Reza Majidzadeh, an expert on foreign relations.

Q: Given the structure of RCEP and ECO, are there any grounds of cooperation between the two organizations?

On the other hand, ECO is a regional organization established in 1985 by Iran, Pakistan and Turkey with the aim of economic-technical-cultural cooperation between member states. Seven countries — Afghanistan, Azerbaijan, Kazakhstan, Kyrgyzstan, Tajikistan, Turkmenistan and Uzbekistan – joined the organization in 1992. ECO has been around for over half a century. Iran is the Secretary General of ECO until 2020. The ECO Articles of Association emphasizes the sustainable economic development of its members, the gradual elimination of trade barriers in the region alongside a joint program of member states’ human capital development and development of communications and transportation.

While RCEP is open to any outside involvement and welcomes the cooperation of other Asian countries, ECO also welcomes cooperation with other economic organizations in developing its economic areas. Therefore, the most important partnership between ECO and RCEP is: RCEP’s significant contribution to the world economy, the common interests of certain member countries in both trade and economic war with the United States, and the open doors of RCEP to attract other economic organizations. However, the existence of these nominal capacities alone is not sufficient and the definition of practical joint economic projects will play a central role in the cooperation of the two organizations in parallel to the will of the parties to establish a formal partnership.

Q: What are the strong and weak points of each of these two organizations?

The most important strength of RCEP is the membership of China, India and Japan in the organization. Future studies have emphasized the increasing economic power of India and China in the future economy of the world, and now China is challenging US economic power. As China’s Belt and Road Initiative covers many member states. But regarding ECO, the often conflicting political approaches among member states, which stem largely from the influence of transnational and international players, are one of the organization’s major weaknesses. But the presence of countries such as Iran, Pakistan and Turkey in ECO is a strong point for the organization. Overall, having two strong economic actors is the most important positive point, and there are political disagreements between some of the major actors in the two organizations.

Q: What obstacles must be overcome to make this partnership work?

ECO membership requirements include neighborhood. One of the most important barriers lies in the proximity of the region to membership in the ECO, while RCEP has an open approach to membership and cooperation with other organizations. Of course, China’s particular focus on Central Asian economies, including Kazakhstan and the project on expansion of the Silk Road to Europe is a context that can change this weakness. Also Iran, as secretary of the ECO, should adopt a constitutional reform strategy towards an open approach to new and existing members and follow the favorable economic conditions along with attracting inter-organizational cooperation. But the bigger disadvantage is the internal conflicts and controversies inside ECO itself. First, ECO members must move from a risk-based balance of political distrust to a benefit-based balance of regional cooperation, coordination and confidence in order to be able to work effectively with other regional organizations.

Another hurdle that needs to be removed are the conflicts between members of the two organizations; relations between India from RCEP and Pakistan from ECO have been strained and there are often signs of a tendency on both sides to get involved in military conflict. Given India’s heavy weight at RCEP, helping to resolve conflicts or encourage the two sides adopt a diplomacy-based approach could make it easier for the two organizations to work together. 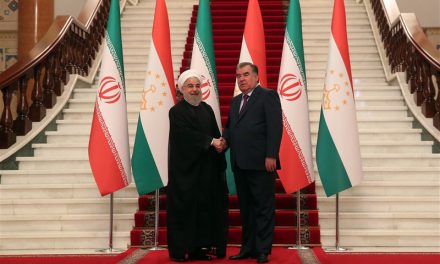 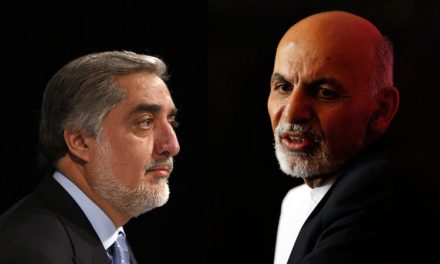