Strategic Council Online: If China reduces its investments and deposits in the United States it will inflict great losses on Washington; therefore, before this happens, Trump will be forced to make a compromise with China.
Ismail Bashari – China Affairs Expert

The trade war, also known as the tariff war between China and the United States, has intensified following the recent G7 Summit in France. The Chinese Ministry of Commerce announced on Friday, August 23, that more than 5,000 US items worth more than $75 billion will be subjected to new Chinese tariffs. According to the Commerce Ministry, tariffs on these goods are 5% and 10%. Earlier this year, US President Donald Trump had said he had to confront China on trade, even if it caused short-term damage to the US economy because he said Beijing has been cheating Washington for decades.

Meantime, in response to Washington’s decision to impose more tariffs on Chinese goods worth $550 billion, a few days ago China warned the United States that it would face the consequences if it did not end its wrong actions.

It should be noted that the tariff war between China and the US was kicked off since Donald Trump’s election campaign; he had at the time stated that the US-China trade balance deficit was to the detriment of the United States, and believed that Beijing had in some cases caused damage to the American economy. This, Trump said, means that they do not respect the copyright and that some of the goods they produce are without regard to the copyright, and that they deliberately keep their money’s value down in order to prevail over international competition in commercial races. Trump, on the other hand, believes many of the funds will go to China instead of boosting business and employment in the United States. For these reasons, the president had even announced before the election that he would raise tariffs on Chinese goods if he wins the election. He has taken several steps in this regard.

In the tariff war, of course, China alone is not the US target but Europe and some South American countries have also been under pressure.

To counter these actions by the United States, China and some other countries have taken countermeasures. China has increased tariffs on American goods several times, and France has increased its tariffs on software. In the wake of this trade war, Donald Trump has threatened to withdraw from the World Trade Organization. So this war takes on new dimensions at every juncture.

In the meantime, Trump has considered some discounts and makes some retreats but goes back to the starting point after some time. Because China is a powerful economy, it can counter the US and we have to wait to see how this story goes. Let’s not forget that Donald Trump’s biggest advantage in the US election campaign is that he has been able to boost the US economy to some extent. While the US economic boom had begun since Barack Obama’s presidency, Trump got all the credit!

In the foreign policy area Trump has not been successful and the works he has done have either failed to bear fruit or have been to the US detriment.

Therefore, the only advantage Trump can now use in his reelection campaign is the economy. But if different countries impose tariffs on American goods and affect the US economy, the US president will lose the same privilege. On this basis, it appears that Trump will probably make a compromise, especially with China, in the coming months. China is one of the buyers of US bonds and one of the countries that managed to keep the dollar rate somewhat high. So if China reduces its investments and deposits in the United States it will inflict great losses on Washington; therefore, before this happens, Trump will be forced to make a compromise with China. 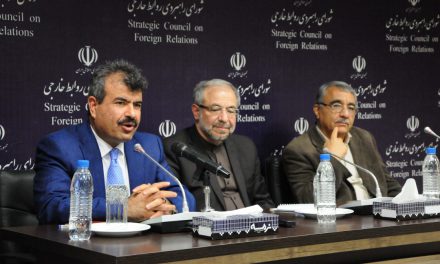 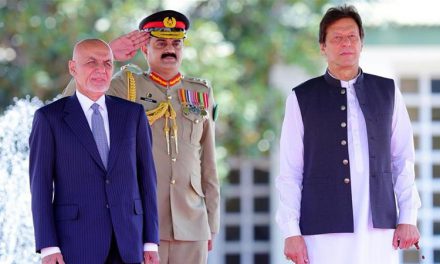